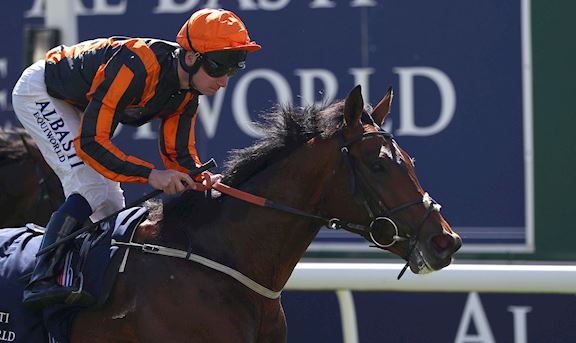 Two supplementary entries - Sir Dragonet and Telecaster at a cost of £85,000 each - were made yesterday to the premier Classic, the G1 Investec Derby, at 4.30pm on Saturday, June 1.

Both three-year-old colts were impressive winners of their Derby trials, with the unbeaten Aidan O'Brien-trained Sir Dragonet, owned by the Coolmore partnership of Sue Magnier, Michael Tabor and Derrick Smith, coming with a devastating run from last to first in the G3 Chester Vase on May 8 after making a winning debut in a Tipperary maiden on April 25, both run over an extended 12 furlongs.

Sir Dragonet, sired by 2012 Investec Derby winner Camelot, is one O'Brien's eight-strong team among the 15 three-year-old colts going forward for the 240th running of the Investec Derby over 12 furlongs and six yards. 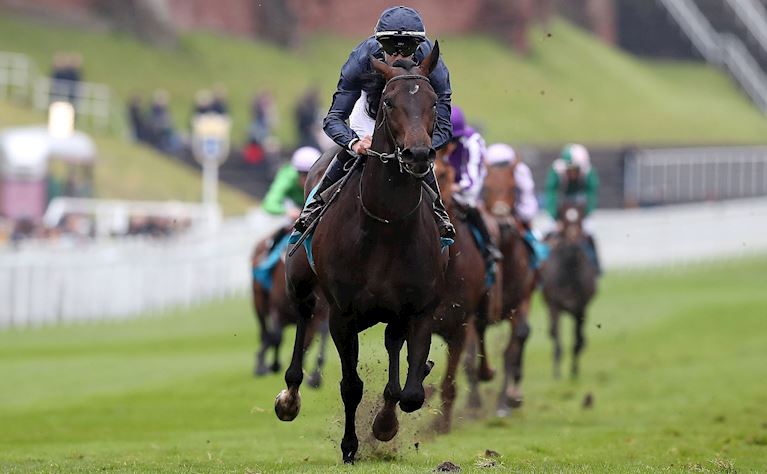 Sir Dragonet is the 3/1 market leader with Unibet, the official betting partner of the Investec Derby Festival.

Telecaster (5/1), trained by Hughie Morrison, is the other colt added to the Investec Derby field this morning. He too is by an Investec Derby winner, New Approach who triumphed in 2008, while his dam Shirocco Star finished second in the 2012 Investec Oaks, beaten a neck by Was. 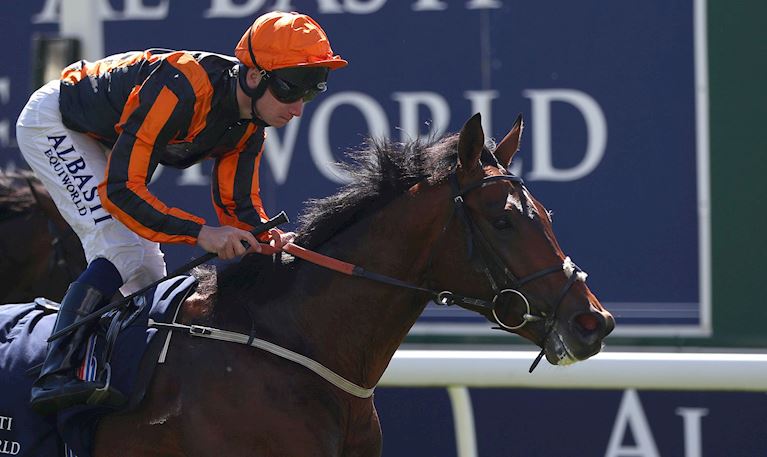 He is another who did not race at two and his three starts this year have culminated in winning the G2 Dante Stakes at York on May 16 from Too Darn Hot, the pair clear. The runner-up went on to finish runner-up in the mile Classic, the Irish 2,000 Guineas, last weekend.

Morrison, who trains in East Ilsley, Berkshire, explained about the Castle Down Racing-owned colt today: "We have been happy with Telecaster since the Dante Stakes - there have been no issues or negatives with him.

"It was an easy if very expensive decision to supplement him - it is the next five days that will be difficult.

"He is now a definite runner in the Investec Derby unless something goes wrong between now and Saturday.

"Telecaster had a nice spin this morning and Oisin Murphy was very happy with him. It was a breeze over five furlongs with Marmelo.

"He has won a fast ground, while his mother liked some juice in the ground so I think he will go on most going.

"Telecaster beat some good horses in the Dante - he had the run of the race. We went out to win that race and he pulled out enough to win.

"I think he is always going to be fizzy - if he wasn't on the day you would be worried. His mother was fizzy and ran a huge race in the Oaks. Regarding the track at Epsom Downs, you don't know until you try, but he went around Windsor well which is quite a good education because they have to spurt to the bend, get a position, slow down and quicken up a long way out.

"We certainly hope he is going to stay the extra distance of the Derby - I don't think he would win a Derby on the Dante performance - you have got to keep improving and have something up your sleeve.

"He should stay - I am sure Oisin will ride Telecaster as he finds him on the day. He is pretty settled at home in his work to be honest - he switches off. I think he did so in the Dante - he was bit free early on, but they probably weren't going fast enough for him.

"Marmelo is a magnificent horse to train and in great form at the moment - maybe Epsom may not suit him, but we will find out on Friday (runs in the G1 Investec Coronation Cup over 12 furlongs on Investec Ladies Day, the first day of the Investec Derby Festival).

"He and Telecaster are two very good horses. Telecaster is the best three-year-old over middle distances that I have trained - I have not had anything of his quality before."

Murphy added this afternoon: "Telecaster has only had three runs and looks very exciting. He has a huge future and we just want to look after him as best we can.

"The Derby is the most important race and we have got the right candidate and I am really looking forward to it and delighted they are giving me the opportunity to ride him.

"His father won a Derby and his dam was second in an Oaks so he is very much bred for the job. We just have to hope that everything goes right between now and the race and we can give it our best shot.

"We don't really know where we are with him as he is so lightly raced. He has improved dramatically with each start so we are still learning about him, but he is very exciting and hopefully he will continue his upward curve.

Ruler Of The World, the 2013 Investec Derby winner, is the most recent victor of the premier Classic who did not race as a two-year-old.

Commander In Chief 20 years before that was the previous one, while Morston (1973) and Phil Drake (1955) have been the other two not to have raced as juveniles since 1946.

Andrew Cooper, Epsom Downs' Clerk of the Course, commented today: "We are delighted that Sir Dragonet and Telecaster have been supplemented for the Investec Derby.

"We are extremely grateful to the connections for their support."

Cooper provided an update on the ground ahead of the Investec Derby Festival.

He said: "The ground is Good at the moment.

"We irrigated the course most recently on Friday night into Saturday morning. There are possible showers in the next 48 hours so we will wait and see what happens.

"So the next time we will consider watering is on Wednesday morning.

"As ever, we are determined not to run the Investec Derby on ground that is quicker than Good to Firm."

O'Brien other seven Investec Derby contenders are headed by Broome (9/2) who has captured two G3 Derby trials at Leopardstown this year. The Australia colt was the impressive eight-length winner of the Ballysax Stakes in April and then landed the Derrinstown Stud Derby Trial in good style on May 12.

Veteran Irish trainer Kevin Prendergast is set to be represented in the Investec Derby by G2 winner Madhmoon (12/1), owned by Hamdan Al Maktoum, who finished fourth behind Magna Grecia in another Classic, the G1 QIPCO 2,000 Guineas at Newmarket on May 4, and is expected to stay the extra half-mile at Epsom Downs.

The Roger Varian-trained Surfman (25/1) finished well in third in the Dante, while Humanitarian (40/1), from John Gosden's yard, made all to win a Salisbury 10-furlong novice race on his May 16 reappearance after a slight set-back earlier this year.

Godolphin's Line Of Duty (33/1), trained by Charlie Appleby, disappointed when seventh in the Dante on his seasonal debut, while the other confirmation today was the John Ryan-trained Hiroshima (250/1), winner of a Southwell maiden on May 1.