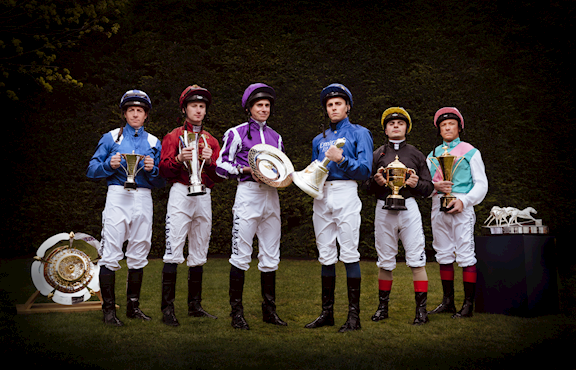 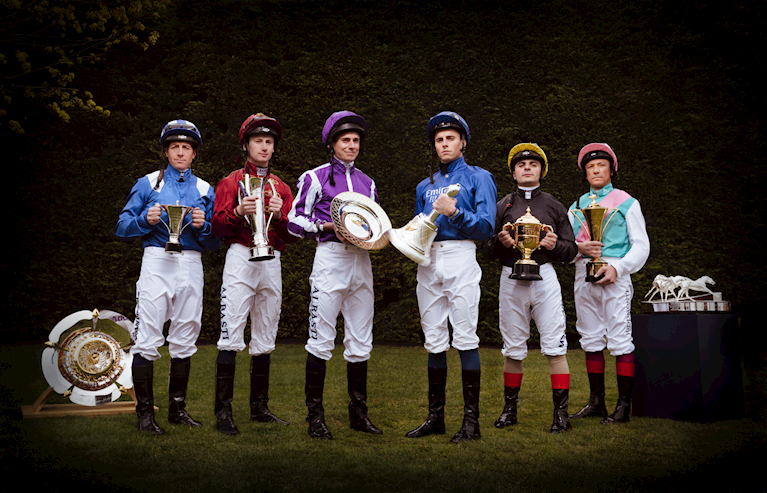 This weekend’s QIPCO 2000 and 1000 Guineas at Newmarket marks the start of the 2019 QIPCO British Champion Series. To celebrate its launch, QIPCO British Champion Series brought together some of the sport’s leading jockeys along with eight of the most coveted trophies in racing.  The image captures the finest of British flat racing and reflects the world-class series sporting action that awaits.

The QIPCO British Champion Series is contested over five different categories in which horses, jockeys, trainers, and owners, vie to be the greatest. Over a range of distances, these contests demand speed or stamina, and class.  The series culminates with the richest raceday in the British calendar; QIPCO British Champions Day at Ascot.

Last year the six pictured jockeys combined to claim an incredible 23 wins of the 35 races that comprise the QIPCO British Champions Series.  Frankie Dettori topped the 2018 series with a total of seven wins.  Four of those successes were courtesy of the exceptional long-distance performer Stradivarius, who is set to perform strongly again in this year’s series.

Part of the champion series, you can see the famous Oaks and Derby in action at this year's Investec Derby Festival, book tickets online now.