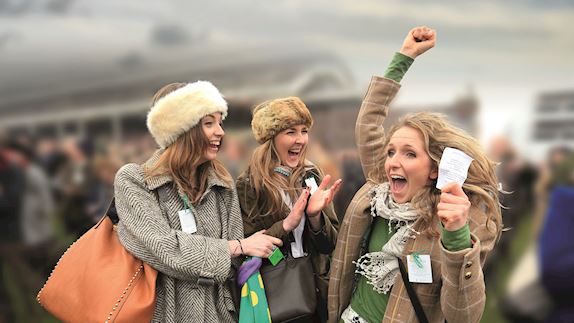 With another bumper crowd expected, the message for racegoers heading for Warwick's most popular meeting of the year on New Year's Eve is to come early, writes David Hucker.

Highlight of the card is the £10,000 Local Parking Security Conditional Jockeys' Veterans' Handicap Chase over three miles, part of a series run around the country that culminates in a £50,000 final at Newbury in March. The races are for horses aged ten and upwards and provide an interesting mix of jockeys at the start of their careers teaming up with mounts who have had plenty of experience at jumping.

In announcing the series back in September, the British Horseracing Authority's aim was to ensure that a larger portion of the veteran horse population have opportunities to be competitive for enhanced prize money and is in addition to the established highly-popular series which operates at Class 2 level for horses rated up to 150.

The Local Parking Security Novices' Handicap Hurdle over two miles and three furlongs gets the action underway and a repeat of last year's contest which saw Top Decision and On Raglan Road separated by just a neck at the line will get the crowd cheering.

New for this year is the Centre Course Party Enclosure, which will have a tiered grandstand, plenty of seating inside a giant marquee boasting refreshments from a range of food and drink outlets, plus music from Irish band Lampa. Tickets are priced at £12.50.

“The New Year's Eve Raceday is a hugely popular fixture that continues to grow each year and we’ve put new measures in place to cater for that growth” said manager Andre Klein.

“These changes will ease congestion and reduce queue times across the course – enhancing the experience for those looking to get their New Year’s celebrations started early with us.

In addition to our normal bars, we have brought in a record number of external catering outlets and the new enclosure in the centre of the course will create even more space to enjoy the day.

We pride ourselves on providing the best experience possible at all of our racedays, so we have listened to the feedback from 2018 and are confident these changes will improve the experience on the afternoon.”

Gates will open two hours before the first race at 10.25am and there is ample free parking inside the course.

The meeting is followed by Classic Chase Day on Saturday 11 January, which will be shown on ITV, and racegoers can bag a bargain with two tickets for £30 if bought before Friday 3 January.

As well as the Classic Chase, the richest race run at the track, there is the Grade 2 Hampton Novices' Chase, plus the Ballymore  Leamington Novices' Hurdle (Series Qualifier) as part of a seven-race card that gets underway at 12.40pm.

Racegoers can also enjoy free racing heritage talks with some of the star jockeys and trainers of yesteryear, plus a special fashion parade of classic racing attire through the ages.