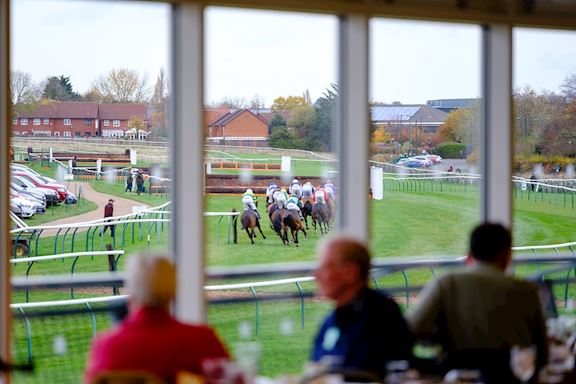 Preview ahead of racing on Saturday at Warwick Racecourse

The ITV racing team will be at Warwick on Saturday for the McCoy Contractors Classic Chase Day, the course's richest raceday of the season, writes David Hucker.

There is a total of £200,000 to be won across the seven-race card, with £75,000 on offer for the feature. The present Classic Chase was introduced in 2004, although a similar race, the Warwick (Brooke Bond Oxo) National Chase, had previously been staged from 1974 until 2000. The former race fell victim to frost and snow seven times and was also abandoned through waterlogging in 1975,  but the current version has fared much better, having only been lost twice since its inception.

Rosemary Henderson on Fiddlers Pike in 1993 and Bryony Frost, who took the 2018 running on Milansbar, are the only two female jockeys to have won the race and, last year, Sam Waley-Cohen became just the third amateur after Henderson and Richard Hoare.

The race's profile was raised in 2017 when One For Arthur was successful before going on to win the Randox Health Grand National and Milansbar carried Frost into fifth place behind Tiger Roll a year later.

Last year's winner Impulsive Star has been out of form since, having been pulled up in all his three subsequent starts and looks one to avoid this time.

One horse for whom this race looks tailor-made, however, is The Conditional. Raised 5lb for finishing runner-up to De Rasher Counter in the Ladbrokes Trophy at Newbury, he was priced up at 5-1 favourite on Tuesday, although does have another entry on the card.

The Grade 2 McCoy Contractors 2020 Construction News Awards Finalist Hampton Novices' Chase over three miles looks a pretty even contest with eight of the nine runners rated within 9lb of eachother. Highest Sun from the in-form Colin Tizzard stable may be the one to be on.

With the Cheltenham Festival now just over two months away, there will also be interest in the Grade 2 Ballymore Leamington Novices' Hurdle (series Qualifier) to be run over a trip of two miles and five furlongs. Willoughby Court took the 2017 running en route to landing the big one at Cheltenham for trainer Ben Pauling and he has two entries this time in the shape of One Touch and Whatsupwithyou.

The meeting opens at 12.40pm with the Trial Racing TV For Free Now Novices' Handicap Hurdle over two miles, which is followed by the Class 3 Project Management Services Oxford Ltd Edward Courage Cup Handicap Chase, run in memory of one of racing’s most successful owner/trainers, who sent out a host of winners from his base at Edgcote near Banbury, notably dual Cheltenham Champion Chase victor Royal Relief and Spanish Steps.

Racegoers can also enjoy free racing heritage talks with some of the star jockeys and trainers of yesteryear, plus a special fashion parade of classic racing attire through the ages, featuring racing style from the 1920's to the 1980's modelled by ten fashion and design students from Royal Leamington Spa College.

Purchase tickets here and save £5 compared to the on the day price.