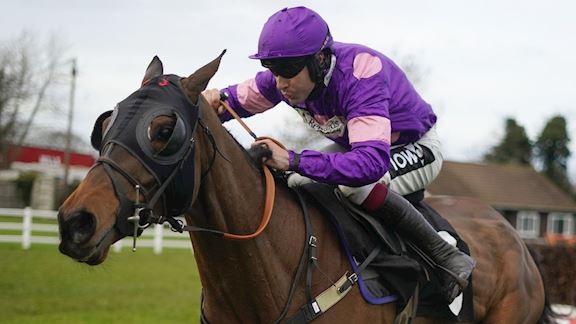 SHERWOOD EXPECTS WINCANTON GROUND TO SUIT SEASTON SPIRIT, THE COMEBACK HORSE WHO WAS DAYS FROM BEING SOLD

Oliver Sherwood expects Seaston Spirit to revel in the testing conditions when attempting to extend his unbeaten record this season in the Dick Hunt Handicap Chase at Wincanton today (Thursday 4th February).

The progressive eight year old is two from two this campaign having followed up his facile success in his return to action over hurdles at Ffos Las with victory in last month’s Sussex National at Plumpton on his switch back to fences.

Although the Lambourn trainer has reservations about the suitability of the track for Seaston Spirit, who is one of 14 entries in the 3m 1f prize, he is optimistic those fears can be allayed by the presence of heavy ground.

Sherwood said: “This race wasn’t the number one plan but I wanted to get another run into him before we look at either the Eider or Midlands National as a target. I couldn’t keep him on the boil between now and either of them and though Wincanton is not his ideal track but beggars can’t be choosers.

“The track might be a bit too sharp for him but he is in the form of his life and he will love the ground.”

Had it not been for a victory at Lingfield just before Christmas in 2019 then Seaston Spirit may not have been lining up in the race at all, according to Sherwood.

He added: “I said after his last race I can’t believe how much he has improved. In 2019 Leighton (Aspell) won a race on him off 98 at Lingfield but before that the owner and I were tearing our hair out and we were going to sell him, and he was in the sales.

“Since then, bar one disappointing run at Chepstow, when I shouldn't have run him as he had a reaction to a flu jab, he has not stopped progressing. It’s just bizarre, he must have known he was going to be sold as since then it’s been onwards and upwards!”

Meanwhile Tom George is confident Springfield Fox can bounce back to form on more suitable conditions after pulling up in last month’s re-arranged Welsh Grand National at Chepstow.

The Slad handler said: “I couldn’t believe how quick the ground was in the Welsh National as it felt like good to soft ground and he really wants testing ground.

“In a race like that on that sort of ground he wasn’t experienced enough and they were just going that stride too quick for him. He made a mistake and that was the end for him.

“He has come out of the race well and if the ground is bottomless it will slow everything else down no matter where it is. After this he might well go to the Eider or the Grand National Trial as they are the races he needs to be running in on really deep ground.”

The Ben Case-trained Shanty Alley is another seeking to secure a hat-trick of wins this season following victories at Uttoxeter and Doncaster, while The Kings Writ, from the yard of Kayley Woollacott, will bid to go one better than in last month’s Somerset National at the track.

Other notable entries include Lamanver Pippin, who finished third in last year’s National Hunt Challenge Cup Amateur Riders’ Novice Chase at the Cheltenham Festival, and is one of two runners in the race for trainer Colin Tizzard alongside Darlac.

Elsewhere on the card the Paul Nicholls-trained Sametegal is the stand-out name among the 18 declared for the Stewart Tory Memorial Open Hunters’ Chase.

The evergreen 12 year old will bid to secure his first success since claiming Grade Three glory in the 2015 Greatwood Gold Cup at Newbury.

In the opening EBF Mares’ “National Hunt” Novices’ Hurdle the Emma Lavelle-trained Wouldubewell, who is one of two runners in the 2m 51/2f contest for the Owners Group syndicate along with Fable from the Nicky Henderson yard, will be out to follow up her last time out Uttoxeter success and maintain her unbeaten record under rules. 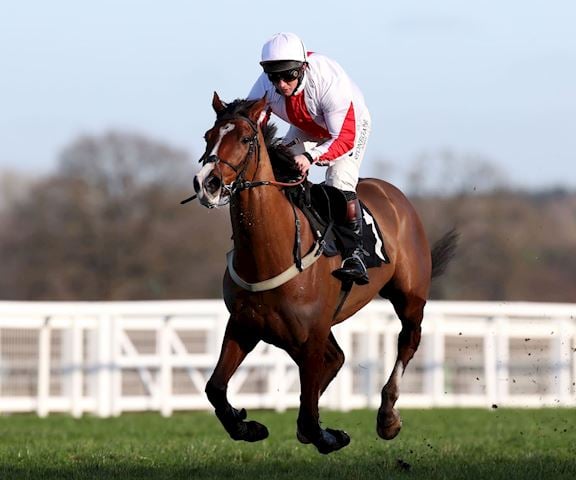