Paul Nicholls was on hand to watch Rainyday Woman continue her progression through the ranks at Wincanton today, before putting his three Ladbrokes King George VI Chase contenders through their paces at the Somerset track on tomorrow morning.

The Ditcheat trainer will give last year’s King George hero Frodon, 2018 and 2019 winner Clan Des Obeaux and new recruit Saint Calvados a gallop at the course as they continue their preparations for the Kempton Park feature on Boxing Day.

While Frodon already has a win next to his name this season in the Grade One Ladbrokes Champion Chase at Down Royal in October, the King George will represent the first port of call for both Clan Des Obeaux and Saint Calvados.

Nicholls said of his King George trio: “They are all fine and we are having a gallop here in the morning.

“They are fit and well and schooled yesterday morning. I’m very happy with them all and just want them to have a nice day out.

“Clan is obviously very fresh and well and he was mad fresh yesterday morning. It is a different preparation to what we have given him leading into the race before.

“Normally he has had a run before going to the King George but I think doing this will suit him better.

“Frodon has had his month off and is now back working away. He looks in good order. He has been bucking and squealing and making himself known in the yard.

“Saint Calvados hasn’t had a run for us yet. He has always gone well in the past so we thought we would go straight there on the back of doing a load of work at home. They are three interesting horses for the race.

“Saint Calvados ran very well in the race last year. He just didn’t jump well in the straight so we have done lots of jumping.”

And he added: “In my eyes, the main two have to be Frodon and Clan on what they have done on the form. They are in good shape.

“Clan looks as good and as well as ever in himself. Frodon is Frodon! We are just looking forward to the race now.”

Meawhile the 12 times champion trainer hinted that an outing in the Grade Two Ballymore Leamington Novices’ Hurdle at Warwick (Saturday 15th January) could be next for Rainyday Woman following her seven and a half length victory in the MansionBet Proud To Support British Racing Novices’ Hurdle (2m 4f).

Nicholls said of the 1-2 winner: “She is a big strong filly that is improving all the time. I was a bit worried about running her quick as it was only 12 days after her last win her but I thought it was a winnable race.

“If she had jumped better at Ludlow she would have probably won that day. That first run was the making of her. She jumped well the first day and now she is fantastic.

“I think a flat track suits her. There is a Listed race later this month at Taunton which we won with Posh Trish. That is an option.

“We could look at running her against the geldings in the Warwick race who she would get seven pounds off. She is a good mare.”

Victory for Rainyday Woman was the first in a 10.25-1 double for jockey Harry Cobden, who later steered the Jack Barber-trained Electric Annie (13-2) to victory by 12 lengths in the Follow @mansionbet On Twitter Mares’ Handicap Hurdle (2m 4f).

And while Philip Hobbs prepares to give stable star Thyme Hill his first start in Britain this season at the weekend, the trainer appears to have another promising type on his hands in Earth Company, who secured the MansionBet Best Odds Guaranteed Handicap Hurdle (2m).

Speaking after the 5-2 chance prevailed by a length, Hobbs said: “He is a little bit keen early on but that is through greenness.

“It would definitely be an advantage (running in a bigger field with more pace on) I would have thought.

“He has got loads of speed so I would have no thoughts of going further as he travels very well.

“Ninety per cent of it is what we see here and not at home and what we have seen so far is very good.”

Thyme Hill will look to put a disappointing return behind him in the Grade One Grand Prix d’Automne at Auteuil at the same level by attempting to go one better than 12 months ago in the Howden Long Walk Hurdle at Ascot on Saturday.

Prior to his comeback defeat Thyme Hill had ended last season on a winning note, with victory in the Grade One Ryanair Stayers’ Hurdle at Aintree.

Hobbs added: “He seems in very good form. He had his last gallop this morning and that went well.

“I hope we haven’t left our season behind in France as when he ran over there the ground was bad and we put it down to that more than anything else. We don’t know how much it has taken out of him until we run him.”

Our Power ended a losing streak stretching back 18 months when digging deep late on to prevail by a head under Sam Twiston-Davies in the feature Bank-A-Winner With MansionBet Novices’ Limited Handicap Chase (2m 4f).

The jockey said of the Sam Thomas trained 7-2 winner: “I’m pleased he has got his head in front. He was good where he had to be. He has winged the last and was brave and come home in front.” 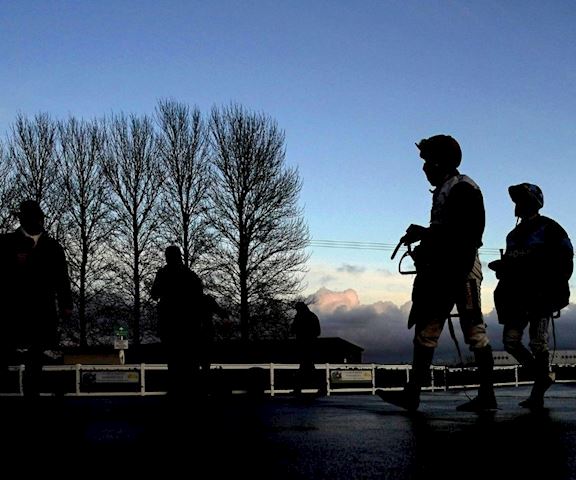 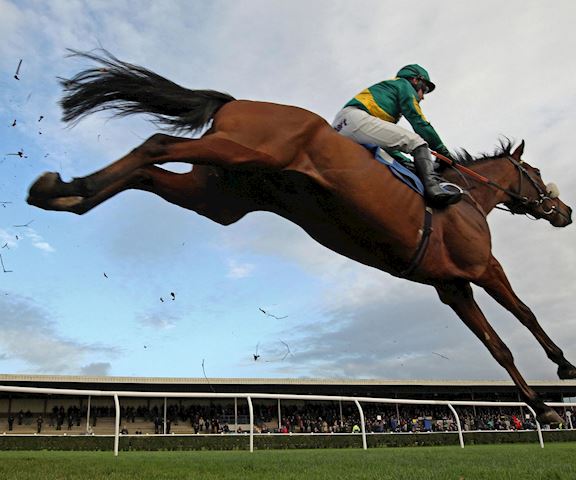