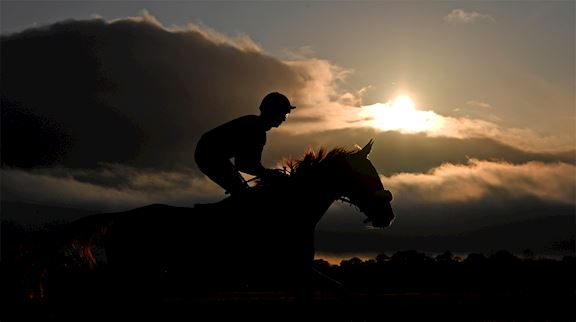 Larkhill has survived the recent storms and is ready to hold its sixth meeting of the season when the South and West Wilts hold their annual point to point. The Clerk of the Course has reported that the current going is good and on the soft side of good in places. A total of 129 horses have been entered for the meeting.  Fences 1-6 have all been moved as well as fence 12 and the bends have all been adjusted to provide fresh ground. In addition to the seven scheduled races which start at 12.00 noon there are going to be a total of three charity races the first two at 11.00am and 11.30am for thoroughbred and the final one after racing for non-thoroughbreds. The principal beneficiary of the charity races will be the Wiltshire Air Ambulance and it is hoped that a good sum of money will be raised for this valuable charity.

The feature race of the day is the Mixed Open for which there are 15 entries headed by the veteran Southfield Theatre unbeaten in his three races this season. A real credit to his owner Angela Yeoman and his trainer Sara Bradstock he is sure to put in another bold front running performance. Potential opponents include Sixteen Letters who has already won twice this season at Larkhill for Josh Newman and Lucy Turner, Dandy Dan who was runner up to Sixteen Letters at the last meeting and was given a good ride by the novice Lauren Keen-Hawkins, Dawn Sunrise who won at Milborne and Cheltenham de Vaige who won at the first Larkhill meeting of the season. Calett Mad has good form when trained for Isaac Souede and Simon Munir but has not yet run this season. L’Incorrigible won a Bumper and a Hurdle when trained by Tom Lacey but now under the care of his owner Clive Boultbee-Brooks he is a very interesting recruit to pointing. Fifty Shades won the Lord Ashton of Hyde Mens Open at Cocklebarrow and he is the selection for this race.

The meeting opens with the Veteran Horse Conditions race for 9-year-olds and over. Sixteen Letters holds an entry for this race and if this is his chosen race, he may be able to continue his winning ways. Highway One O One was second at Badbury last weekend and this race may come too soon for him. Arcal Fifty finally won his Restricted race and always runs well at his favourite course. Wotzizname had good form last season when piloted by Megan Bevan and may give a bold show on his seasonal debut. Clondaw Rigger won a Novice Riders race at Horseheath but this is a stronger race. Blairs Cove won a Conditions race at Bratton Down last season but he is another without a run this season.

The other Conditions race is for Novice Riders and includes a number of regular competitors in this type of race. Olive Nicholls would appear to have the choice of either Monsieur Gibraltar or Old Guard and whichever is declared is likely to be one of the favourites. Dandy Dan holds an entry in this race and may provide Lauren Keen-Hawkins  a chance to ride her first winner on only her second race. Coco Live, Galop du Bosc and Highway One O One all ran at Badbury and their exertions last Sunday may mean that this race has come too soon. Clondaw Rigger beat For Rita at Horseheath but the last named may turn the tables as that was his seasonal debut.

The Restricted race over the shorter trip of two and a half miles has attracted an entry of 21 horses. Nuova Vita won his Maiden well at the course and was then runner up to Lagonda in January. A repeat of that performance may be good enough. Finistere won a Maiden over this trip at Charing whereas Bloodstone won his Maiden at Horseheath. Access Granted won a four runner Maiden in Ireland in November and would be making his UK debut. Dawnie Boy won a Maiden under Bradley Gibbs at Barbury Castle in December 2020 but has not been seen since. He may be the one to give Nuova Vita the most to do.

The remainder of the card is made up of two Maiden races and a Flat race over two miles. The first Maiden over the shorter trip of two and a half miles is exclusively for four-year-olds under the TBA Early NH Racing Initiative. The only one of the entries that has run before is Boy de La Vis for Charlie and Fran Poste who was second at Sherriff Hutton and his racecourse experience may be crucial. Chris Barber has entered Campsie Linn and his newcomers should always be respected and the same comment applies to Bradley Gibbs two entries of Casa No Mento and My Little Toni. This may be a race to watch and see how the youngsters look in the paddock.

The biggest entry of the day is the 29 horses for the Maiden for 5-year-olds and over. Festin d’Un Soir would be an appropriate winner as he has looked like being involved in the finish in two races this season only to lose his rider at Knightwick and then fall at the last at Milborne when alongside the winner.  Spectacular Rival and Mithmaar were second and third in a maiden at the last Larkhill meeting and again may be involved in the finish. Fubar was placed in five Hurdle races for Kim Bailey and could easily win a Maiden. Night Combat was owned by Gigginstown in Ireland but changed hands last year. Keaden Hill only ran in an Irish point to point last month but is now in the capable hands of Bradley Gibbs and should be watched.  Fran and Charlie Poste have entered the unraced Mooloolah and he should be noted.

The Flat race has an entry of 23 horses with only 4 of these having run before. Saxon Diamond stayed on well to be third in a similar race at Larkhill last month and brings the best form. Ontherunagain had Red Rumble behind him in another Bumper in December and should be able to confirm that form. Of the newcomers Talimar Pearl owned by Tom Malone, Rock d’Ete owned by Will Biddick, Lisnasallagh Ruby owned by Maurice Linehan and Arctic Stream owned by Heather Dunn are four to consider. 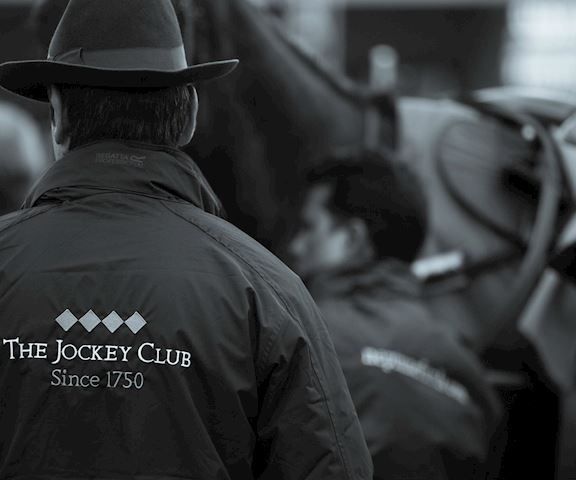