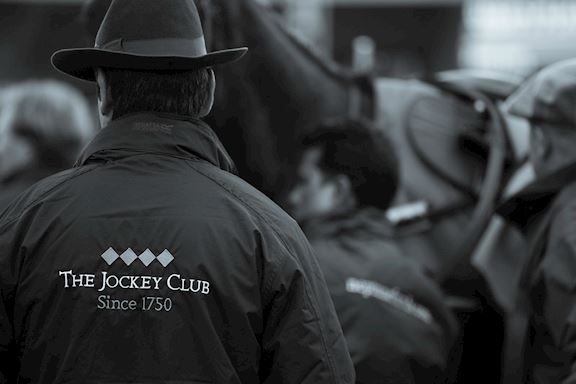 It was a raw and cold but bright day on the Somerset/Dorset border when racing resumed at Charlton Horethorne after a two year absence for the Blackmore and Sparkford Vale point to point. It was a good day for three riders namely Will Biddick, James King and Freddie Gingell who all rode doubles and for trainers Colin Tizzard and Chris Barber who both trained two winners apiece. Most riders reported that the going was quite testing and several horses did not act on that surface.

The feature race, the Ineos Grenadier Mixed Open race, was the closest finish of the day with Famous Clermont ridden by Will Biddick holding off the late effort of Virak ridden by Olive Nicholls by an official half a length. Normally held up for most of his race Will decided on this occasion that the pace was too slow and took up the running at the fourteenth fence. This quickly got his rivals into trouble and he looked in command as they came into the home straight. However Virak is a doughty stayer and Olive Nicholls sensed a chance as the leader started to falter but the post came in time to the relief of the owners the Famous Partnership and trainer Chris Barber. The progressive winner whose first Open success this was is still on target for the Cheltenham Intermediate Final in May but before then Chris hopes to take in a Hunter Chase possibly at Exeter or more likely at Wincanton on 10th April.

This completed a riding double for Will Biddick and a training double for Chris Barber as they had been successful in the previous race the Manor Farm Partnership Maiden with Knockmoylan. Ridden quietly by Will with the horse wearing a hood he gradually made up ground going down the back and despite in his rider’s words ‘hating the ground’ prevailed from Gunner Vic ridden by Heidi Stevens and Liberty Rock ridden by Darren Edwards. Owned by a new partnership for Chris called the Bay Muzzy Rollers Club they are headed by Abi Rousell and friends Joe and Michelle Djeebet who all live in Misterton near Crewkerne. Chris explained that he had acquired him from Ellmarie Holden’s stable in Ireland where he had shown some forms in Bumpers but he had not been easy and was quick to give credit to his assistant Harry Ryall for all of the hard work he has done with the gelding who should certainly appreciate a better surface on his next outing.
Colin Tizzard and his grandson Freddie Gingell teamed up aboard the classy mare Rose of Arcadia to win the Longman Cheese Sales Hunt race. Previously owned by the Cheveley Park Stud her interest in racing is being rekindled by running in point to points and Freddie gets on well with her. She had too much speed for Silsol who is no slouch but could not get in a blow. It is likely that a return to National Hunt racing may be on the cards but Freddie will be hoping that she has a few more races pointing before this happens.

The combination secured their respective doubles when Molineaux comfortably beat Old Guard and Hotel du Nord in the Conditions race. Despite making an error at the fourth last fence the partnership was soon back on an even keel and drew away from Old Guard ridden by Olive Nicholls. Colin described the Kings Theatre gelding as ‘a lovely schoolmaster’ and he has formed a real partnership with Freddie. Subject to how he comes out of the race he may next be seen in the Quantock Hunt race at Cothelstone on Saturday.

James King began the meeting by winning the Tattersalls Cheltenham Four and Five year Olds Maiden race aboard Salt Rock. One of three unraced four year olds in the race James and Will Biddick aboard Inebranlable had a battle down the back straight until Salt Rock started to power away to victory and had fifteen lengths to spare over that rival at the winning post. Beaming with delight after the success Fran Poste explained that he had been showing a lot of promise at home and had now turned this into a real performance on the racecourse. Bought by Fran and her husband Charlie at the Goffs Spring Stores Sale last year he is potentially next likely to be seen at the Tattersalls sales at Cheltenham after racing during the Festival. The performance was even more credit worthy when it was revealed that he had lost a front shoe during the race.

James concluded the meeting by comprehensively winning the Church House Investments Restricted race riding the mare Rose Iland owned by Marita Warner-King. After nearest rival Four Plus had fallen at the third last she only had to coast home to beat Norse Castle ridden by Vinnie Webster. This was a particularly poignant victory as the mare ran in the colours of the late Jason Warner who died last autumn and this was the first victory for the colours since he died. Sadly neither of his daughters Marita nor Rhonda could be present but Jason’s partner Sue King was able to watch the victory for the mare trained by Luke Price. Sue indicated that they were planning to carry on with everything Jason was doing including running the horses and keeping the farm going. Sue did add that she was grateful for the all the help that Geoff Barfoot-Saunt has given to her.