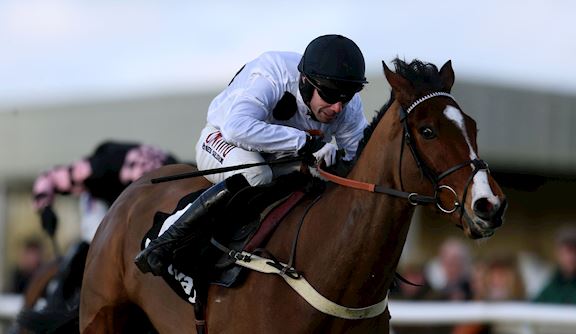 Fast, furious and spectacular, since 1961 the Betway Kingway Hurdle has thrilled and beguiled and on Saturday, February 16 all roads will lead to Wincanton Racecourse for the 2019 renewal one of Somerset’s feature races.

It’s a race that attracts the best two-mile hurdlers in the business - the Lionel Messi’s of football or the Jonathan Davies of Rugby Union – and come Saturday they’ll be putting their Championship credentials on the line ahead of the Cheltenham Festival.

With a role call of winners that reads like a who’s who of racing – Inglis Drever, Bula, Lanzarote, Yanworth, Katchit, Binocular, Hors La Loi III - it’s no surprise that the race is held in the highest regard by jockeys and trainers alike.

Richard Dunwoody, the three-time champion jockey who rode 1699 British winners, has booted home more winners of the race than anyone. Floyd, Valfinet (twice), Dreams End and I’m Supposin all landed the spoils with Dunwoody on board, but it was his win on the Michael Stoute-trained Kribensis that proved the most memorable.

He said: “He was the best of my winners there in 1990 and that same year we won the Champion Hurdle. It was always a very good race with really good horses and a lot of trainers use it as a Champion trial. It’s a flat track and they go pretty quick – it’s probably one of the quickest paces in the country. When you are riding in those types of hurdle races, on good horses, it’s a big buzz, because to be there they have to be good jumpers, and they are like lightning from one side of the hurdle to the other.

“Wincanton was a good track for me. I broke Peter Scudamore’s record there, before AP McCoy came along and thrashed it!”

The seven-time champion jockey John Francome won the race in 1976 on Lanzarote. “Although Wincanton would seem the polar opposite to Cheltenham, it is nonetheless a very good trial. You need a horse with plenty of tactical speed as well as stamina to win at both, which is why you seldom get moderate horses winning at either,” he said, adding, “Lanzarote’s forte was his jumping. He was like a greyhound from one side to the other. He had incredible scope despite jumping with a very straight back. When he got in close he would just kick the hurdle out of the way. He was also almost unbeatable at Kempton to the point that they still have a top class race there named in his honour.”

Richard Pitman’s steered Bula to victory in 1971, and was on Lanzarote when he won in 1974 and 1975. “Bula was not the norm, he worked moderately but came alive when we schooled him,” said Pitman. “I only rode him in the one hurdle as he was Paul Kellaway’s ride and the Kingwell set him up for Champion Hurdle as it is the ideal time before the Festival. His running style was very odd, as he needed to be switched off totally removed from the other runners, two gears, idle and very fast.

“Conversely, Lanzarote was my ride and was a classy flat horse. He loved Wincanton and surged into overdrive when he saw the running rail around the last bend and was just so in charge from then to the finish.” Lanzarote and Pitman went on to win the 1974 Champion Hurdle.

More recently, Jeremy Scott’s saddled Melodic Rendezvous to win in 2014 and recalls that it was a red-letter day. “It was fantastic. Everything went right that day. Nick (Scholfield) gave him a fantastic ride. There were a lot of celebrations and it took us a long time to get home. We’ve had a lot of very good days at Wincanton.”

While Paul Nicholls, who has saddled the winner three times, said: “It’s a good race at the right time of year and a great for Somerset racegoers to see horses of this calibre on their doorstep. It was a sweet day when Rigmarole won in 2004 as he was owned by the then Wincanton chairman Mark Woodhouse.”

Whoever lifts the Betway Kingwell Hurdle crown next Saturday, another great name will be added to the annals as Somerset plays it part in creating racing history. As Richard Pitman says: “Wincanton is so exciting as the regular racegoers are enthusiastic and almost on top of the horses from the second last hurdle, a unique experience for a jockey!”