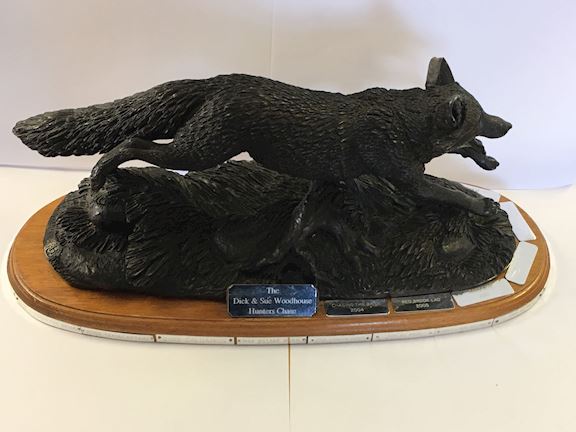 For more than 30 years The Dick Woodhouse Memorial Hunter Chase has been staged at Wincanton Racecourse, and it’s a race held in the fondest regard by farming and racing folk from across the region.

Some of the finest names from the amateur ranks have added their names to the race’s history giving a sense of nostalgia for those past heroes who were lauded far and wide for their brave hearted triumphs.

Dick and his wife Sue were born and lived their whole lives in Dorset. With a life entrenched in horses, their lives centred on hunting and racing horses.

They were celebrated figures in the post war hunting scene making a major contribution to the equestrianism while involved with brewers Hall & Woodhouse, founded in 1777 and nowadays the second oldest family-owned brewers in Britain.

Sue was already a talented leading lady point-to-point rider when she married Dick, and then undertook the training with her husband doing most of the rider, and kicking home the winners of more than 50 races.

They had many well known point-to-pointers, but perhaps the two that stand out most are Woodside Terrace and Highworth.

Woodside Terrace was purchased at Ascot sales for 360gns ad progressed through the ranks until he won the 1965 Cheltenham Fohunters. He was sent off the 100-1 outsider and was Dick’s first ride under rules.

Highworth was a multiple winner of point-to-points and hunter chases in the Westcountry before carrying Dick to his second Cheltenham Foxhunters success in 1970. The following year Dick rode Highworth in his first Grand National two years after he become the joint master of the Portman Hunt with his older brother John

Following Dick’s death from cancer aged 54 in 1983, Sue continued to take a leading role in the sport establishing the memorial hunter chase.

Mike Miller, Leslie Jefford, Alan Walter, Charlotte Tizzard, Rachel Green, Victoria Pendleton, Will Biddick have all been cheered home the winners of the race with many more besides, and come Wednesday a new name will be added to a trophy that holds such a fond place in the hearts racing enthusiasts.