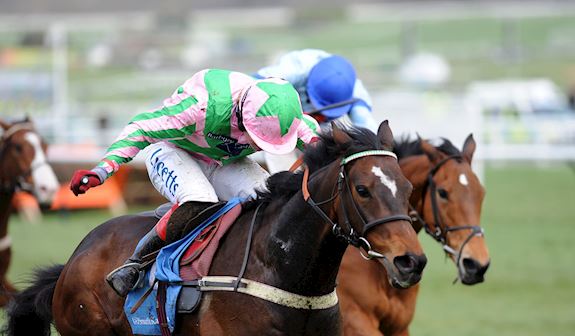 Wincanton takes centre stage on Saturday with racing back on track

Its all systems go for Wincanton Racecourse this Saturday and a terrific day of top-class sport is in prospect.

Racing was given the green light to resume in Britain today (Wednesday) after six blank days following an outbreak of equine influenza.

Now, all roads in the Westcountry look set to lead to the Somerset track where colossal entries have been received across its eight race card including 13 for its eagerly anticipated Betway Kingwell Hurdle. The track will also run the prestigious Listed Mares Chase which has been moved from Exeter following its abandoned on Sunday.

General manager Huw Williams said: “It’s great to be back racing, and we have a real treat for racegoers with a superb day of racing in prospect. There are several notable horses entered, including many who may go on to race at the Cheltenham Festival. We’re delighted that racing is back, and we’re looking forward to welcoming people here to come and enjoy a terrific day out, that is right up there with Somerset’s best.”

The highlight on the card is the grade 2 Betway Kingwell Hurdle, a race of huge significance that puts the county in the sporting limelight. It’s widely regarded as a trial for the Unibet Champion Hurdle which is run at the Cheltenham Festival in less than four weeks time and the country’s slickest and best hurdlers look set to thrill as they vie for racing glory.

With a role call of winners that reads like a who’s who of racing – Inglis Drever, Bula, Lanzarote, Yanworth, Katchit, Binocular, Hors La Loi III - the race is held in the highest regard by jockeys and trainers alike since first held in 1961

Also on the card is the Betway Handicap Chase (for the Harry Dufosee Memorial Trophy), a race steeped in history, and held in memory of the late, great Harry Dufossee who played a pivotal part in ensuring racing continued at Wincanton after the WWII when buying the land with a group of friends.

Eight races will thrill and beguile in all on a day that will be steeped in history as another horse’s name is added to the prestigious Kingwell Trophy and racing celebrates the return of one of the country’s most popular sports.