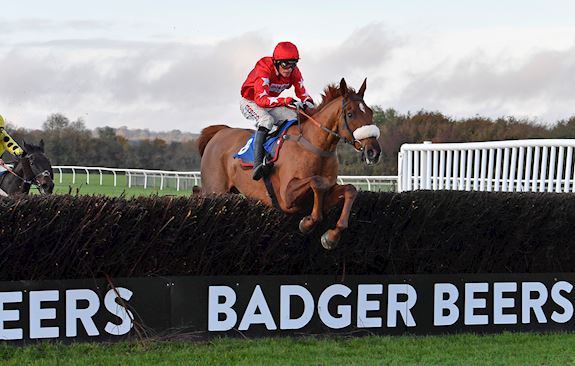 What a day Badger Chase was!

Badger Chase Day here at Wincanton on Saturday was superb. Great racing, a huge crowd, and a fantastic atmosphere all added up to create a day to remember.

Before the Badger Beers Silver Trophy, sponsored by Hall and Woodhouse who is the longest-running sponsor in racing, their two Suffolk Punches pulled the dray down the home straight and the cheers could have raised the roof. It was a spectacular sight. Live music in between each race added to a really super day, despite the torrential rain, which thankfully cleared away.

Sir Alex Ferguson, the former Manchester United manager, paid his first visit to the course to watch Give Me A Copper, a horse he owns in partnership with Jed Mason amongst others, win the Badger Beers Silver Trophy holding on gamely from the Neil Mulholland-trained Soupy Soups.

It was a super win and gave his trainer Paul Nicholls a record tenth win in the race. Heavy rain put paid to Present Man’s attempt to win the race for the third time - he prefers the going quicker and he was pulled up - but he’s sure to find winning ways again soon.

We witnessed a very taking performance from Fusil Raffles who could be a candidate for the Unibet Champion Hurdle come March. The winner of last season’s Punchestown Champion Four Year Old Hurdle, it was his first run against more seasoned opposition when he beat Grand Sancy by three-quarters of a length in the Unibet Elite Hurdle at Wincanton on Saturday.

Another potential star was Reserve Tank, Colin Tizzard’s novice chaser, who made amends for his defeat at Chepstow on his debut over fences when he beat If You Say Run by three and three-quarter lengths in the John Romans Park Homes Rising Stars Chase.