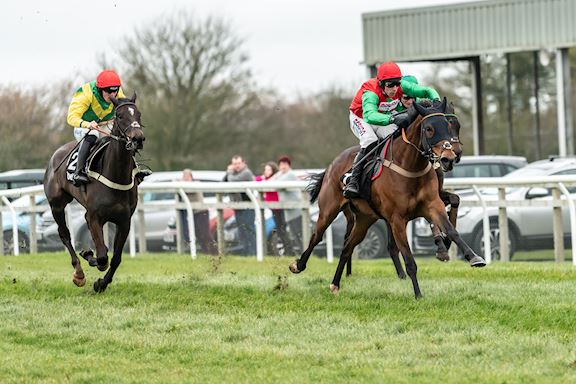 Somerset in the sporting limelight on Betway Kingwell Hurdle Day

All eyes will be on Somerset’s Wincanton Racecourse on Saturday, February 15 when the Grade 2 Betway Kingwell Hurdle takes place.

Widely recognised as one of the final trials for the Cheltenham Festival’s Unibet Champion Hurdle its fast, furious and spectacular and since 1961 it has thrilled and beguiled.

It’s a race of huge significance that puts the county in the sporting limelight when the country’s slickest and best hurdlers thrill the racing public with their awe-inspiring athletisim as they vie for racing glory.

With a role call of winners that reads like a who’s who of racing – Inglis Drever, Bula, Lanzarote, Yanworth, Katchit, Binocular, Hors La Loi III - it’s no surprise that the race is held in the highest regard by jockeys and trainers alike.

Richard Dunwoody, the three-time champion jockey who rode 1699 British winners, has booted home more winners of the race than anyone. Floyd, Valfinet (twice), Dreams End and I’m Supposin all landed the spoils with Dunwoody on board.

The seven-time champion jockey John Francome won the race in 1976 on Lanzarote. Richard Pitman’s steered Bula to victory in 1971, and was on Lanzarote when he won in 1974 and 1975.

And the jockeys on board will draw gasps of appreciation as they steer their mounts towards the winning line. Somerset’s Nick Scholfield, who lives close to the racecourse, was on the 2014 winner Melodic Rendezvous.

He said: “The race is well known as a Champion Hurdle trial and always attracts very good horses. Before I won on Melodic Rendezvous, I’d had a few rides in the race previously. We were very much the underdogs against Zarkandar who was a prolific horse at the time and who’d won the race the year before. But the ground came up very testing, which worked in Melodic’s favour, and with just three strides to go, we managed to edge in front and win.

“It was a really great day for his trainer Jeremy Scott and for all his owners who are all local to Wincanton.  At the time Melodic had a huge following too, it was fantastic.”

Trainer Paul Nicholls, has saddled four winners of the race, including last year’s victor Grand Sancy. He said: “It’s a good race at the right time of year and great for Somerset racegoers to see horses of this calibre on their doorstep. It was a sweet day when Rigmarole won in 2004 as he was owned by the then Wincanton Chairman Mark Woodhouse.”