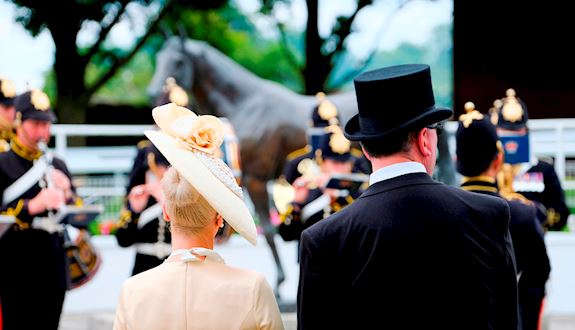 Group One winner Iridessa stars among 60 entries for the 2019 G1 Investec Oaks, the Epsom Downs Classic, details of which are revealed today.

The 12-furlong fillies’ Classic is the highlight on day one of the Investec Derby Festival, Investec Ladies’ Day, Friday, May 31, and carries a total prize fund of at least £500,000.

One of two Investec Oaks entries for Joseph O’Brien and owner Chantal Regalado-Gonzalez, Iridessa provided O’Brien with his first G1 success in Britain as a trainer when powering to victory in the Fillies’ Mile at Newmarket in October.

The three-year-old daughter of 2013 Investec Derby winner Ruler Of The World, who is the 16/1 co-favourite of five with Unibet, official betting partner of the Investec Derby Festival, finished third on her 2019 return in the G3 1,000 Guineas Trial at Leoapardstown on April 6.

Chantal Regalado-Gonzalez is no stranger to success in the Investec Oaks, having seen her colours carried to victory by 50/1 outsider Qualify in 2015. The owner’s other entry, Altair, by 2014 Investec Derby victor Australia, came late and fast to make a winning debut in a seven-furlong Dundalk Polytrack maiden in January.

Joseph O’Brien, who has been a trainer since June, 2016, missed out on partnering an Investec Oaks winner, but was twice successful as a rider in the Investec Derby on Camelot (2012) and Australia.

Joseph’s father Aidan O’Brien, Ireland’s champion Flat trainer for the past 20 years, who trained Camelot, Ruler Of The World and Australia, accounts for 19 Investec Oaks entries this year, the most of any handler, as he goes after a remarkable eighth Investec Oaks victory.

The pick of the three French-trained entries is Camelot filly Wonderment (25/1), who has not been seen out since defeating Sydney Opera House by a neck in the 10-furlong G1 Criterium de Saint-Cloud in October, when she was the only filly in the nine-strong field.

Trainer Nicolas Clement revealed: “Wonderment has grown over the winter and looks a picture at the moment. I could not be happier with her.

“She was a Group One winner as a two-year-old, we have no doubts about her staying a mile and a half, and we think she will handle Epsom, which is why we decided to make the entry.

“She will start off in the Prix Penelope at Saint-Cloud on May 1 and then depending on how she gets on there, we have the option of the Investec Oaks or the Prix de Diane.”

Andre Fabre is the most recent French trainer to have landed the Investec Oaks, courtesy of Intrepidity in 1993, and the handler has two entries this year in Villa d’Amore (20/1) and Tamniah (20/1), who are both twice-raced maiden winners.

There is a scratchings deadline for the Investec Oaks at noon on Thursday, May 16, with the six-day confirmation stage and £30,000 supplementary entry stage on Saturday, May 25.

The fillies’ Classic is part of the QIPCO British Champion Stakes.

Group 1, £500,000 total prize fund. 1m 4f, Epsom Downs, Friday, May 31. For three-year-old fillies only. Horses will only be eligible to run provided they have attained a BHA rating of 80 or higher. Horses who do not qualify for a rating may also be eligible providing the BHA Handicapper is satisfied that the horse’s racecourse performances up to and including the day before confirmation merit a provisional assessment of 80 or more. Horses who have not run will not be eligible. Entries closed April 9, entries revealed April 10 (60 entries), scratchings deadline May 16, six-day confirmations & £30,000 supplementary stage May 25, final declarations 10am May 29.

Breakdown of entries in the Investec Oaks by trainer (with past successes in the Classic):