Coates & Seely and The Jockey Club

Coates & Seely and racing share many attributes:  our grapes are grown on the south facing chalk slopes of the North Hampshire Downs, the home to many top racehorse studs – the perfect “terroir” for award winning wines and racehorse winners.  The vines thrive on the thin layer of topsoil, pushing their roots down into the chalk, never lacking water which emerges from the aquifers deep below.  Racehorses bred on these grasslands have also been proven to thrive, many a winner has been raised on the chalk soil within a stone’s throw of Coates & Seely’s vineyards.

Racing has long been at the heart of British Society.  It has been traditional for a day at the races to include fizz with friends, and now there is the opportunity to crack open English sparkling wines at the bar, in the restaurant or at your picnic - an ideal way to spend a day at the races or to celebrate a victory -  a natural evolution of the traditions, as Coates & Seely is quintessentially a British brand, along with The Jockey Club.

Both C&S and The Jockey Club are so proud to be British and working in partnership.  This harmony was confirmed  by a curious coincidence:  C&S acquired a retired 1952 British Leyland vintage coach, in British Racing Green, with a “champagne bar” fitted at the entrance, from an event company in Belgian.  We repatriated the coach and were thrilled to realise the lucky synergy of the transaction, as it was registered with the number plate “JCK”.  The return journey of the coach to Britain coincided with the signing up of our very special partnership with The Jockey Club.

Albion – an ancient name for Britain - as we have named the coach, gets taken to the races at Epsom, Sandown and Newmarket, where it acts as a perfect focal point to serve our English sparkling wines.  So photogenic is this vehicle, that it has already earned its keep on a number of occasions, by appearing on request on ITV racing news with Francesca Cumani.  Inside Albion are intimate tables to enjoy a glass of C&S, outside are bars in British Racing Green, the colour of our marketing long before we went to the races, with parasols to keep off the blazing British sun. 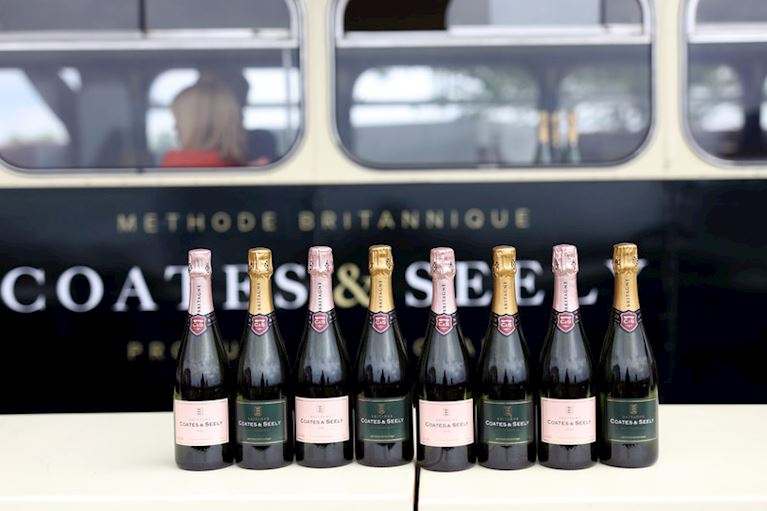 Coates & Seely is a young company, based on an old friendship, between Nicholas Coates and Christian Seely, who studied at business school together in France; idling many a day at the races.  After their respective careers in finance and the wine world, they came together in 2008 to start a business with a mutual passion and the desire to create the very best English sparkling wines.  Their aim from the start was to create wines which reflect the high quality of the English chalk “terroir”, using only the best grapes under the guidance of the top French winemakers and consultants from Champagne.  Their efforts were rewarded from the start - the wines were launched in 2011 and the first discerning hotels to order were the Georges V and Hotel Bristol in Paris; subsequently many top awards have been given; and in 2019 the International Wine & Spirit Challenge gave the trophy for the “top bottle fermented sparkling wine in the world” to Coates & Seely.  It’s like winning the Derby with a newly discovered racehorse, who has been selectively bred from purebred lines, in new surroundings - and we are still celebrating!

Coates & Seely is listed in many top establishments including the Fat Duck, the Savoy, the Dorchester and  Annabel’s; in museums and galleries across London; in five of the Royal Palaces and in ten different countries.  The Rosé is served in Paris by Alain Ducasse in his restaurant, by the glass.   In addition private clients around the world enjoy the fizz and C&S are so proud to be listed by The Jockey Club at so many of their racecourses.

When we cracked open our first bottle, we reflected that if we lived in a wine producing area of the world, or in Champagne, there would be food in the vernacular, local food matchings that would bring out the best in the wines.  Just as winemaking has developed in Britain, so has the availability of top ingredients grown locally, making the development of local food matches a joy.  At Coates & Seely we encourage people to drink C&S not just as an aperitif, or in celebration, but throughout lunch or dinner, as the wines work well with so many foods.  I trained as a chef under Pru Leith and worked around the world as a private chef, and now work for Coates & Seely as the in-house chef and head of events.  I take a particular interest in the wine and food served by the Jockey Club in so many spectacular locations. 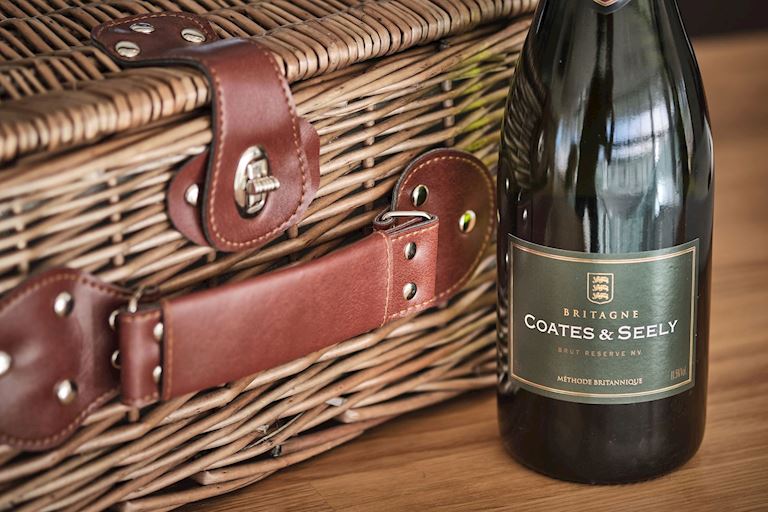 When you arrive at the races, a glass of Coates & Seely is the perfect way to get you in the mood for the day, so I would start with a glass before lunch.  To follow, if you are having a picnic, the Jockey Club chefs have put together an inspired British Luxury Hamper to serve at the races.  The range of ingredients and menu choices reflect the best of British food, yet cooked with Continental flair and confidence, using imaginative recipes, all of which will pair perfectly with the bottle of Coates & Seely Rose NV included in the hamper.  The only snag I can see, is you will feel tempted to open more than the one bottle provided!

Chicken Liver Paté, to start, works perfectly with the Rosé, the earthiness of the paté, matches well the sweet fruit of the fizz.

The Beef and Smoked Salmon, so British, are also a natural pairing.  I love to make Quail Scotch Eggs to serve at picnics, so I am glad to see them included alongside the healthy lentil salad.

The puddings are too tempting, and at this point in the picnic I would take a break from the C&S to pace yourself, with the South Downs Water, to clear the palate and save the last glass of Rosé for the wonderful selection of three English cheeses – another example of the skill in British craftsmanship.   If there is any fizz left in the bottle, bring it out at tea time (or order another one!) - the cream tea, an essential English experience, served with strawberry jam, will be enhanced by a glass of Coates & Seely, and by then you will hopefully be celebrating your victories.

A bottle of Coates & Seely can be found within the Luxury Hamper in the Great British Picnic enclosure at the Investec Derby Festival. 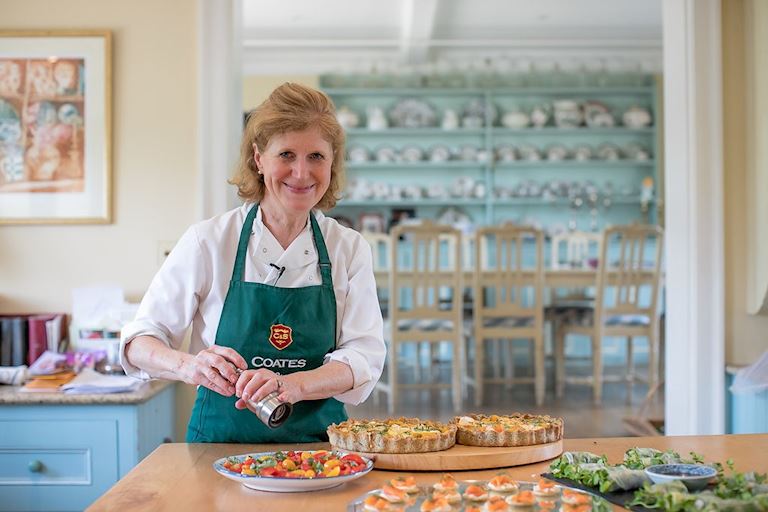 A day in the life: Finance Director