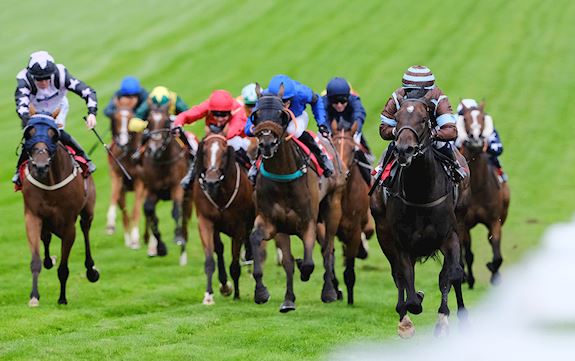 Past local trainers Terry Mills, John Akehurst and John Benstead all had races run in their memory and horses with a local connection to Epsom enjoyed success during the afternoon.

Local owner Brian Millen admits it would be “lovely” if he could secure the victory he has longed for in next year’s ‘Dash’ on Cazoo Derby Day at Epsom Downs with Recon Mission, who bounced back to form at the track in the Terry Mills Handicap.

After suffering four successive defeats, including in this year’s Dash in June, since scoring at the Surrey course in April, the Tony Carroll-trained five year old finally got his head back in front with a front running victory in the six furlong feature.

Despite being pressed either side late on the 11-4 favourite rallied in valiant fashion under his now regular rider Ray Dawson to defeat Spring Bloom by half a length with Kimifive a further head adrift in third.

Millen said: “He has been very unlucky in his last three runs in higher class.

“He got bashed by the winner in the Dash and Ray had to pull him back. Then he went to Goodwood and the same thing happened as the winner bashed him and he is only little.

“A small field today was perfect. He has won here over five but this is a totally different course.

“He has had a long old season and you can’t just keep going on with these horses. You have to look after them. He might have one more race and then have a break.

“I’m an Epsom boy and I’ve lived here for 60 odd years so I love coming here. He will definitely come back for the Dash. I’ve run him in it before and Boom The Groom. I’ve run loads of horses in it and it would be lovely to win.”

Simon Dow enjoyed a day to remember after Arenas Del Tiempo ground her rivals into submission by three and a half lengths in the John Benstead Handicap – a 10-furlong race run in memory of the former Epsom handler who passed away in 2019.

“For him to be commemorated with a memorial race that my filly has won is a special day for us.”

On the successful 5-2 favourite he added: “She wears her heart on her sleeve and is a very brave filly. It is wonderful for Rob (Moss) owner for all the support he has given the industry and particularly Epsom.

“It is wonderful that a he has produced one out of a mare that he has raced himself and that is going very much in the right direction.

“She is completely suited to this place with the twists and turns and the undulations. I’m already thinking about what can we do with her next year.”

William Buick kept himself in the hunt for a first Flat Jockeys’ Championship with an 11.6-1 double which was completed by the victory of the Charlie Appleby-trained New Mission (4-5 Favourite), who claimed the Jim Ferguson Memorial EBF Maiden Stakes by a neck.

The Classic-winning rider said: “We are in the title fight and we are working hard and trying to make every race count.

“I can’t see myself going somewhere for six minor rides if I had a good ride at a big meeting.

“The big days are very important and I’m very privileged in my job so that comes first but the other winners in between also count.”

On New Mission he added: “He did a lot wrong there and didn’t handle the track at all. He got the job done that is how I would describe it.”

First time blinkers appeared to have the desired effect on the Kevin Philippart de Foy-trained Smooth Talking (6-1), who initiated Buick’s brace when landing the Chantilly Nursery Handicap by two and a half lengths.
Buick said: “It was a very winnable race. The first time blinkers worked and he won well. He showed a good attitude. That was my second ride for Kevin but my first winner for him. I wasn’t really surprised that he stuck on.”

Stefano Cherchi made his first appearance at the track a winning one after delivering the Chris Dwyer-trained Sir Oliver (11-2) with a perfectly timed run to claim the John Akehurst handicap by a head.

The winning rider said: “It’s lovely to have a winner here as it’s the Derby track. I really enjoyed it. The horse travelled well in the race and he was strong at the end.

“He is in brilliant form and the team have done a great job. It is not an easy track to ride but it is a pleasure to have a winner." 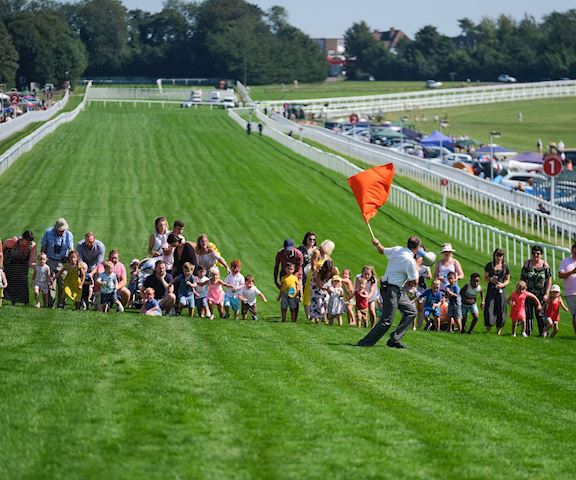