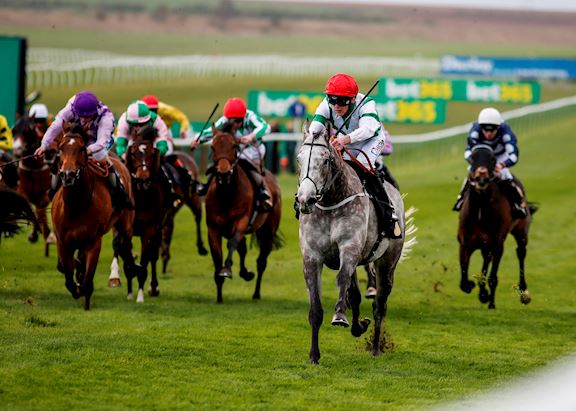 Trained at Malton in North Yorkshire by Richard Fahey, Forest Ranger landed this £60,000 contest by a hard-fought half-length 12 months ago before going on to prevail in the Group 2 Huxley Stakes at Chester.

He also picked up some handy prize money in a valuable contest in Seoul, South Korea, before rounding off his campaign with a narrow defeat in the Group 3 Darley Stakes over this same course and distance in October.

He has run once already this year, travelling out to Dubai to finish seventh in the Group 1 Jebel Hatta at Meydan on 9th March.

A total of 13 entries have been received for the bet365 Earl Of Sefton Stakes and Forest Ranger will have to be close to his best to repeat last year’s victory given potential opponents of the calibre of Mustashry, Elarqam and First Contact.

Elarqam is on the comeback trail having injured his pelvis on his final 2018 start at Salisbury. He had earlier shown his quality by finishing fourth in the Group 1 QIPCO 2000 Guineas.

First Contact is one of four entries for trainer Charlie Appleby. He finished some way in front of Forest Ranger on his latest start, when third in the Jebel Hatta.

Fahey is set to be represented in one of the other highlights of the bet365 Craven Meeting as his Bated Breath colt, Space Traveller, is one of ten entries for the Listed £50,000 bet365 European Free Handicap over seven furlongs on Tuesday.

The running order at this year’s bet365 Craven Meeting has been altered due to ITV Racing’s coverage on Good Friday. ITV 4 will carry four races from Tuesday and Wednesday next week and as a result, the bet365 Craven Stakes will take place on Wednesday, 17th April.

“Forest Ranger is a definite runner in the bet365 Earl Of Sefton Stakes. He likes the course and the intermediate trip of a mile and one furlong and although I would prefer a drop of rain for him I am sure that officials at Newmarket will do a good job of watering.

“He was a bit disappointing in Dubai last time – I had hoped he would stay out there for World Cup Night – but he just didn’t take to the place as well as I had expected.

“He’s been in great form since he got home and he’s something of a favourite around the yard - he’s such a big horse with a great mind and everyone likes riding him. He’s always been very lazy on the gallops, however, and would work the same if you put him with a 70-rated horse as he would with one rated over 100.

“Space Traveller also runs down in Newmarket, in the bet365 Free Handicap on Tuesday. He’s fit and that will be a great place to start him off – we’ll find out which way we are going with him.”