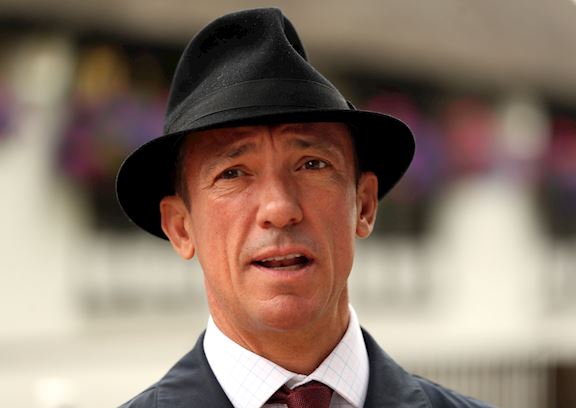 Jockey Frankie Dettori is hoping Extravagant Kid can finally fill the only major gap on his British racing CV by landing the Darley July Cup on Saturday (July 10th).

The six furlong contest is the only domestic Group One race the 50 year old has yet to win, although he has ridden the runner-up on three occasions – Iffraaj (2006), Advertise (2019) and Sceptical (2020).

Dettori said: “I have been living in Newmarket since 1985 and outside of the Guineas this is our biggest race, so I would of course love to be able to win it. I have won races all over the world and it is this one in my hometown that is proving the most difficult.

“I thought I was finally going to do it a couple of years ago on Advertise but he was no match for Ten Sovereigns in the finish and Sceptical ran a great race last year.

Hopefully, I can finally get a July Cup winner – I am 50 years old and so time is precious!”

Extravagant Kid is trained by US-based Brendan Walsh and is a 12-1 chance with bet365 for the race. Winner of the Group One Al Quoz Sprint at Meydan, UAE, in March, the eight year old has stayed on in Britain since finishing third on his British debut behind Oxted in the Group One King’s Stand Stakes over five furlongs at Royal Ascot on June 15th.

Oxted won the Darley July Cup in 2020 and lines up again on Saturday, when he will bid to become the first back-to-back winner of the prestigious sprint since Right Boy in 1958 and 1959.

Assessing the chances of Extravagant Kid on Saturday, Dettori said: “I am not sure he is the best horse in the race but he is the best ride that I could get.

“Oxted thrashed us at Royal Ascot and we have it all to do to reverse the form with him. However, my horse will like the ground and is an honest performer who stays six furlongs well.

“With 19 runners it should hopefully be a strongly run race which will suit and we are drawn in stall 12, which is quite close to Oxted (drawn 16) and that is hopefully where the pace is going to be.”

Dettori was present at Wembley for Italy’s Euro 2020 semi-final victory in a penalty shootout over Spain on Tuesday night, which he described as an “emotional rollercoaster”.

However, he will not be at Wembley for Sunday’s final against England. He added: “England are going to have the advantage of having the home crowd on their side on Sunday but unfortunately I won’t be able to attend as I am going away for a few days with my wife.

“We booked this a while ago and I owe her some time away after approaching two years when it has not been possible to go on holiday!”