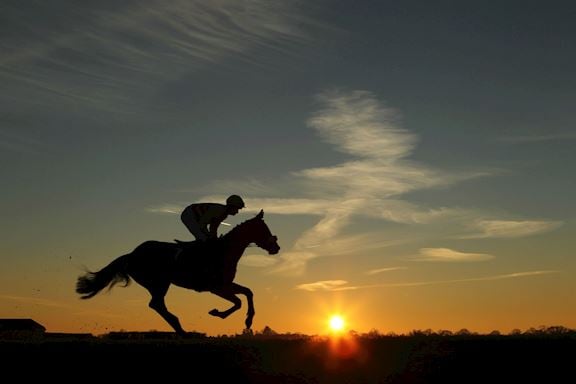 Wincanton Racecourse has been crowned Best Small Racecourse in The South by the Racegoers Club, the official supporters Club for British Racing fans.

At Wincanton’s Season Opener fixture the team at Wincanton Racecourse were presented with a commemorative plaque to celebrate their regional win in the Racegoers Club Racecourse of the Year Competition.

The award, voted for by members of the Racegoers Club, celebrates the best of British Racing. One Club member said of Wincanton, “The thing that distinguishes Wincanton from every other racecourse is the exceptional level of friendly and helpful service you get from all the staff.”

Huw Williams, General Manager of Wincanton Racecourse, said “It’s a huge honour to have been acknowledged in this way by the Racegoers Club and it is very rewarding for the team to see all their efforts recognised, but as important as anything is that all our customers are having a good day when they come to Wincanton.”

Matthew Jones from the Racegoers Club said “Wincanton Racecourse is a firm favourite with many Club members so it was fantastic to see the team be recognised in our Racecourse Of The Year competition. The award is a testament to all the work that has been put into the raceday experience by the team there over the past 12 months and I’m sure that many Club members will be enjoying a day out there this season.”

Join us at our upcoming fixtures, including Combat Stress Centenary Raceday and the famous Badger Chase Raceday. Buy your tickets in advance at the best price.