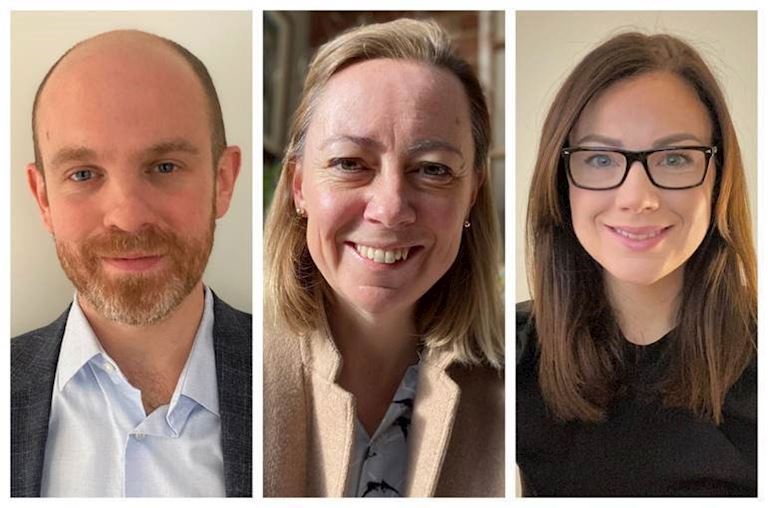 Tuesday 19th January 2021 – One the of UK’s largest sports businesses, The Jockey Club, today announced three senior commercial appointments as part of its future growth strategy and new operational structure introduced on the back of the coronavirus pandemic.

The Jockey Club’s commercial appointments are headed by Charlie Boss who will join from The Walt Disney Company in March in the new role of Chief Commercial Officer. He will be based in the company’s head office in London and report into Chief Executive, Nevin Truesdale.

Charlie is currently Disney’s Commercial Director for Sports across Europe and Africa, where he oversees commercial activities for ESPN including digital media, content sales and direct-to-consumer services. He also leads ESPN’s UK office.

Previously he was Head of Marketing, Commercial & Strategy for ESPN for Europe, Middle East and Africa. He has also worked at the RFU and The FA, and is a Board Trustee of London Sport and a Member of the NSPCC’s Sports Board. He was identified by Sport Industry Group as a NextGen industry leader.

Also joining The Jockey Club’s commercial division is former NFL Director of Partnerships for the UK, Alexandra Goldschmidt, who was most recently Commercial Director at Harlequins, where amongst various commercial achievements she drove the growth of the most successful sponsorship programme within the Gallagher Premiership. She joins as Director of Partnerships on a fixed-term contract covering the maternity leave of The Jockey Club’s Carey Weeks.

The Jockey Club has also promoted Hannah Grosvenor to the position of National Sales Director. Her performance has seen Hannah rise through the ranks since joining The Jockey Club in 2008 in Newmarket. She has held the positions of Sales Executive, Business Development Manager, Regional Sales Manager and Regional Head of Sales.

The Jockey Club, whose Patron is Her Majesty The Queen, stages some of the UK’s most famous events and would normally welcome around four million people to its venues nationwide each year. As well as running the likes of the Randox Grand National Festival, The Cheltenham Festival and The Derby Festival, The Jockey Club is also one of the UK’s leading music promoters, runs The National Stud and operates racehorse training centres in Newmarket, Lambourn and Epsom Downs.

“These are three key commercial appointments for The Jockey Club and I’m looking forward to supporting and enjoying the success of Charlie, Alex and Hannah in the months and years ahead. Their appointments are the latest examples of the kind of talent we are privileged to welcome and nurture within The Jockey Club, which will ensure we recover from the Covid-19 pandemic on as strong a footing as possible.

“Charlie and Alex bring fantastic track records from Disney, The NFL, ESPN, the RFU, The FA and Harlequins between them, while Hannah’s achievements are a product of her own effort and the support around her within The Jockey Club, making her a great exemplar of what any Jockey Club employee can achieve.”

One of the largest sports businesses operating in the UK today (2019 turnover: £216.5 million), The Jockey Club is at the heart of so many aspects of Britain’s second-biggest spectator sport. We run 15 of the UK’s leading racecourses – large and local, where we’re charged with looking after some of the nation’s biggest events, including the Randox Health Grand National at Aintree, The Festival at Cheltenham, The Derby Festival at Epsom Downs and the QIPCO Guineas Festival in Newmarket. We welcome thousands of racehorses a year to our training centres in Newmarket, Lambourn and Epsom. We run The National Stud in Newmarket and our charity, Racing Welfare, makes help available to all of racing’s people. We are governed by Royal Charter to act for the long-term benefit of British Racing and our Patron is Her Majesty The Queen. For more information please visit www.thejockeyclub.co.uk.