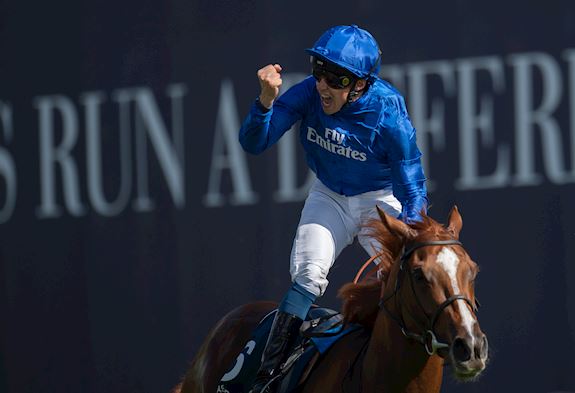 We are very proud to announce that The Investec Derby has been officially named as the Best Three-Year-Old Only race in the world during 2018.

It was a fantastic year of triumph with The Investec Derby race also being ranked overall 12th equal race of the year in the LONGINES World’s Best Horse Race list, which today published its annual list of the world’s top 100 Group and Grade 1 Flat races. The annual race ratings are calculated on the first four finishers in each race, where last year we saw the sensational Masar accelerate to the finish line, beating Dee Ex Bee, Roaring Lion and Saxon Warrior.

The 2018 Investec Derby is also the joint-third best race in Britain, along with the all-aged Coral-Eclipse which takes place at another Jockey Club London Region course, Sandown Park.

This is the first time that this legendary race has been named the Best Three-Year-Old Only race in the short history of the LONGINES World’s Best Horse Race list. In 2017, the race was announced in second place to the Irish Derby and 18th equal overall. In 2016, it was the Classic that was announced third place behind the Japanese 2000 Guineas and Japanese Derby and 30th equal overall. The success of placing first this year as the Best Three-Year-Old Only race is a great achievement for Epsom Downs and means that the Epsom Downs contest finished ahead of the next best three-year-old only races, America’s Kentucky Derby and Australia’s Winx Stakes.

Andrew Cooper, Head of Racing and Clerk of the Course at Epsom Downs, said: “We are thrilled to see the Investec Derby named as the Best Three-Year-Old Only contest in the world for 2018. The 239th renewal of the Investec Derby was exceptionally strong, with Masar coming out on top from Dee Ex Bee and Roaring Lion. The Classic maintains its pre-eminence in terms of quality, prize money and history.

“Roaring Lion went on to prove himself the best racehorse of his generation with four G1 successes. We look forward to seeing Masar returning to action in 2019 with the Investec Coronation Cup at Epsom Downs, won by 2018’s joint-best racehorse Cracksman, a potential starting point.”

We look forward to seeing you at The Investec Derby Festival with Ladies Day, 31st May and the famous Derby Day, 1st June. Be part of the victory this year, book tickets now.