Last year's winner Tanasoq is among 48 entries (up from 42 in 2018) for the £100,000 Investec 'Dash' Handicap over the world's fastest five furlongs (record time 53.69s) at Epsom Downs on Saturday, June 1, Investec Derby Day, day two of the Investec Derby Festival.

Tanasoq, one of seven entries from North Yorkshire-based trainer Paul Midgley, scored decisively up the stands' rail in 2018 and the six-year-old looked as good as ever on his 2019 return when defeating El Astronaute in a conditions race at Musselburgh on 2nd April.

Midgley has also engaged Tarboosh, Line Of Reason, Merry Banter, Mutafarrid, Desert Ace and Lathom, as the handler chases his third Investec 'Dash' success in five years - his other victory came with Desert Law in 2015.

Other previous Investec 'Dash' winners among the entries are triple victor Caspian Prince (Mick Appleby), who took the spoils in 2014, 2016 and 2017, and the 2013 scorer Duke Of Firenze (David Griffiths). 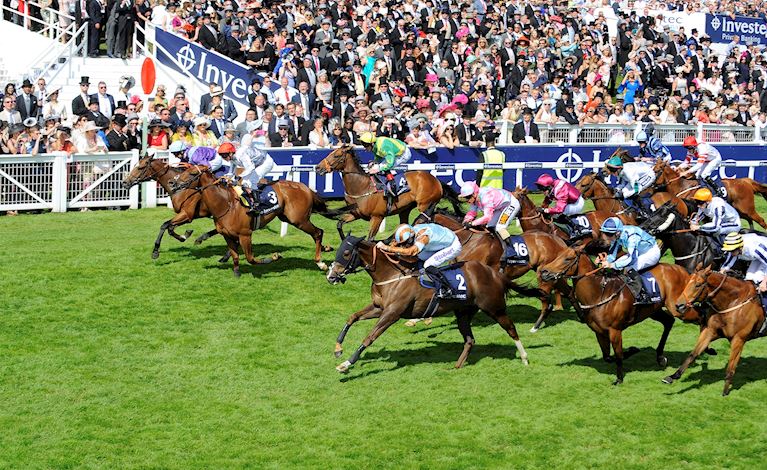 Epsom trainer Michael Attwater is hoping Just That Lord can go two places better than last year, when the six-year-old son of Avonbridge was the only horse from a single figure draw to finish in the first six.

The five-furlong specialist has yet to finish out of the first three in four starts at Epsom Downs Racecourse and gained a deserved first success at the track in the Investec Asset Finance Handicap at the Investec Spring Meeting on April 24, repelling Dark Shot (Scott Dixon) by a neck.

Attwater, who is based at Tattenham Corner Stables, reported: "Just That Lord has come out of Epsom in good form and we have been happy with him since. He has an entry for Goodwood this weekend and we are yet to make a decision about whether he takes up that engagement. If he doesn't go to Goodwood, he will probably go straight to the 'Dash'.

"The 'Dash' is the long-term aim, as he likes the track, and he deserved his day in the sun with that victory last week. He ran in the 'Dash' off a light weight last year and was third from stall one. Hopefully, we will get a bit more luck with the draw this year and it would be silly not to go for it again.

"Just That Lord is a lovely horse who tries very hard and just wants to get on with it. The fast five furlongs really suits him, as he is a very quick horse. We have had a brilliant start to the year with nine winners and it's exciting to be heading to the Investec Derby Festival with a live contender who is trained just over the road!"

Hamdan Al Maktoum's Muthmir (William Haggas) is another interesting entry. The nine-year-old has been a standing dish in Pattern sprints, recording three victories at G2 level, but has not raced in a handicap since landing the Portland Handicap impressively at Doncaster in September, 2014.

Stake Acclaim (Dean Ivory) defied a 517-day absence when making all in a five-furlong handicap at Newbury on April 12, in which Blue De Vega (Robert Cowell) and Kick On Kick On (Clive Cox) filled the places.

The 2018 Portland Handicap victor A Momentofmadness has been given an entry too. He is one of two horses who could represent Lambourn trainer Charlie Hills, the other being Global Tango.

Other in-form entries include Ornate (David Griffiths), successful at Newmarket's Craven Meeting on his latest start, and Cowboy Soldier (Robert Cowell), who showed the benefit of a gelding operation when scoring at Kempton Park on April 20.

There could be a challenger from Ireland courtesy of five-year-old Hathiq (Denis Hogan), who scored impressively in a five-furlong handicap at Tipperary on April 25, just his sixth career start.

Weights for the Investec 'Dash', which has a maximum field of 20, will be revealed on Wednesday, May 8. There are penalties applied after May 4 - a winner of a race 4lb, a winner of two races 7lb.