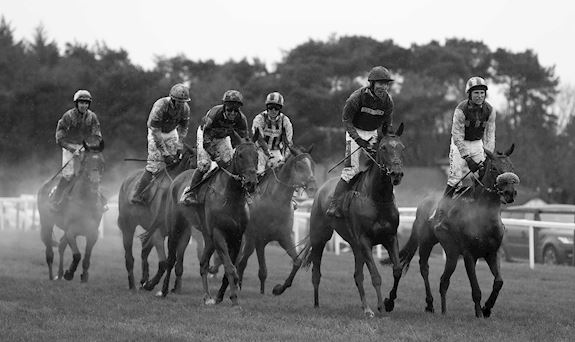 The first Haldon Gold Cup was run on October 30th 1987 and, now celebrated as the ‘jewel in Exeter’s Crown’, is a race steeped in rich racing history.

The feature fixture is an early season highlight at Exeter Racecourse and typically attracts some of the country’s best two mile chasers.

It is also considered a stepping-stone to the world’s most prestigious race over this distance, the Queen Mother Champion Chase which takes place at the Cheltenham Festival the following March.

Henrietta Knight has enjoyed numerous successes in the renowned Grade 2 chase winning a record four times with Best Mate (2001), Edredon Bleu (2002 and 2003) and Impek (2006). She reflects:

“It is always exciting to win that particular race. You get a tremendous reception and everyone is so welcoming. It’s at the beginning of the season and a prestigious race to win. If you do well, you really look forward to the rest of the season.”

Paul Nicholls has saddled six winners to date in Haldon Hill’s most esteemed stage and he speaks fondly of it as ‘one of the early chasing highlights of the season’. He agrees:

“I’II try and save a nice horse for it. It’s a very good start for two-mile horses. Kauto Star finished second in the race in 2005 before he went on to win the Tingle Creek, and we’ve won it with Lake Kariba, Flagship Uberalles, Azertyuiop, Tchico Polos, Vibrato Valtat and in 2017, Politologue.”

This race has acted as a benchmark early on in the career of many iconic racehorses who have then gone on to make history. The likes of Cue Card and Sabin du Loir have claimed this title and the 2019 Haldon Gold Cup is set to be just as exhilarating. The 11-year-old gelding, God’s Own who won the race in 2014 reclaimed his title in 2018; will we will see him back for the third attempt this year? A treble only previously achieved by the Nicky Henderson trained Travado who won it in 1993, 1994 and 1995.

Join us on Tuesday 5th November where history will be made at Devon’s richest raceday, The Haldon Gold Cup.