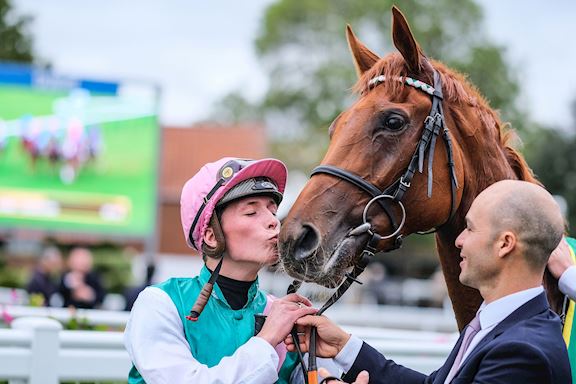 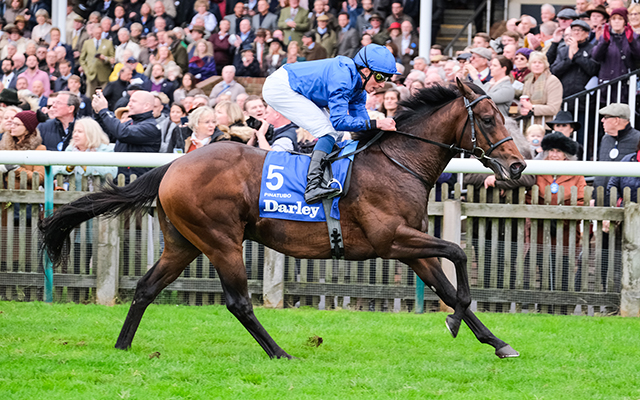 A pair of juveniles who lit up The Newmarket Gold Season have been recognised at the 2019 Cartier Awards, with Pinatubo and Quadrilateral among the winners at a star-studded ceremony at London’s Dorchester Hotel on Tuesday.

The Cartier Awards, now in their 29th year, crown the best horses across a range of categories at the conclusion of the European Flat racing season and are among the most prestigious prizes up for grabs in the world of racing. While honouring excellence on the track, the awards are also a significant boost for any horse heading to a breeding career when their racing days are over.

His Highness Sheikh Mohammed will therefore be delighted after Pinatubo, who capped a memorable 2019 with an authoritative victory in the Darley Dewhurst Stakes at the Dubai Future Champions Festival, was named the Cartier Two-Year-Old Colt of the year.

Pinatubo’s win at the Rowley Mile was his second at Group 1 level and his sixth from as many starts in a debut season during which he earned a rating higher than Frankel at the same stage. In winning the race, which has a proud history of identifying Europe’s best juvenile colt, he also emulated his father, Shamardal, who is a key member of Darley’s roster of stallions in Europe. Pinatubo is surely destined to join that line-up but before then, the Godolphin and Darley teams will be hopeful of more success at the highest level in 2020, beginning with the QIPCO 2000 Guineas in May.

The first weekend of May will also be circled in the diaries of those associated with Quadrilateral, who was on Tuesday named the Cartier Two-Year-Old Filly of 2019. Her bet365 Fillies’ Mile success, which improved her career record to three wins from three starts, will live long in the memory and as such an inexperienced filly, it is not hard to imagine the daughter of Frankel taking further steps forward next year and emulating her father, Frankel, in winning a Newmarket Classic.

Michael Prosser, Regional Head of Racing for The Jockey Club’s East Region, said: “I am delighted that once again, the Darley Dewhurst Stakes and bet365 Fillies’ Mile have produced champion juveniles. The performances of Pinatubo and Quadrilateral were high class and both horses defeated a number of rivals who I am sure will go on to considerable success of their own in 2020.

“These awards further demonstrate that the programme of races for juveniles on the Rowley Mile during The Newmarket Gold Season is settled and thriving. During 2019, ten horses who had won or placed in Group races with us during the previous autumn subsequently won Group 1 races and I am confident that the story will be similar next season. Pinatubo and Quadrilateral have the world at their feet, and the same can be said for the Juddmonte Cheveley Park Stakes winner Millisle and Juddmonte Middle Park Stakes winner Earthlight. In Military March and Al Suhail, the Dubai Autumn Stakes once again looks to have been contested by some hugely exciting prospects too.

“My congratulations go to all of those involved in the successes of Pinatubo and Quadrilateral and I wish them the very best of luck during the winter months, before we hope to welcome them back to Newmarket for the QIPCO Guineas Festival.”

Tuesday night’s ceremony was one to remember for Newmarket’s racing community, with Enable picking up the Older Horse and Horse Of The Year prizes after another extraordinary campaign. Her trainer, John Gosden, operates out of a property on the historic Bury Road and was a busy man on Tuesday, with Enable’s stablemate Stradivarius winning the Stayer title and Too Darn Hot, himself a Darley Dewhurst Stakes winner in 2018, being named the best Three-Year-Old Colt.

Charlie Appleby, who trains for Godolphin in Newmarket, added the Sprinter award to that won by Pinatubo, courtesy of Blue Point.