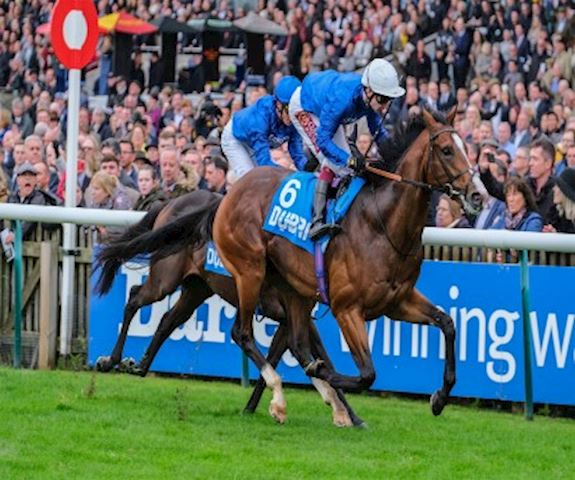 Saeed bin Suroor is seeking a third QIPCO 2000 Guineas success and hopes Military March could deliver at the Rowley Mile on Saturday, 2nd May.

The Godolphin trainer struck in 1996 with Mark Of Esteem and again in 1999 with Island Sands. Military March on Tuesday featured among 77 colts entered for this year’s renewal of the QIPCO 2000 Guineas.

Military March already boasts a victory over the course and distance of May’s £500,000 contest, having landed the Group 3 Dubai Autumn Stakes at the Dubai Future Champions Festival last October.

That race produced the winner of last year’s QIPCO 2000 Guineas, with Magna Grecia having finished second to Persian King in 2018.

“Military March has been entered for the QIPCO 2000 Guineas and he is currently in full training in the UK where mentally and physically he has progressed from two to three,” bin Suroor said on Tuesday.

“He has a big action and is a well-balanced horse, he’s currently galloping weekly and continues to thrive. His exercise regime will increase over the coming weeks and to this point he has not missed a day’s training this winter.

“With him having been such a big framed two-year-old it’s fantastic to see he’s grown into that and continues to have a good mindset. We feel the 2000 Guineas would be a fantastic starting point, although this is probably going to be his minimum trip.

“However, being a course and distance winner as a two-year-old should stand him in good stead. Historically the 2000 Guineas has been a good Derby trial for various contenders over the years, a discussion will be had with His Royal Highness Sheikh Mohammed over Military March’s participation in May. Were he to run and run well then the Classic route would be the next step.

“The Autumn Stakes has produced winners of the English 2000 Guineas as recently as 2018 so it’s an important race to have won but we are under no illusion that the horse has to progress and improve as a three-year-old. From what we’ve seen in his work to date, he has done, and he continues to be an exciting prospect for the coming year.”

That colt’s exploits saw him handed a rating higher than any juvenile in the last 25 years and he is joined in the entries by Earthlight, winner of the Juddmonte Middle Park Stakes, and Victor Ludorum.

There is equal intrigue in the QIPCO 1000 Guineas, where bet365 Fillies’ Mile heroine Quadrilateral heads 62 entries.

Find out more about the QIPCO Guineas Festival here