Racing is BACK! And while it might not be quite as we know and remember it, we’ve already seen some sensational action at our racecourses.

Following a suspension of horseracing due to the Covid-19 pandemic, the British Horseracing Authority (BHA) put together a rescheduled race programme for June, July and August.

Meanwhile the Resumption of Racing Group, including The Jockey Club, the BHA and other stakeholders within the sport, worked tirelessly in the background to put together a detailed set of protocols to allow racing to restart on June 1st – the earliest date permitted by the Government – behind closed doors.

This meant that on the first day of the month Newcastle became the first racecourse to allow trainers, jockeys, horses, racecourse staff and officials inside since March.

Only those integral to a raceday taking place are currently allowed to attend and must go through a three-step procedure - an online test, a health survey and then a temperature check on arrival – just to be allowed through the gates. Anyone who fails the temperature check will be turned away, along with anyone who has travelled with them in the same vehicle.

Once inside everyone on site must obey two metre social distancing rules and anyone whose role means this cannot be guaranteed – like stalls handlers and jockeys – must wear face coverings.

There are no trophy presentations and other measures in place include one-way sign posts for getting around sites and alterations to jockeys changing rooms like partitioning around each rider’s peg and a ban on showers.

Restrictions mean that racing fans and owners are among those having to watch the action on TV instead. Even media attendance is restricted, with only two journalists and two photographers allowed to attend, with their content pooled with colleagues from other publications.

Broadcast media are restricted to one interviewer and one camera person with the races being streamed back to studios for commentators to call the races from off site. Even ITV’s presenters are having to make do with hosting from their spare rooms, as they did during the QIPCO Guineas Festival!

However, while there is frustration that we can’t all head back to our favourite racecourses, the action on the track has been anything but disappointing.

The Jockey Club’s first raceday since the suspension was lifted took place at Kempton Park on Tuesday June 2nd and saw top jockeys Franke Dettori and Ryan Moore both get off the mark with victories, the latter for Her Majesty The Queen on First Receiver.

Wednesday at Kempton saw Andrew Balding’s Berlin Tango win the Unibet Classic Trial to put himself in Investec Derby contention – although the trainer would celebrate an even higher profile victory three days later.

On Thursday June 4th the QIPCO Guineas Festival and four days of racing began on Newmarket’s Rowley Mile course, unprecedented in the modern era. History was quickly made as father and son Oliver and Paul Cole became the first dual license trainers to record a winner under the new BHA arrangement. Trainer Mark Johnston also watched his impressive Eye Of Heaven win the Betway EBF Stallions Novice Stakes in some style.

On the Friday Newmarket hosted the Coronation Cup – sponsored this year by Hurworth Bloodstock – away from its usual home of Epsom Downs for the first time since the Second World War. Ghaiyyath saw off the challenge of a hugely talented field, which included dual £1 million stayers’ bonus winner Stradivarius, last year’s Investec Derby king Anthony Van Dyck and Defoe, who won the race 12 months earlier.

The weekend itself saw a high class QIPCO 2000 Guineas and a little more history made – Oisin Murphy’s first ever Classic winner. Odds-on favourite and unbeaten two-year-old Pinatubo had been tipped to win the big race, but it was Murphy and Kameko – trained by that man Balding – who took the spoils and secured favouritism for this year’s Derby at Epsom Downs on July 4th.

A scintillating four days of racing at Newmarket was then rounded off on the Sunday with a brilliant performance in the QIPCO 1000 Guineas from Aidan O’Brien’s Love, ridden by Ryan Moore.

Sunday was also the first day that two Jockey Club Racecourses staged fixtures since racing resumed, with Haydock Park hosting a thrilling card which included the Betway Brigadier Gerard Stakes, traditionally held at Sandown Park but switched due to the rescheduled race programme. John Gosden’s Lord North hekd off the favourite, Elarqam, in a fantastic finish.

Day two at Haydock on the Monday was dominated by a man who loves the track, jockey Richard Kingscote. He celebrated four winners to help one punter at home win £17,000.

A third consecutive fixture at Haydock on the Tuesday gave Newmarket-based trainer Tom Clover his first ever double as Rogue Assassin and Celsius greeted him in the winners’ enclosure.

And on Wednesday Kempton Park was back with an evening fixture, dominated by another jockey who has high hopes for this year’s Investec Derby – Tom Marquand. The talented youngster bagged a double on Quickthorn and Tintoretto on the Unibet-sponsored card. 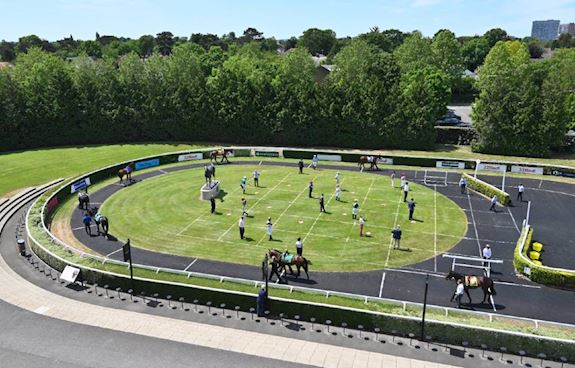 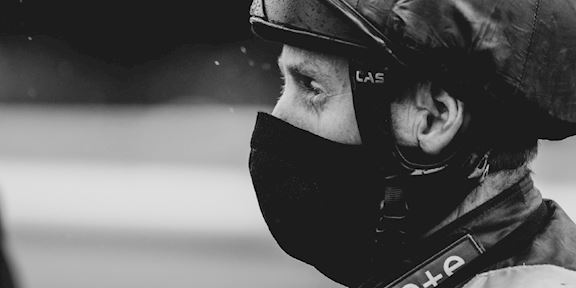 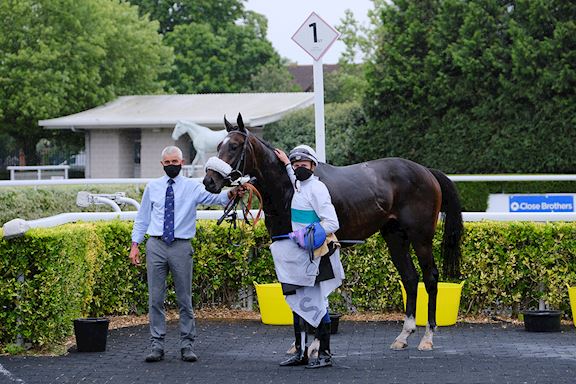 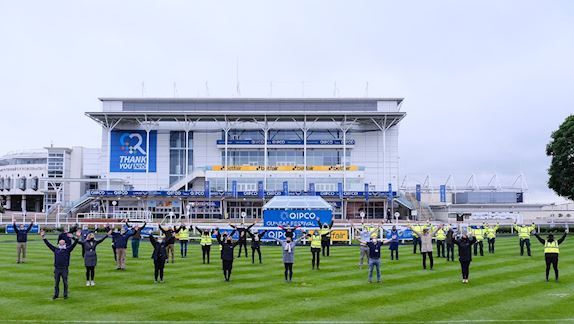 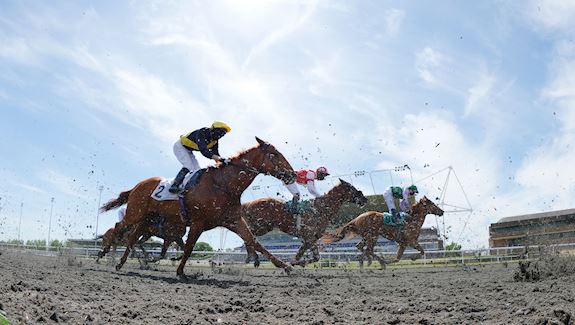 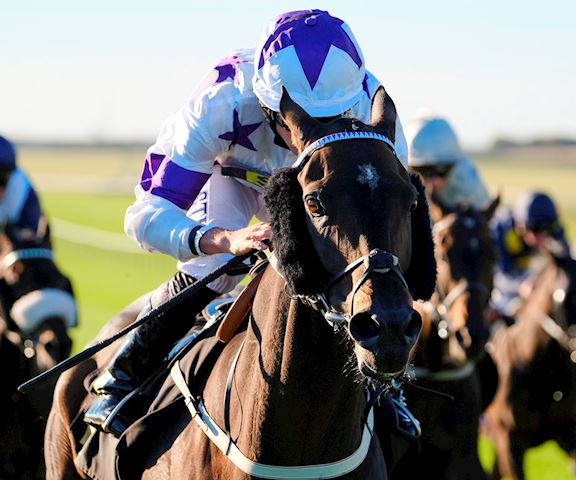 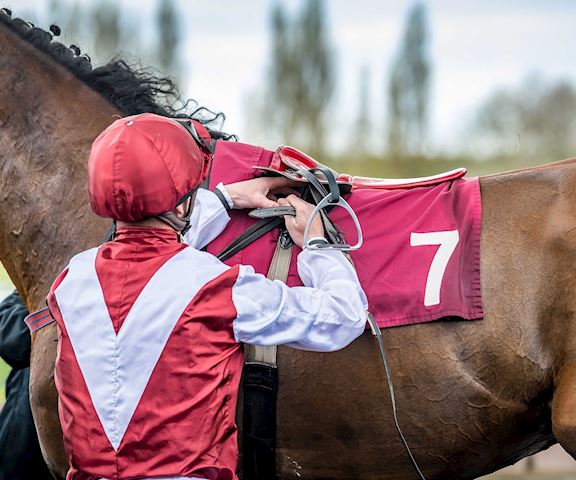 How will we Race Behind Closed Doors?

We explain the procedures and practices we will undertake to make sure racing behind closed doors remains safe. 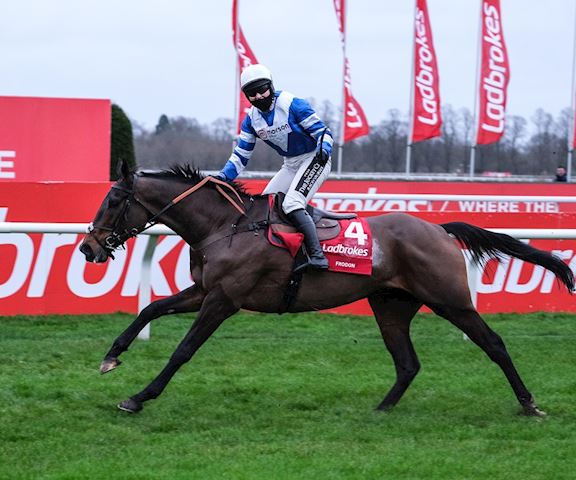 As we race behind closed doors, keep up with the latest news and results.