Christmas fayre is great and often the leftovers are better. Who doesn’t like turkey and cranberry sandwiches or fried bubble and squeak on Boxing day topped with a poached egg and the remains of the cheese board. All well and good but enough is enough so here is something completely different A simple but effective meal. Something a little lighter and yet still warming on a winter’s day. Packed full of flavour and with a little extra skill involved.

Don’t be put off by the list of ingredients as simpler alternatives can be used to good effect. See the chefs notes at the end.

Gurnard is a distinctive fish with a large head and big round eyes. It can be tricky to prepare as it has long spines around its neck. It is native to the eastern Atlantic Ocean and the Mediterranean Sea and is common around the waters of the British Isles. It is at its best during late summer right through to the end of winter but early spring sees it enter its spawning season and so best avoided.

Bouillabaisse, the traditional fish stew from Marseilles, often contains Gurnard. It therefore makes a worthy sauce for this underused fish. The saffron and fennel seed provide colour and flavour reminiscent of Southern France. This sauce belongs in summer however by using fennel seed instead of fresh fennel we can cook it at this time of year and the flavour is magnificent.

Kholrabi is that funny ‘alien’ looking ball of a vegetable you find on the top shelf at supermarkets. It is generally light green with little antennae like shoots. Its name translates from German as ‘Turnip cabbage’ and that is a pretty good description of its flavour albeit a little sweeter. It can be lightly cooked or served raw.

For the kohlrabi ‘slaw’

Chefs note – any coleslaw type vegetables can be used if kohlrabi is unavailable and if this is being served in the summer try using fresh fennel.

Prepare and cook the potatoes

Chefs note – an alternative to saffron here is to colour the water with a little turmeric.

Cook the fish and assemble

Chefs note – Any type of white fish can be used instead of the gurnard.
Have some crusty bread ready to mop up the sauce! 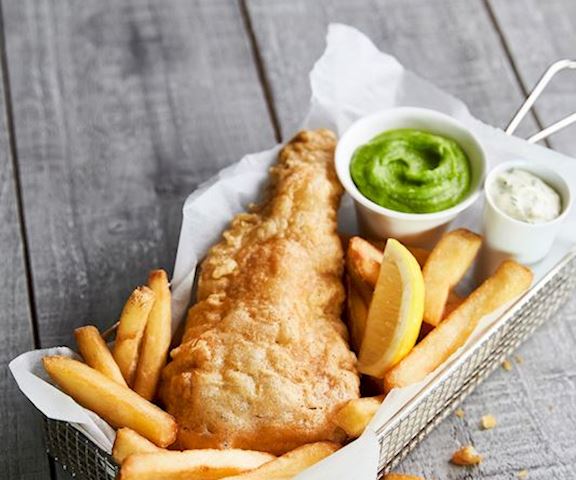 Head Chef Warren O'Connor brings us one of the ultimate food pairings this week. A take on the traditional Fish and Chips.

Head Chefs Warren O'Connor and Lawrence Jeffries bring us a Christmas favourite this week, the perfect starter for the Festive period. 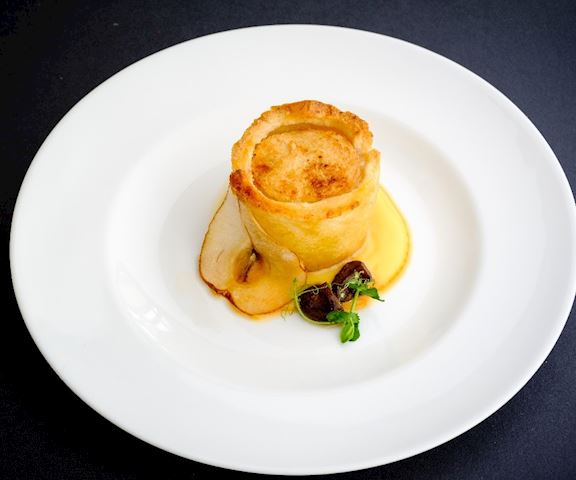