A chance work experience week at a local hotel was Alistair’s first introduction in to catering, watching the busy chefs in the kitchen and the creative kind of made up his mind this was the career for him. Attending Carlisle College for two years and completing his City and Guilds was the gateway into the catering industry.

Starting out in his local village hotel with Shire Hotels as a commis chef he learnt how to work as part of a team, running a section, banquet work and making lots of dishes under some inspiring chefs. a move and promotion to one of the groups larger hotel where he was part of the team that won the hotels first AA rosette, followed closely by another promotion and gaining the award again for his first hotel he had worked at. All the time really getting the bug for wanting to do more, learn more and see more.

A season in the lake district really refining his skills and it all being about the food, he had a chance meeting were he moved to Marriott hotels were he started developing his goals, to work in London, to be a head chef followed by ultimately  working abroad in countries Singapore and Dubai where he worked at the Burj al Arab hotel and was part of the opening team of the Madinat Jumeirah which were great experiences for him.

Wanting to come home and settle down he returned to the lakes and help a local hotel re establish its self but still had one goal left to be a resort head chef! Joining Carlisle Racecourse with the diverse food outlets and levels of hospitality he was able to do this and be ‘home’. Supporting all the big racecourse festivals and other race days never leaves a dull day and continuing to be creative which was the original reason he started in the industry. 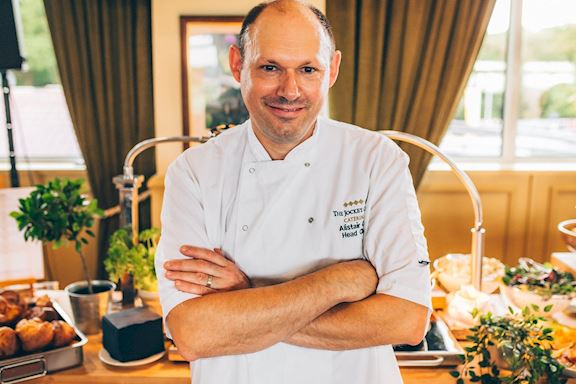 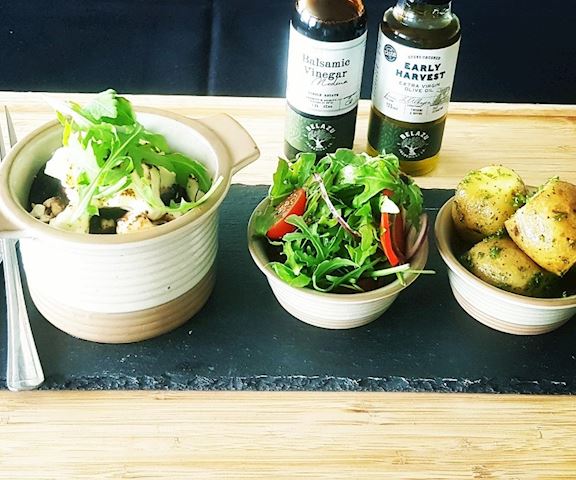 Here is a nice spring recipe for a weekend night using seasonal ingredients and that still has a substantial feel to it as well as a nod to the hotter climbs to come!