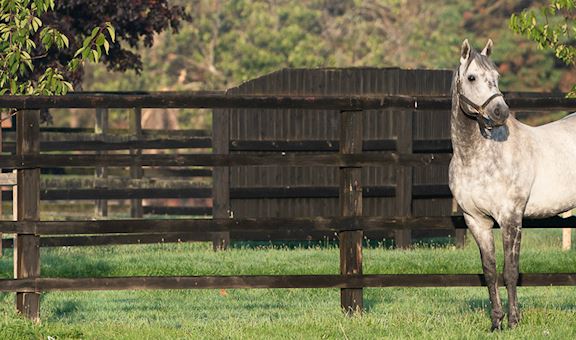 All about the Thoroughbred

Nearly all of today’s racehorses can be traced back to one of three ‘foundation’ stallions – The Darley Arabian, The Godolphin Arabian and The Byerley Turk.

These Arabian horses were imported into England between the late 17th and early 18th Century by gentlemen who wanted to breed better racehorses. When they bred with Britain’s native, heavier horses, they produced offspring who were much faster, but still had great stamina – the very first ‘thoroughbred’ racehorses.

Talent for the job

As with humans, some horses are just naturally better suited to running; some are built to be sprinters, with bulging muscles and a rapid stride, others are long distance athletes, lean and supple with a long stride – not unlike the differences you would see between human sprinters and marathon runners.

Flat racehorses can start their racing career at just two-years-old – and some of them retire by the age of four, although many can go on racing much longer, until they are ten or older. Although some of the most prestigious races are confined to three-year-olds, generally Flat racehorses tend to be at their peak aged four or five.

Jumps horses generally don’t start racing until they are four and their careers tend to go on much longer, until they are 12 or sometimes older. Most Jumps horses are at the peak of their ability between the ages of seven and ten.

Find out more about the Thoroughbred and racing at Racing Explained.