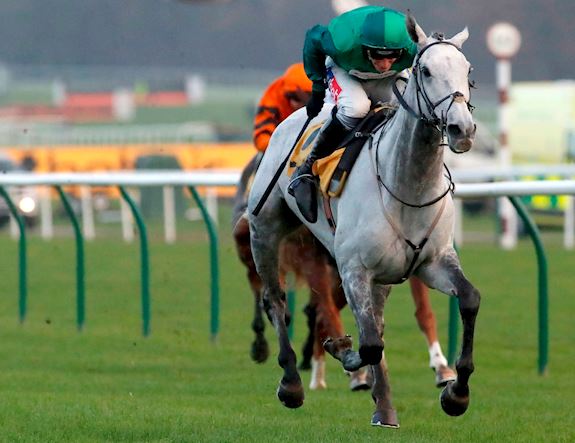 Bristol De Mai and his connections have the chance to write themselves into the history books this season as the first ever winners of the Jockey Club’s Chase Triple Crown £1 million bonus.

The Nigel Twiston-Davies trained grey has already won the first Grade 1 race of the 2018-19 season, The Betfair Chase at Haydock Park, in November.

That victory means he is the only contender to win Jump racing’s biggest payday. Winning the 32Red King George VI Chase on Boxing Day at Kempton Park and the Magners Cheltenham Gold Cup in March would secure a £1 million bonus, on top of individual prize money.

Kauto Star remains the only horse to achieve the feat in 2006-07 – before a bonus had been introduced – and the gleaming three-sided Chase Triple Crown trophy is named after him.

Others have come close, notably Cue Card in 2015-16 when falling at Cheltenham after winning the first two legs of the treble, and now Bristol De Mai is bidding go one better.

"He out-jumped and out-galloped them"

Trainer Twiston-Davies is adamant that his superstar can win the second leg on Boxing Day. He said: “He wins everywhere when he's right. He's difficult to keep right.

"First and second time out last season he was superb, then he started getting his aches and pains and taking a few lame steps. Hopefully second time out this year will be at Kempton and we'll give them a hard time there. What we've got to do is bring this horse fit and keep him right.

“He is one of the best horses in the country but he’s just very fragile and keeping him a 100 per cent right is the problem. It’s been well documented that every time we’ve gone to Cheltenham we’ve been struggling with little things. If we can keep it all right we’ll be back at Cheltenham again.”

“The more fun in life is being the underdog and you’re the one who shouldn’t win. It reminds me of Imperial Commander and when he beat Kauto Star and Denman.”

"It was a truly magnificent horse race - win, lose or draw.”

Jockey Daryl Jacob was just as impressed. Speaking straight after the Betfair Chase he added: “It’s brilliant for Bristol De Mai and I’m absolutely chuffed to bits for him. He was completely forgotten about this year and he’s given his all out there.

“Hopefully the spectators at Haydock enjoyed seeing five fantastic horses go to war with each other. It was a truly magnificent horse race - win, lose or draw.”

Racegoers at Kempton Park on Boxing Day are now in for a real treat, with Might Bite expected to defend his 32Red King George VI Chase crown as he bids to thwart Bristol De Mai’s £1 million mission. 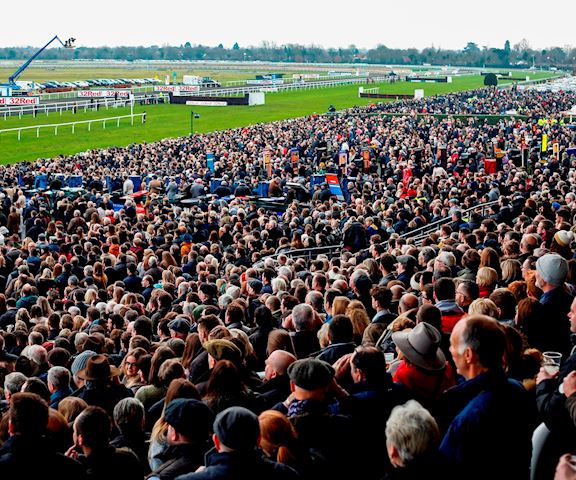