Tingle all the way!

This Saturday’s Betfair Tingle Creek at Sandown Park promises to be one of the most thrilling renewals in recent years, after declarations pitted four of Jump racing’s leading two mile chasers against each other.

Cheltenham Festival hero Altior heads a small field of four, but what this year’s race lacks in quantity it more than makes up for in quality.

Nicky Henderson’s stable superstar will go toe to toe with Harry Whittington’s Saint Calvados, the Willie Mullins-saddled Un De Sceaux and Alan King-trained Sceau Royal.
The four runners, boasting a total of 15 Grade 1 wins between them, go to post in the £150,000 Betfair Tingle Creek Chase at 3pm on Saturday, the highlight of the Betfair Tingle Creek Christmas Festival.

Altior, ridden by Nico de Boinville, will go off the red-hot odds on favourite after nine races unbeaten over fences.

His exploits in the 2017/18 campaign saw him earn a rating of 175 in the Anglo-Irish Jump Classification, making him the best two-mile chaser in Britain and Ireland and just one pound behind Cheltenham Gold Cup winner Native River in the overall standings. 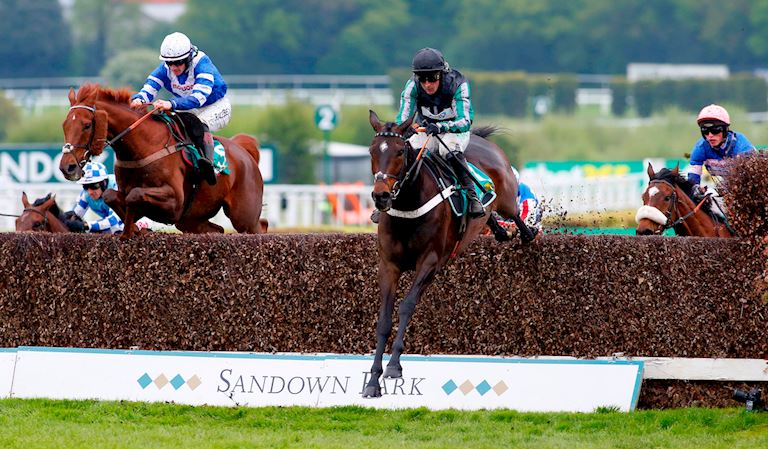 Trainer Henderson is chasing a second Betfair Tingle Creek Chase success, having previously taken the honours with the outstanding Sprinter Sacre in 2012.

Un De Sceaux, with Ruby Walsh on board, landed the 2016 renewal of the Betfair Tingle Creek Chase when scoring by a length from Sire De Grugy. A very consistent performer with a total of nine Grade 1 wins to his name, Un De Sceaux will be making his first start since taking the two-mile Champion Chase at Punchestown in April.

The two other runners are both second-season chasers. Sceau Royal, who will be partnered by Daryl Jacob, landed four of his five outings over fences last season, most notably an impressive 11-length victory in the Grade 1 randoxhealth.com Henry VIII Novices' Chase at this meeting 12 months ago.

Completing the line-up is Saint Calvados and jockey Gavin Sheehan. The five-year-old was successful in three of his four chase outings in the 2017/18 campaign and returned to action with an impressive success in the G3 Poplar Square Chase at Naas in Ireland, on 10th November.

Andrew Cooper, Head of Racing and Clerk of the Course at Sandown Park, is excited ahead of this year’s renewal of the race. He said: "The 2018 Betfair Tingle Creek Chase is high on quality with the field headed by Altior, who was the best two-mile chaser by some way in Britain and Ireland last season in the Anglo-Irish Jump Classifications.

"Altior's unbeaten record over fences includes three stunning successes at Sandown Park and we all look forward to seeing him here again on Saturday.

"Un De Sceaux was the second-best two-mile chaser in Britain and Ireland last season and his nine Grade 1 wins of course include a Betfair Tingle Creek Chase.”

Betfair spokesman, Barry Orr, added: "There may only be the four runners in the Betfair Tingle Creek Chase but they are four of the best two-mile chasers in training and the race is chock-a-block with quality.

"Altior has been favourite since the entry stage and that won't change between now and Saturday, but there has been plenty of support for the three remaining protagonists and a strong case can be made for each of them.”

The race could offer some serious pointers to the Queen Mother Champion Chase at The Festival™ presented by Magners at Cheltenham, with punters hoping all four runners will line up for the race in March.

join us at Sandown Park