Can a touch of Frost help Frodon again?

CAN A TOUCH OF FROST HELP FRODON AGAIN?

Saturday is your last chance to enjoy a day’s sport at Cheltenham before The Festival™, presented by Magners. And what a day it is too, with trials for four of March’s main events bolstered by three strong handicaps and Radio 1 DJ Scott Mills taking to the decks in The Centaur for the Trials Day after-party. 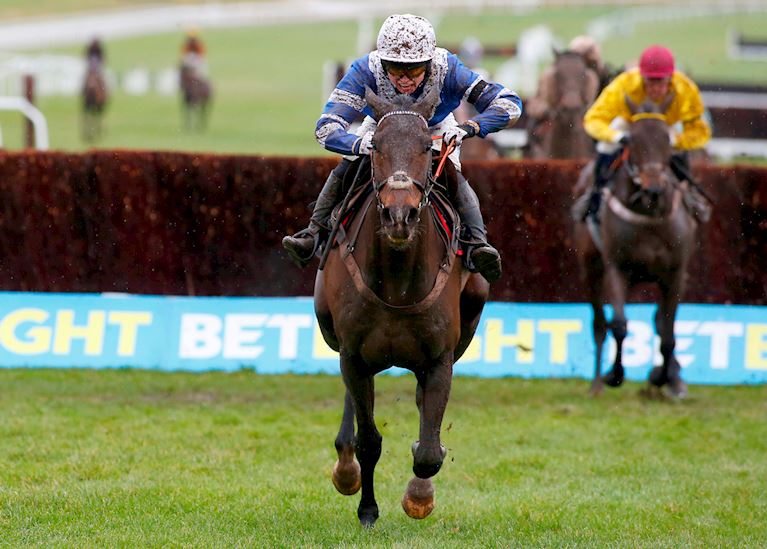 Nobody will be looking forward to the afternoon more than Jockey Club Racecourses ambassador Bryony Frost, who has a great opportunity to put herself and her great favourite Frodon firmly in the picture for the Magners Cheltenham Gold Cup when the pair take on five rivals in the Betbright Trial Cotswold Chase.

As if that’s not enough, she has also picked up the ride on one of the sport’s most popular horses, Lil Rockerfeller, in the galliardhomes.com Cleeve Hurdle. Frodon loves Cheltenham and he was devastating there last month under top weight in the Caspian Caviar Gold Cup, where he travelled and jumped brilliantly and Bryony enjoyed one of the thrills of her life.

However, this is a big step up in distance, as well as a step up in class, and with proven stayers like Welsh Grand National winner Elegant Escape and former Gold Cup second Minella Rocco in the field he is going to have to stay every yard. Looks Like Trouble was the last winner to go on and win the Gold Cup the same season and that was back in 2000, but the Cotswold Chase is just as likely to throw up a key Grand National clue, and that’s been the case with the more recent wins of Neptune Collonges and Many Clouds.

One trainer who will be thinking more in terms of Aintree than the Gold Cup is Nicky Henderson, who won the inaugural running 39 years ago with Raffi Nelson but has drawn a blank since.

Henderson saddles both Valtor, who was bought specifically for the Grand National and was an absentee at Haydock a week ago when not quite right, and Terrefort. Daryl Jacob will have had the choice, and he has opted for Terrefort.

All jump jockeys expect a spell on the sidelines at some stage of the season, but the cause of Noel Fehily’s recent trip to hospital would be unusual for any sportsman.

It’s typically for a broken arm, leg or collarbone when a jockey goes under the knife, but Fehily found he had a ruptured appendix when he gave up his rides at Kempton Park a fortnight ago and admitted himself to hospital.

It’s hard to imagine any sportsman bar a jump jockey returning to action as rapidly he has, but normal rules do not apply to Fehily and his comrades - nothing spurs them on more than the prospect of missing a key ride. 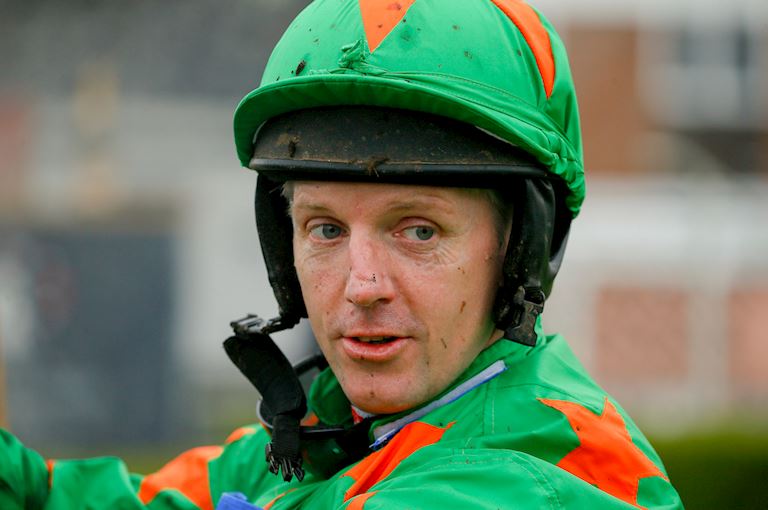 Fehily has had the ride on last season’s Aintree Grade 1 winner Black Op in the galliardhomes.com Cleeve Hurdle to focus on during his week in hospital, and he took one ride at Huntingdon on Friday to ease himself back.

You can see why he fancies Black Op, as he was highly progressive over hurdles as a novice before trying fences less successfully, and he faces none of the Irish-trained horses who head the market for the Stayers Hurdle.

Not that his opponents are any kind of pushover. For besides Bryony’s mount Lil Rockerfeller, who has also been novice chasing, Black Op faces a ‘who’s who’ of the domestic staying scene, with the race’s last two winners Agrapart and Unowhatimeanharry joined by fellow stalwarts like Sam Spinner, West Approach and Wholestone, plus recent big improvers Midnight Shadow and Paisley Park.

ADJALI CAN MAKE IT FIVE FROM SEVEN FOR HENDERSON

A cracking card at Cheltenham kicks off with the JCB Triumph Trial Juvenile Hurdle, the winner of which has gone on to start favourite for the big race itself three times in the last four years, although only Defi Du Seuil followed up in March.

Nicky Henderson has won it four times in the last six years, including with Peace And Co, who was narrowly beaten by stable-mate Top Notch in the Triumph. His Adjali, who carries the Top Notch colours, looks the one to beat, although among his opponents are two challengers from Joseph O’Brien’s Classic-winning stable, Fakir d’Oudairies and Fine Brunello, as well as that commentator’s nightmare Fukuto.

BIRCHDALE IN AS CHAMP LEFT AT HOME

Nicky Henderson had two strong candidates for Saturday’s Ballymore Novices’ Hurdle, which is effectively a trial for the Grade 1 of the same name on March 13 or the Albert Bartlett two days later, but a mid-week ante-post move for Birchdale suggested he was a more likely runner than Champ, the Ballymore favourite who is named after sporting legend AP McCoy.

Birchdale’s Warwick win is working out well, with three of the next four finishers already winners since, and Henderson reckons Birchdale needs the experience more than Champ.

The main action is all at Cheltenham, and ITV’s main channel is showing four races live if you can’t make it to the track. But there are also Cheltenham Festival trials at Doncaster.

All of their three Grade 2s have suffered from the unseasonably dry weather, however, and the Lightning Novices’ Chase, in which we had all looking forward to seeing Arkle Chase ante-post favourite Lalor, has been reduced to just three runners, headed by his old rival Dynamite Dollars.

The track’s feature races are the Mares Hurdle, which has attracted winning machine Lady Buttons, and the Sky Bet Chase, which has held up well considering the ground and is a traditional January highlight for punters who prefer handicaps to conditions races.