Ronnie Wood among the stars aiming for Aintree Glory

The celebrity owners have named their horses among the 112 entries, which will be reduced down to 40, for the world’s greatest steeplechase on Saturday 6th April 2019. 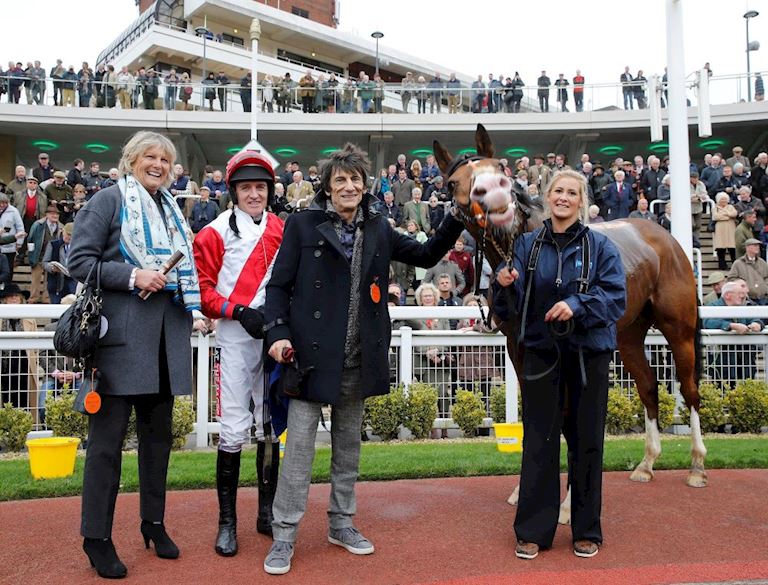 Rolling Stones guitarist Wood, 71, is a huge racing fan but has never had a horse run in the Grand National. This year his 10-year-old gelding Sandymount Duke could give him a shot at winning the Aintree showpiece, worth a total of £1 million in prize money with more than £500,000 going to the winner.

Wood’s horse, which runs in his red and white silks and has won 10 of its 30 races, is trained by Jessica Harrington in Ireland. The pair have known each other for years and some of his artwork adorns the walls of her home in Moone, County Kildare. 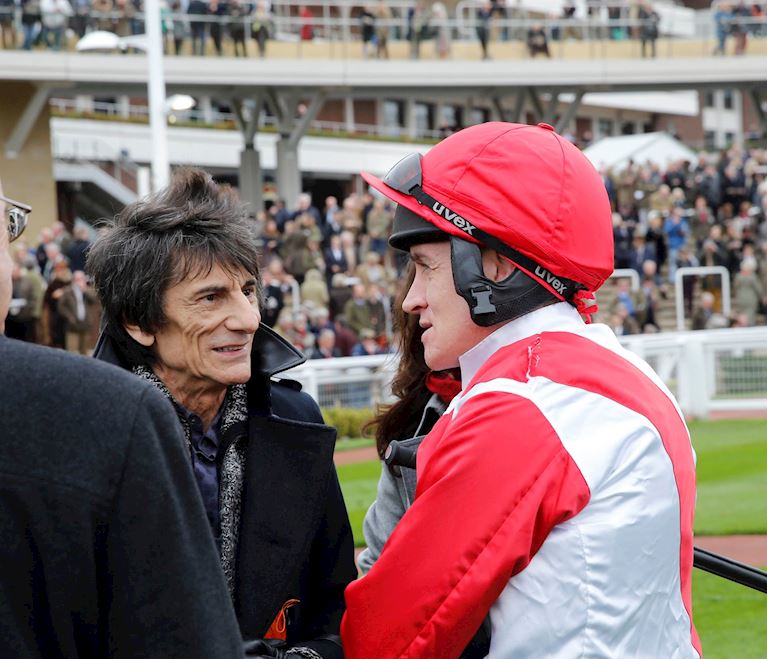 Just getting Sandymount Duke to the Grand National would be seen as a huge achievement for Wood, as he bred the horse himself. It is also hoped he would be able to attend the race, as the Rolling Stones US tour does not begin until 20th April.

Sir Alex Ferguson is also hoping to have a runner in this year’s Grand National, with his nine-year-old Give Me A Copper potentially lining up on the same day his beloved Manchester United play at Wolverhampton Wanderers in the Premier League.

The legendary manager has owned many horses and had a notable Grade 1 winner on Boxing Day last year when Clan Des Obeaux won the 32Red King George VI Chase at Kempton Park.

Daytime TV presenter Jeremy Kyle is also a part-owner of Give Me A Copper and has another potential runner in this year’s race in Black Corton, a horse he owns with two other families.

Other notable owners of potential Grand National runners this year include Michael O’Leary, the Chief Executive Officer of Ryanair, who currently has 14 entries for the race.

O’Leary, one of Ireland’s wealthiest businessmen, won the 2018 Grand National with Tiger Roll, who is expected to line up to defend his crown in April. In total there are 47 entries from Ireland.

Former Barclays Capital CEO Rich Ricci has also entered two of his horses – Some Neck and Livelovelaugh – for the four mile race, running in his wife Susannah’s name.

The stars at Aintree

Last year Hollywood superstar Dame Judi Dench had hoped her horse, As De Mee, would take part in the Grand National, only for an injury sustained in the weeks leading up to the race to force him to miss out.