Why Greatrex may still pack his Bague for Cheltenham

GREATREX COULD STILL PACK HIS BAGUE FOR CHELTENHAM

Warren Greatrex has made no secret of the fact that La Bague Au Roi is likely to skip The Festival™, presented by Magners in favour of a run at Aintree in April three weeks later. But after the mare’s gutsy all-the-way win in the Flogas Novice Chase in Leopardstown on Sunday at the Dublin Racing Festival, Cheltenham cannot be completely ruled out. 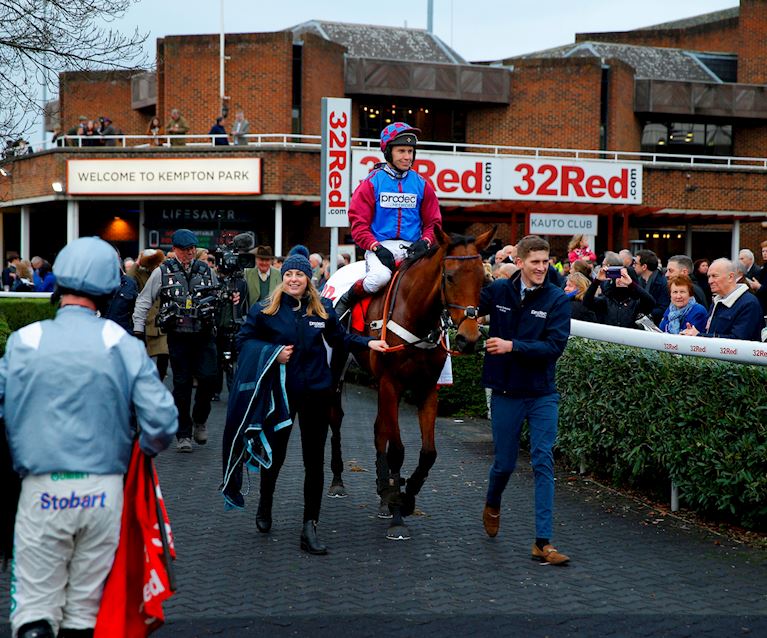 Champion jockey Richard Johnson could not hide his delight after an English victory on Irish turf which proved a lot more popular with the locals than England’s rampaging defeat of Ireland in the Six Nations at the nearby Aviva Stadium the previous evening.

Johnson himself admitted afterwards he thought the mare would appreciate “a flat track”, but offered a glimmer of hope for Cheltenham Festival fans when he added that it would be down to Greatrex and the horse’s owners.

From one superstar mare to another, there was no more welcome surprise all weekend than Sunday’s news that Apple’s Jade will be given her chance against Buveur D’Air in the Unibet Champion Hurdle at Cheltenham, after all.

Gordon Elliot’s stable star was stunning from the front when a runaway winner from Supasundae in Leopardstown’s BHP Champion Hurdle on Saturday.

But there was widespread dismay soon afterwards when the Gigginstown Stud team initially indicated that her target at Cheltenham in March would still be the OLBG Mares Hurdle. 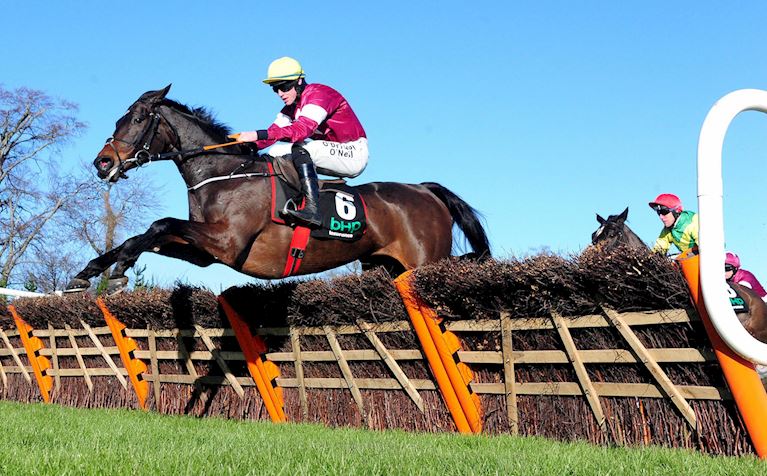 Ryanair boss Michael O’Leary is not known for bowing to public opinion, but it would have been an utter travesty if she had run in the Mares’ Hurdle when Saturday’s career best form suggests she has a favourite’s chance in the Champion Hurdle.

D’AIRING TO DREAM OF A CHAMPION HURDLE TREBLE

Just half an hour after Apple’s Jade demolished the field in Ireland, Buveur D’Air was winning his traditional Cheltenham Festival ‘prep run’, the 888Sport Contenders Hurdle at Sandown Park.

As victories go it went smoothly enough for JP McManus’s eight year old, but told us nothing new and lacked the visual impact of Apple’s Jade’s triumph.

Regardless, Buveur D’Air still has every chance of joining greats like Istabraq, See You Then and Persian War as a triple winner of the Champion Hurdle come 12th March. He has a fabulous record and yet for some reason he remains a hard horse to get truly excited about. Explain that then…

Also at Sandown, where Clerk of the Course Andrew Cooper and his groundstaff did a terrific job just to get the fixture on after days of snow and plunging temperatures, Vinndication’s unbeaten run came to an end in the 888Sport Scilly Isles Novices’ Chase.

But there was no disgrace in third place behind two rivals with a bit more speed and the race gave us plenty of pointers for The Festival™.

The Kim Bailey-trained Vinndication remains a serious contender for Cheltenham - but for the half-mile longer RSA Chase. Former Triumph Hurdle winner Defi Du Seuil, meanwhile, looks a big player in the JLT Chase, or even the Arkle if the ground is soft enough, after taking revenge over Lostintranslation for last month’s Cheltenham defeat.

Defi Du Seuil seems likely to head to the JLT though, because little more than an hour later Le Richebourg was impressive carrying the same JP McManus silks in the Frank Ward Solicitors Arkle at Leopardstown, a race Un De Sceaux, Douvan and Footpad all took on their way to Cheltenham success.

Last year no fewer than EIGHT winners at the Dublin Racing Festival went on to win at The Festival™ at Cheltenham the following month.

Who knows how many of those ending up in the winners’ enclosure at Leopardstown this weekend will be doing the same in the Cotswolds in March. But we did pick up some clues along the way.

And we have another confirmed runner for the Magners Cheltenham Gold Cup in Bellshill, who won a battle royal of a Unibet Irish Gold Cup for Willie Mullins and Ruby Walsh, narrowly beat Road To Respect by a short head in the 225,000 Euros feature race.

Meanwhile Mullins’ biggest dilemma will no doubt be how best to deploy Footpad and Min. The latter was convincing in Saturday’s Ladbrokes Dublin Chase. But he proved no match for Altior in last year’s Queen Mother Champion Chase at The Festival™ and there’s no reason to think he will trouble him this year. But then nor would Footpad, and there doesn’t seem much point in running both in the Ryanair.

We’ll leave Willie to keep Mullin that one over … Sorry.