Six things we learnt on Day One

CROMWELL D’AIRS TO SPOIL THE PARTY

There won’t be many bigger shocks all week than the Unibet Champion Hurdle, which saw the three short-priced main contenders fail to make the places.

And there will be even fewer horses who win by a greater margin this week than the 16-1 winner of the race, Espoir D’Allen.

The Championship race on day one of The Festival™, presented by Magners, had been billed as a three-way battle royale between Buveur D’Air – bidding to make it three Champion Hurdle wins on the trot – and the girls, Apple’s Jade and Laurina. 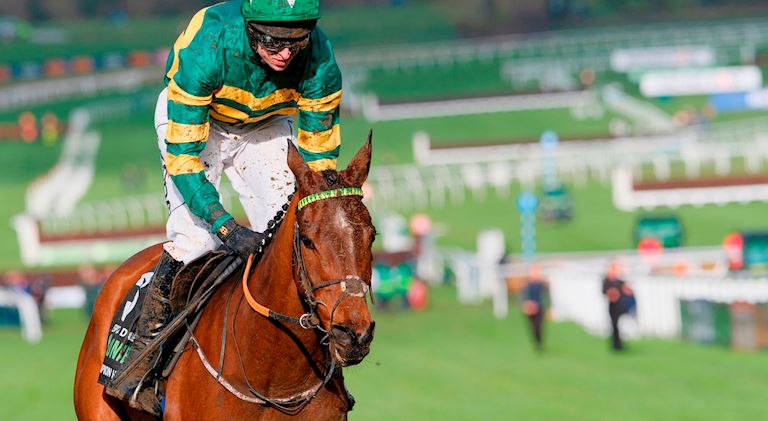 Farrier Cromwell’s training performance is all the more remarkable given that he was changing Apple’s Jade’s shoes last week, while D’Allen’s 15-length triumph is the biggest winning margin in the race’s history.

WILLIE, WON’T HE? OF COURSE HE WILL

Never write off Willie Mullins at Cheltenham. Ever.

There had been a lot of talk before day one of the Festival, that the master trainer from Closutton might not have a vintage week.

It was said by some that his squad was a little short of what we’ve come to expect in March, both in terms of quality and quantity.

So, what better way for Mullins and the King of Cheltenham himself, Ruby Walsh, to begin this year’s Festival than by scoring comfortably with Klassical Dream to win the opener, the Sky Bet Supreme Novices’ Hurdle.

The fact that it’s the sixth time Mullins and Walsh have combined to win the race will have come as no surprise to any season Festival-goer.

So now we know. After all the talk of Jockey Club Racecourses ambassador Bryony Frost bidding to become the first ever female winner of the Cheltenham Gold Cup, it turns out she won’t be lining up in the race at all.

Frodon’s trainer Paul Nicholls and connections have instead switched their attention from the showpiece event, sponsored by Magners, to the Ryanair Chase on the Thursday of Festival week.

The decision sets up a mouthwatering clash between two of Jump racing’s top jockeys, who just happen to be women, with Bryony going toe to toe with star Irish rider Rachael Blackmore and her partner Monalee.

A first ever Grade 1 win at the Cheltenham Festival for a female jockey? We wouldn’t back against it.

A TALE OF TWO BENS

Ruby Walsh said Benie Des Dieux was his NAP of the Festival. The horse he was most excited about riding this week.

With three furlongs left of the OLBG Mares’ Hurdle Race, 67,934 people could see exactly why the Irishman had been so bullish.

Imagine then (if you missed it) the gasp of sheer disbelief as Ruby and his perfect partner fell with victory in their grasp.

Local trainer Ben Pauling, whose yard is based just 25 minutes down the road from Cheltenham, had tears in his eyes as he celebrated by hugging almost everyone in the parade ring after his horse Le Breuil’s victory in the National Hunt Challenge Cup Amateur Riders’ Novices’ Steeple Chase.

It was Irish amateur jockey Jamie Codd’s eighth Festival winner. A feat almost as Extraordinary as the party which almost certainly awaited Pauling and his team back in Bourton on the Water.

After his first Festival win in 2017 Pauling’s celebrations went on late into the night. So late, in fact, he just about made it back onto the gallops the next day, but in the same suit.

Someone fetch the aspirin.

We arrived at Cheltenham on day one hopeful of a story to warm our hearts.

And, while we may have expected that to have been a victory for Lalor and Kayley Woollacott in the Racing Post Arkle Challenge Chase little more than a year after her trainer husband Richard’s death, the touching tale we did get was every bit as poignant.

Jo Coleman was not only remembering her late husband John when she travelled from her home in Essex to Cheltenham, she was bringing his ashes in her handbag for luck.

But, after watching him win the Sky Bet Supreme Novices’ Hurdle, Jo said: “It’s mind-blowing. I’ve brought some of John’s ashes with me because he said he wanted to be here, but he knew his time as limited.” 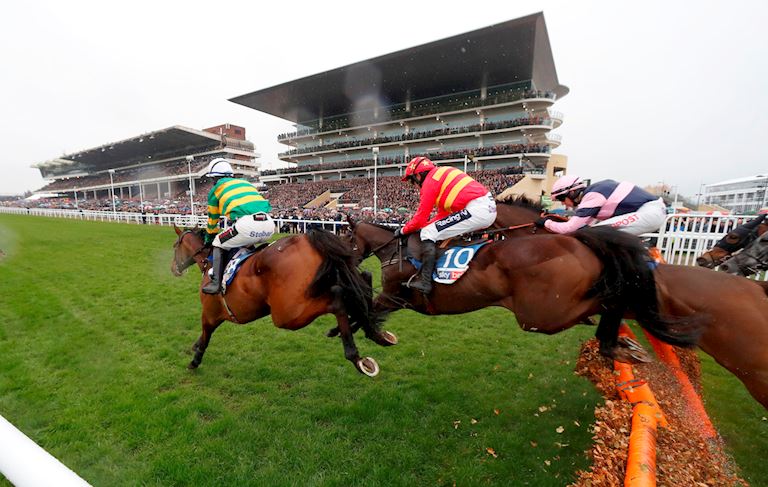 AN EXTRAORDINARY PAYDAY FOR ONE LUCKY PUNTER

One lucky punter walked away with the biggest of grins and an I O U for £182,567 from just a £2 stake yesterday - the second biggest payout in the history of the placepot.

Many punters struggled to find a winner anywhere on the card on a day of surprises and long odds winners.

Not a single one of the lucky racegoer’s actually won a race on the day either. But that doesn’t matter in the placepot. Nor, we suspect, does it matter to him.

Return to Our Guide to The Festival