The talk every day now is of the Randox Health Grand National - of Tiger Roll, Vintage Clouds and the rest - but there’s still a week to go so pace yourself.

In the meantime this is a massive weekend for the Flat, and Kempton Park stages a cracking card which features a fancied runner of The Queen’s in the Listed Magnolia Stakes and plenty of other smart horses.

The Queen made headlines when dropping in on 10-times champion Jumps trainer Paul Nicholls on Thursday while in Somerset on other business, and her delight at meeting the likes of Clan Des Obeaux, Frodon and Topofthegame, not to mention Bryony Frost and Harry Cobden, was obvious. 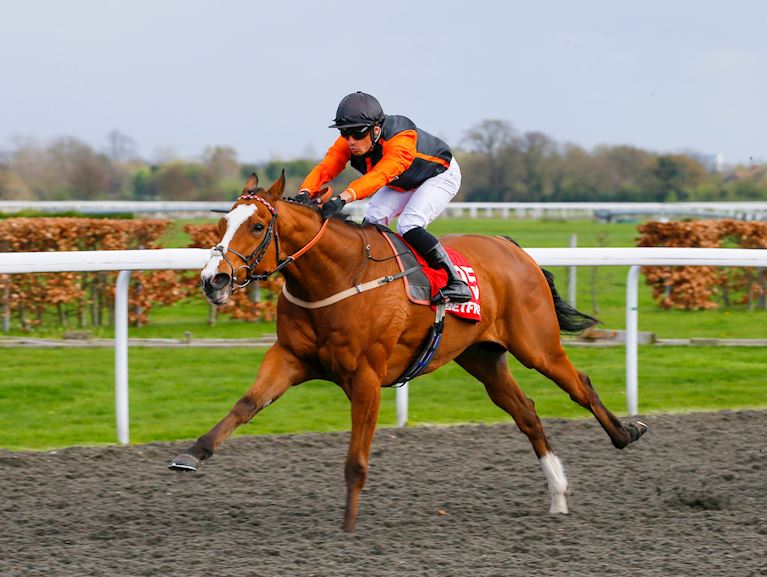 But, while she has had the odd jumper, it’s her success on the Flat as an owner and a breeder that she is best known for in the sport.

She is represented at Kempton by the Michael Bell-trained seven-year-old Fabricate, who is still a bit of an unknown quantity on artificial surfaces and has been nicely backed, but while he certainly can’t be dismissed he’s up against a clutch of all-weather specialists in a really competitive affair.

Top of the pile are Mark Johnston’s Matterhorn, who has won six of his seven races on the all-weather, and the Hugo Palmer-trained Mootasadir, who is five from five on the all-weather and is an older brother of John Gosden’s well-backed Derby candidate Dubai Warrior.

This is a race with real depth, and you couldn’t rule out Big Country, second twice to class act Wissahickon this winter, or old foes Master The World and Victory Bond, winners respectively of last year’s Winter Derby and the Easter Classic.

CHARLTON-WATSON PARTNERSHIP COULD BE OUT OF THIS WORLD

The Rosebery Handicap, another of the three races from Kempton on ITV4, is every bit as competitive, maybe even more so, with Forbidden Planet and Kelly’s Dino heading a maximum field of 16.

Forbidden Planet is very much on the upgrade and if he’s successful it will be just the boost the new partnership between Roger Charlton and champion apprentice Jason Watson are looking for - assuming of course they haven’t already clicked in the Magnolia with Extra Elusive, who has a bit to find on form but seems to be quietly fancied.

Kelly’s Dino was second in last year’s race behind Crowned Eagle, and it has emerged now that the first past the post is the subject of an ongoing investigation and liable to be disqualified.

That’s a slow process, but in the meantime Karl Burke fancies Kelly’s Dino to win this year’s running, having chased home classy Mootasadir on his reappearance.

DOYLE SKIPS MEYDAN FOR A RETURN TO THE TURF

Doncaster stages the first British turf meeting of the year on the Flat - Ireland started last weekend - and the ITV4 cameras head there for the Lincoln and the consolation Spring Mile have the usual maximum fields, plus two strong supporting races. 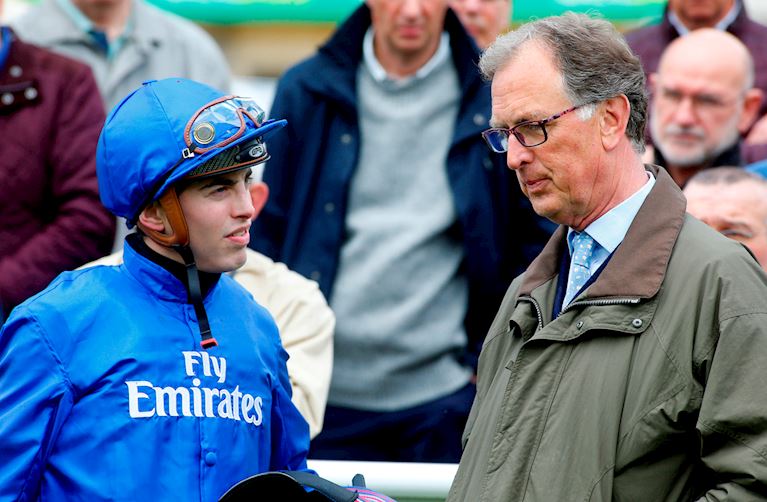 You can see why bookmakers are taking no chances with Godolphin’s Auxerre in the Lincoln, because having made his racecourse debut only in October he’s won the last three of his four starts, and James Doyle is forgoing the delights of Meydan in order to ride him.

He could well turn out to be Group class, like last year’s winner Addeybb, who Doyle also rode.

On the same card Sharjah Bridge, who won the 1m handicap on Ascot’s Champions Day last October, is odds on for the Doncaster Mile, from which Addeybb came out at the 48-hour declaration stage, while Invincible Army and Equilateral go head to head in the Cammidge Trophy.

ALL EYES ON DUBAI FOR THE WORLD’S RICHEST RACEDAY

For fans of international racing there’s nowhere quite like Meydan on Dubai World Cup night, which is the world’s richest raceday.

Thunder Snow has to overcome a wide draw if he is to repeat last year’s win in the feature race - which is worth an eye-watering $12m - but he managed to win from a similar draw last year.

On that occasion, however, main rival North America was uncharacteristically slowly away and couldn’t get to the front. If North America breaks better this time from his inside draw he’ll take plenty of catching.

With another four Group 1 thoroughbred races on the card, plus a Group 2 featuring Melbourne Cup winner Cross Counter, it’s top-class Flat racing from start to finish, with arguably the star of the whole card the unbeaten Japanese wonder filly Almond Eye, who won last year’s Japan Cup and is a hot favourite for the Dubai Turf.

JUMP CARDS OFFER THE CHANCE TO CATCH UP WITH OLD FRIENDS

While Flat racing very much takes centre stage for the weekend, there is decent jumping at Stratford and Uttoxeter on Saturday, and at Ascot on Sunday.

With weather as good as we’ve had this week the ground is inevitably drying out all around the country, but field sizes generally have held up reasonably well and Ascot’s veterans’ chase features plenty of old friends like Josses Hill, Loose Chips and Rathlin Rose.

With Spring very much in the air make the most of it and go racing if you can.