What we learnt on Day Three

It was a day that will live long in the memory of anyone fortunate enough to be there. Here are our six things for Day Three 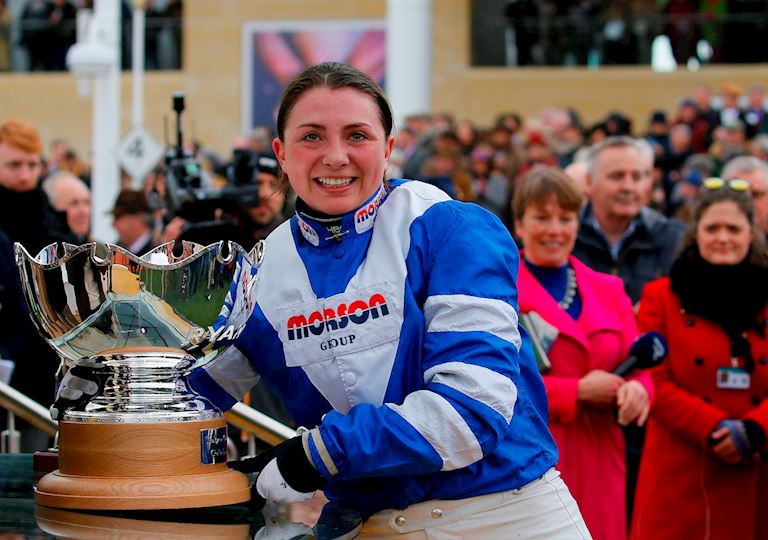 Bryony Brings the House Down

Four days of Extraordinary we said. Well, we’ve not been wrong so far.

On a day of high emotion and unbelievable drama at The Festival, presented by Magners, Bryony Frost and Frodon produced a performance in the Ryanair Chase which will live long in the memory.

Britain had never had a female jockey triumph in a Grade 1 race at The Festival before and, two fences out, it looked like the Paul Nicholls-trained seven-year-old wasn’t going to help Bryony etch their names in history.

The pair looked like they were about to be headed by Aso and Charlie Deutsch. But anyone who has watched any of his 11 career wins knows he is as tough as they come.

As the Jockey Club Racecourses ambassador said afterwards: “He just doesn’t know when he’s beat. And he certainly wasn’t going to be beaten today.”

One thing is for certain. There will be few scenes more emotional this year than the sight of the 23-year-old hugging her father Jimmy as she and Frodon headed back to the winners’ enclosure.

We’d barely finished dealing with ‘something in our eye’ and the emotion of Frost and Frodon’s epic victory when the day’s most heartwarming story was just getting started.

Owner Andrew Gemmell has been blind since birth. But that hasn’t stopped him forming an amazing bond with his horse Paisley Park.

An impressive winner of the galliardhomes.com Cleeve Hurdle at Cheltenham in January, Paisley Park went off a short-priced 11/8 favourite in the Sun Racing Stayers’ Hurdle on day three of The Festival.

We know he and jockey Aidan Coleman like to leave it late. But the pair seemed to come from off the TV screen with just two furlongs to go, eventually going past Sam Spinner and Joe Colliver and holding them off to lift the trophy.

Afterwards owner Andrew celebrated in the winners’ enclosure with the friends who help talk him through the action.

Racing’s fairy dust sprinkled for the second time inside half an hour. 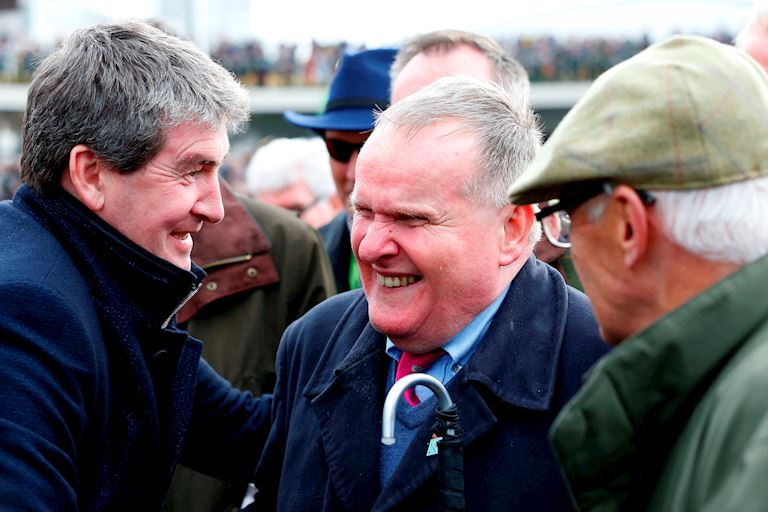 There aren’t many jockeys you’d rather have in your corner when it comes to riding a finish on the biggest stage of them all.

In fact only one other jockey has had more winners at the Cheltenham Festival – Ruby Walsh with 59 – than Geraghty.

After winners on day three with Sire Du Berlais and Defi Du Seuil the Irishman has a career Festival total of 38 and is the leading jockey this week with two winners and two seconds.

With five rides you wouldn’t bet against him being this year’s Holland Cooper Leading Jockey.

LIZZIE GETS BUSY TO WIN FOR STEPDAD

Ladies Day always falls on the Wednesday of The Festival – but trying telling that to Lizzie Kelly who joined Frost on the winners’ podium on day three.

At 9-2 her victory on Siruh Du Lac in the Brown Advisory & Merriebelle Stable Plate will have been as popular with punters as it was with her family - trainer Nick Williams is her stepfather.

Afterwards Lizzie admitted Bryony’s victory two races earlier had inspired her back in the weighing room.

If you predicted the Tricast in the penultimate race of the day then we genuinely have no idea why you’re reading this and not on a plane headed for the Caribbean.

The National Hunt Breeders Mares Novices’ Hurdle was won by 50/1 shot Eglantine Du Seuil and followed home by 66/1 Concertista and the 40/1 shot Tintangle.

Oh. You didn’t back it either?

This season has not been kind to Noel Fehily.

The Irishman has missed a key part of the season through injury and only just made it to The Festival.

Cue disbelief all round in the winners’ enclosure then when 43-year-old Fehily announced he will hang up his boots before the next Festival.

Fehily has now had seven winners at the Festival over the years, notably Buveur D’Air in his first Champion Hurdle victory, and enjoyed a string of other high profile races.

Jump racing will be a poorer place without him.