Weekend preview: From the Jumps to the Flat

Here are some of the things in store this weekend:

FLAT BACK WITH A BANG DESPITE GOSDEN DISAPPOINTMENT

Some used to say that the Flat racing season does not really begin until Newmarket’s Bet365 Craven Meeting, the three-day fixture at racing’s headquarters which begins next Tuesday.

That was never quite true and this year it’s definitely not the case, since a quirk of the calendar prompted by a late Easter dictates that Newbury precedes Newmarket, instead of the norm.

Both offer plenty of interest for anyone itching for a change of pace now that Cheltenham and Aintree are over, and taking centre stage are trials for the 2000 Guineas and the 1000 Guineas, which take place at Newmarket’s QIPCO Guineas Festival of 4th and 5th May.

At this time of year we should be prepared for shocks, and the first came on Wednesday evening, when John Gosden revealed that last year’s outstanding two-year-old Too Darn Hot would miss Saturday’s Greenham Stakes at Newbury after being found to have heat in a splint bone, having trained pleasingly that morning for Frankie Dettori. 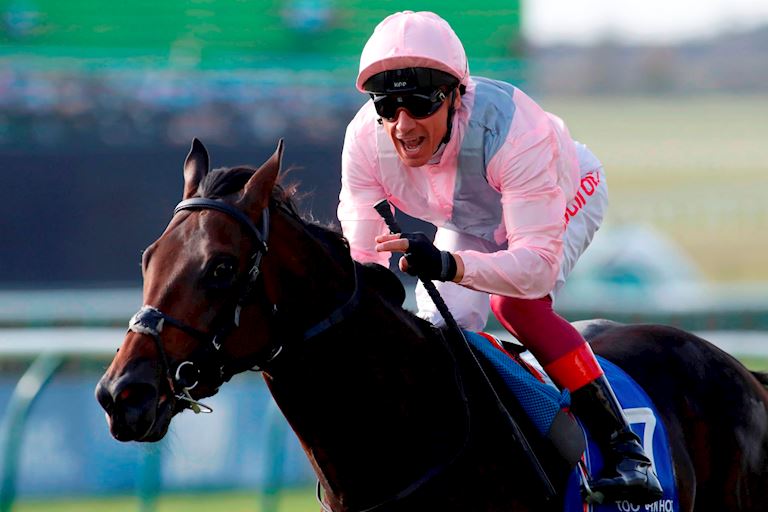 While that was bad news for Newbury, the good news is that Lord and Lady Webber’s unbeaten Dubawi colt ought still to make it to Newmarket on May 4 for the QIPCO 2000 Guineas.

It also makes the Greenham, which was the race chosen for the three-year-old debut of the great Frankel eight years ago, a much more open affair, with cases to be made for Boitron, Great Scot, Mohaather and more.

The winner will need to do something extraordinary to threaten Too Darn Hot’s position in the Guineas betting, and next Wednesday’s Craven Stakes is likely to be just as informative.

But remember that nowadays we often don’t see the 2000 Guineas winner until the big day.

DARLING MIGHT NOT POINT TO THE BUDS OF MAY

The last winner of Newbury’s Fred Darling Stakes to go on and win the QIPCO 1000 Guineas was Wince 20 years ago, and Tuesday’s Nell Gwyn Stakes at Newmarket tends to be a better pointer.

Aidan O’Brien sends over Breeders’ Cup third So Perfect, but he probably has half a dozen stronger 1000 Guineas candidates and it will be surprising if Dancing Vega, Dandhu or one of the others in an unusually big field don’t improve past her.

The supporting John Porter Stakes features an intriguing clash between last year’s winner Defoe, Young Rascal and recent Kempton Listed winner Mootasadir, the winner of which is sure to come into the reckoning for Epsom’s Investec Coronation Cup on May 31.

The main betting race is the Spring Cup, which has a maximum field of 27 and looks impossible to find the winner from.

Good luck if you can’t resist it.

HENDERSON BIDS TO END JINX BUT HOW WILL THE BEAR FARE AT AYR?

Jump racing is inevitably starting to wind down now after last week’s fabulous Randox Health Grand National Festival, but we still have Sandown Park’s Bet365 Jump Finale to look forward to on 27th April, and in the meantime Ayr stages the historic Scottish Grand National.

Beware The Bear, who won the Ultima Handicap Chase at The Festival™, presented by Magners, (below) has been a bit of a gamble for the race this week despite top weight, but it’s sobering to think that Nicky Henderson has yet to win a National of any description - and he’s been trying for more than 40 years! 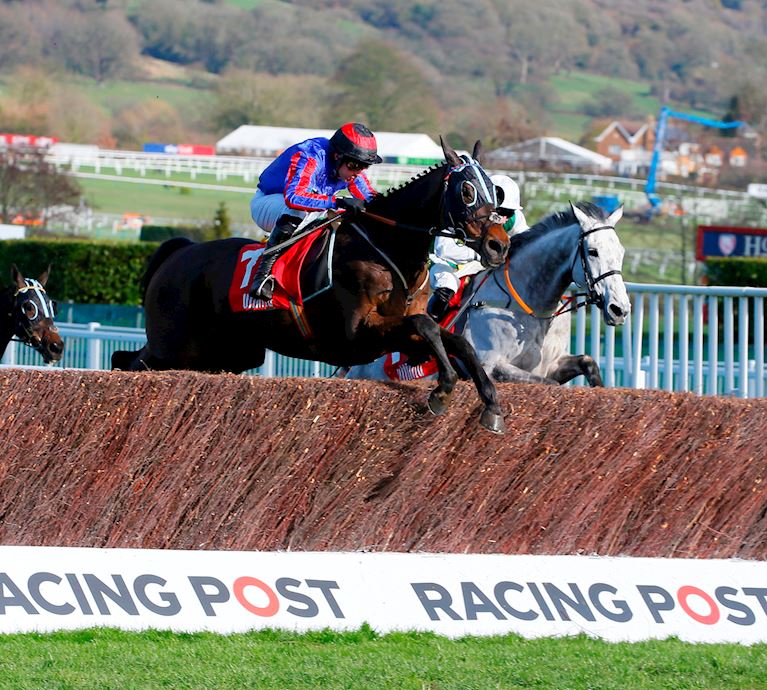 Alan King, who won the race with Godsmejudge in 2013, saddles Dingo Dollar, another who has been popular with punters, while Irish challenger Crosshue Boy looks to have been laid out for the race.

But this looks more open than last weekend’s Aintree spectacular and there’s none as dependable as Tiger Roll to hang our hopes upon.

The Scottish Champion Hurdle - a handicap, unlike the real thing at Cheltenham - is a cracker too.

Trainer Henderson’s only win in the race came 33 years ago - incredible really for a master of his trade who specialises in jumpers with speed - but he has a strong hand with Mister Fisher, Brain Power and Verdana Blue.

Intriguingly, the ride on Kempton Park’s Christmas Hurdle winner Verdana Blue has been given to 7lb claimer Connor Brace, who has had only one previous outing for the stable, when beaten on a hotpot at Ascot.

Drying conditions will suit her ideally.

It’s Family Fun Day at Wincanton on Sunday, and besides loads of free entertainment for kids and special offers on the cost of entrance - under 18s get in free remember - there’s the chance to see some stars of the jumps season parade between races.

Among them will be 32Red Kind George VI Chase winner Clan Des Obeaux and Cheltenham Festival hero Frodon. If that’s not enough there are free Easter eggs for the first 250 children through the gates too.

The feature race is the Healthy Pets Handicap Chase, in which Wincanton standing dish Opening Batsman seeks a fourth win at the track at the grand old age of 13, having gone down fighting against a well-treated rival over the course and distance last time.

Trainer Harry Fry has confirmed that it will be Opening Batsman's last run.

"It will be an end of an era as he was the only remaining horse from my first season as a trainer. It would be the icing on the cake if he could win, but either way he’s been a fantastic servant to the yard and has earned a good retirement."

Bally Longford, from the Colin Tizzard stable which enjoyed such a resurgence at Aintree, could be the main danger.

WEDGE LOOKS TO ADD TO IMPRESSIVE SEASON TALLY AT WINCANTON

Fitness fanatic Adam Wedge enjoyed a career highlight when winning the Scottish National on Joe Farrell 12 months ago and set off with high hopes on the same horse at Aintree last Saturday.

Sadly the partnership struggled after a mistake at the first and eventually pulled up.

It’s somewhat lower key for Wedge this weekend, but he is enjoying easily his most successful season and will fancy his chances of adding to his score in the Cadbury Business Park Hurdle on last year’s winner The Sweeney, who was unlucky to run into a most progressive rival when returning from a wind operation at Market Rasen last time.