Stand by for some top-class sport as the Flat season hits top gear with the first Classics of the year at Newmarket’s QIPCO Guineas weekend.

MOORE GUINEAS SUCCESS ON THE CARDS FOR O'BRIEN?

Future champions who have won the £500,000 QIPCO 2000 Guineas include Dancing Brave, Nashwan, Sea The Stars and the incomparable Frankel, and with 19 runners going to post, almost all of them with claims of a sort, we should sit up and take notice. 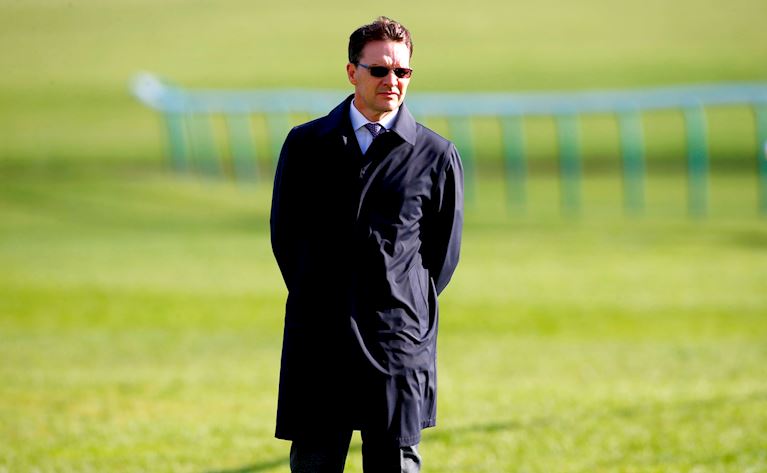 This year’s QIPCO 2000 Guineas is one of the most open in memory. Too much has been made of those who have not made the line-up, including winter favourite Too Darn Hot, Wednesday’s impressive Ascot winner Calyx and the top-class French colt Persian King, and not nearly enough about those who have.

Favourite Ten Sovereigns is unbeaten in three starts, and his Newmarket experience in the Middle Park Stakes could prove invaluable. His stable-mate Magna Grecia met his only defeat at Newmarket, but it was a really good run nevertheless and he then went on to win Doncaster’s Vertem Futurity Stakes, which was the route taken by the stable’s 2018 2000 Guineas winner Saxon Warrior as a two-year-old.

Some say that Ten Sovereigns is too fast to win a Guineas and that Magna Grecia is too slow, but if anyone knows what’s required it’s Aidan O’Brien. After all, he’s already won the Guineas nine times. Neither has had a race yet this season, but that’s O’Brien’s preferred way.

Ryan Moore had the choice and has opted for Ten Sovereigns, but it can’t have been an easy choice.

For the uninitiated, Flat racing stages five Classics. They are the sport's equivalent of golf's majors or tennis's Grand Slams - the very best of the best.

POPULAR DOYLE CAN BREAK HIS CLASSIC DUCK ON SKARDU

Ten Sovereigns is not the only unbeaten colt in the line-up, as Godolphin’s Al Hilalee, a supplementary entry and only just off the plane from Dubai, has won both of his starts, and so have Name The Wind and Skardu. There are plenty more with untapped potential too.

The locally-trained William Haggas colt Skardu, who had Momkin, Set Piece and Royal Marine behind in the Craven Stakes over course and distance, is particularly interesting, and if he’s successful he would be a popular first British Classic winner for James Doyle. 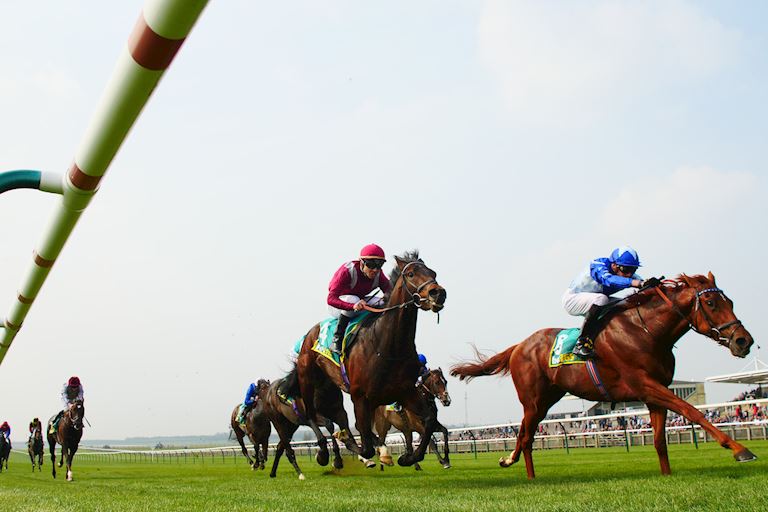 ‘The Doyler’ has enjoyed no fewer than 29 Group 1 wins across the racing globe since he briefly contemplated chucking it all in to learn a trade only ten years ago, but this has not been a lucky race for him. When Kingman was beaten by rank outsider Night Of Thunder in 2014 it was the colt’s only defeat in eight starts, and Doyle was second again on Barney Roy three years later.

The top jockeys are all fiercely competitive, and Doyle is no different. A first domestic Classic would mean the world to him.

Saturday’s supporting races see the return of two of last year’s winners. Prix de l’Abbaye winner Mabs Cross has to overcome a Group 1 penalty against some of the speediest rivals in the business in the Zoustar Palace House Stakes, and Defoe takes on the classy mare Coronet in the Roaring Lion Jockey Club Stakes.

Walkinthesand, switched here from the 2000 Guineas, is the form horse, but UAE Jewel won as he liked at Newmarket and could be anything.

Sunday’s QIPCO 1000 Guineas provides 19-year-old David Egan with the sort of opportunity for which most jockeys wait a lifetime in vain.

The 2017 champion apprentice maintains his partnership with Roger Varian’s unbeaten Qabala, and the filly is a strong favourite to follow up last month’s Newmarket win in the Nell Gwyn Stakes, in which she beat Andrea Atzeni on the stable’s shorter-priced runner Mot Juste. 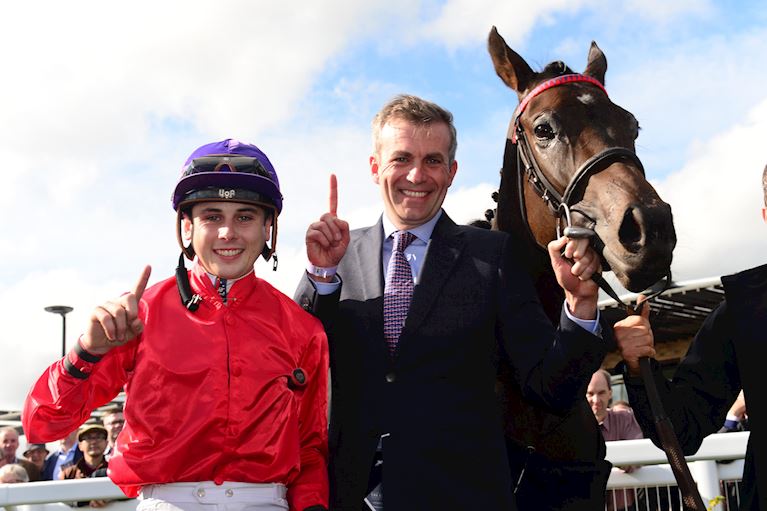 Atzeni is suspended, but Varian needn’t worry about the occasion getting to Egan. As the son of jockey John Egan and a nephew of three-times champion jockey Richard Hughes it’s no wonder he can ride a bit, and he benefits from a cool head and wisdom well beyond his years.

Qabala has scope for more improvement and will be in good hands, but she faces a clutch of opponents with stronger form in the book, including two-year-old Group 1 winners Fairyland, Iridessa and Skitter Scatter, and Group 2 winner Just Wonderful.

Skitter Scatter is now with John Oxx, who has joined forces with Patrick Prendergast over the winter. Oxx has been in racing’s wilderness relatively speaking since his heyday with Alamshar, Azamour, Sea The Stars and Sinndar.

It would be great to welcome him back.

Last year’s QIPCO 1000 Guineas winners Billesdon Brook and Sean Levey are back in action in the earlier Charm Spirit Dahlia Stakes, and have a good look at the later Tweenhills Pretty Polly Stakes, which has a habit of producing a leading fancy for Epsom’s Investec Oaks. Outstanding fillies like Ouija Board and Taghrooda are among those who have done the double.

And don’t forget that all weekend Newmarket’s Hyperion Lawn will provide live music and a variety of bars and food stands. It’s a Bank Holiday weekend, so there’s no excuse for not sticking around for the Après Racing parties, with Radio 1 DJ Greg James booked for the Saturday show and live music from Massaoke on the Sunday.