Five things to look out for this weekend

FUN AND MORE FUN ON THE JULY COURSE

There’s a party vibe to complement some great racing at Newmarket’s Randox Health Carnival Raceday, and the July Course is the perfect venue on what promises to be a glorious day.

There will be steel bands, Caribbean street food, dance workshops and plenty more, along with inflatables to keep the whole family entertained. And don’t forget children accompanied by an adult get in free. 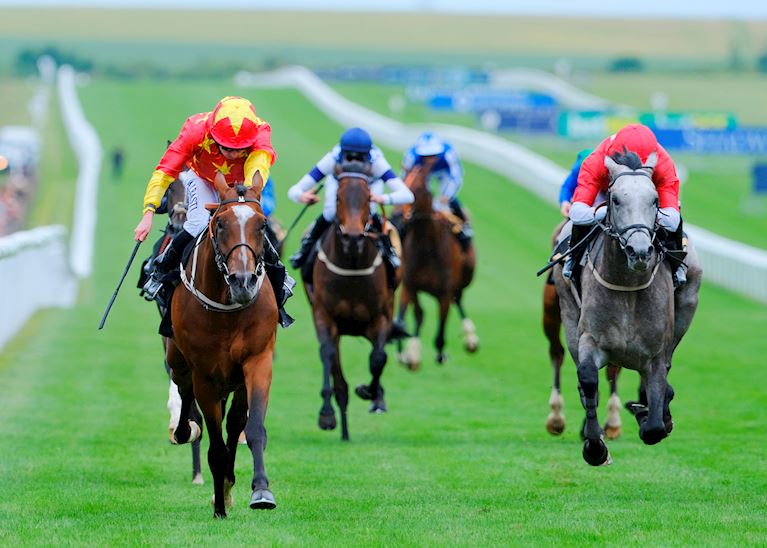 It’s going to be hot, but not as unbearably hot as in parts of Europe, and the July Course has a wide choice of cool tree-shaded areas, as well as plenty of bars to keep everyone refreshed.

So get your Hawaiian shirts on and make the most of it.

RED-HOT DETTORI ON CALL FOR JOHNSTON

No jockey enjoys the sunshine more than Frankie Dettori, and Newmarket racegoers are lucky that the Italian is staying close to home on a busy Saturday that offers countless opportunities elsewhere.

Frankie might be 48, but he’s still at the top of his game, as he underlined when taking top jockey honours at Royal Ascot last week with seven winners, highlighted by the Gold Cup success on the great stayer Stradivarius which completed last Thursday’s ‘awesome foursome’.

Except for a couple of rides at the Curragh he’s taken a well-earned break since Royal Ascot, but he’s back in action at Newmarket with rides for Mark Johnston in two of the feature races.

Rides for Johnston are relatively rare these days, but the pair teamed up for 18-1 winner Raffle Prize in last Wednesday’s Queen Mary Stakes so we ought to take notice that he’s booked for Companion in the Listed Randox Health Empress Fillies’ Stakes and Cardsharp in the Group 3 Randox Health Criterion Stakes.

Neither will be a short price, and Cardsharp will relish the conditions as much as his rider, having finished down the field under top weight on ground he would have hated in the Hunt Cup last week.

Stand by for a flying dismount if either is successful.

LIMATO A STAR ATTRACTION IN CRITERION

The Randox Health Criterion Stakes often punches above its weight, and this year it has attracted two runners who are already winners at the highest level in Limato, who won the Darley July Cup here three years ago, and Suedois, second that day but subsequently the winner of a Grade 1 at Keeneland worth just short of £500,000.

Limato is ridden by Harry Bentley, whose late surge on Biometric last Thursday denied Frankie a five-timer and saved bookmakers millions, while Suedois is the mount of title chasing Danny Tudhope, who managed to ride four winners at Royal Ascot despite having to miss a day to ride at Ripon. 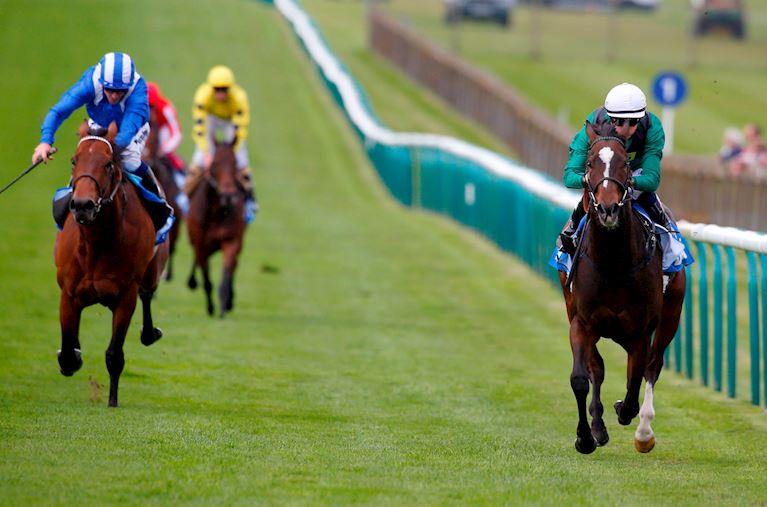 Like Cardsharp, both will enjoy the quickening ground - unlike old-timer Breton Rock, who won the Criterion that same year when it was run in such torrential rain that even the commentator couldn’t him out until they were approaching the furlong marker.

Thankfully that’s not something we need worry about this time.

COULD THERE BE A SUMMER ROMANCE IN THE AIR?

The Randox Health Empress Fillies’ Stakes looks a good opportunity for Summer Romance, who was bought by Godolphin for an eye-watering 800,000 euros at Arqana’s breeze-up sale in Paris only last month and is already an easy winner at Yarmouth for her new connections.

As a Kingman half-sister to Rizeena, who was one of the best of her sex as a two-year-old in 2013, it’s no surprise that everyone wanted a piece of Summer Romance at the sales, and the Yarmouth form had a boost when the runner-up won as she pleased at Brighton earlier this week.

Summer Romance is the first of seven rides for James Doyle, another jockey who enjoyed an unforgettable Royal Ascot, thanks in large part to that magnificent sprint double on Blue Point in the King’s Stand Stakes and the Diamond Jubilee Stakes.

‘The Doyler’ is enjoying a great season, and he’s got more good chances through the afternoon.

FORMER LEGER HOPE LOOKING TO MAKE A SPLASH AFTER ABSENCE

Quality rather than quantity is the watchword in the Randox Health Fred Archer Stakes, also Listed, with a field of four headed by Wells Farhh Go, who looked a leading St Leger candidate when winning the Group 3 Bahrain Trophy on the July Course 12 months ago.

Wells Farhh Go has been off the track since August, and it’s good to see him back, but he’ll need to be on his game to cope with David Egan’s mount Barsanti, a top-of-the-ground specialist from a stable in red-hot form, and the type who might improve a touch for the application of first-time cheekpieces.

There’s not much between the pair, and it could go either way.