WARMING UP FOR A ROYAL OCCASION

We all know what’s coming next week, but this weekend’s racing has plenty of strong races and some classy horses, many of whom are just on the cusp of getting a run next week at Royal Ascot.

In some cases trainers have wisely steered them away from a run in front of Her Majesty, in favour of a shot at some excellent prize money on offer at Sandown Park.

And it’s not just the action on the track which will prove a draw – Saturday is the now annual Randox Health Gentlemen’s Day.

There will be health, grooming and styling tips wherever you look, and there are some great prizes for those who make an effort, including three fine tailored suits from the day’s official partner Hawes & Curtis for the afternoon’s best dressed man, two for the runner-up, and one for the third.

CAN THE MAN FROM TENERIFE BE THE NEW BATTAASH?

The accent is very firmly on speed when the action gets under way, and it’s worth remembering that the opening Randox Health Scurry Stakes is the Listed event in which the blisteringly fast King’s Stand Stakes favourite Battaash launched his bid for the top two years ago.

There’s not an obvious Battaash in the line-up this time, but you never know. After all, Battaash himself went under the radar here as an unfancied 11-1 chance before going on to win a Group 3, a Group 2, and a Group 1 later that year, ending his campaign with that stunning four-length defeat of Marsha in the Prix de l’Abbaye at Longchamp. 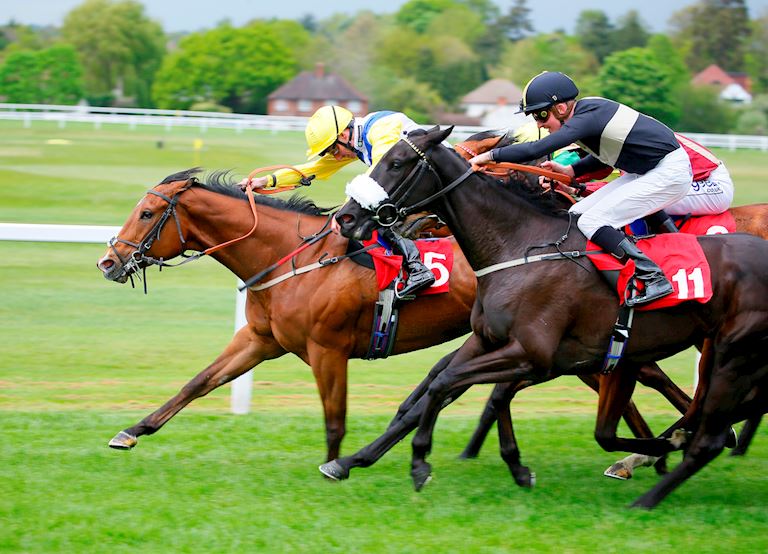 The Stuart Williams-trained Street Parade made a big impression on fast ground at Windsor on his reappearance, and he should have a big say in this if he can handle the very different going.

The race also has an international theme with a fascinating French-based challenger in El Guanche, who is trained by Chantilly based Spaniard Mauricio Delcher Sanchez.

El Guanche – translated as man from Tenerife, apparently - has come a long way since starting his career in fairly humble company at the picturesque La Zarzuela racecourse just outside Madrid.

He has a great draw on the rails, and while he has questions to answer on soft ground so too do most of the other principals, including Leodis Dream, Pocket Dynamo and Well Done Fox.

PETTOCHSIDE BIDS TO KEEP IT IN THE (FALLON) FAMILY

The randox.com Handicap is another of the three races from Sandown Park that will be free to air on ITV4, along with action from York and Chester. It caters for five furlong horses from rather lower in racing’s pecking order than the earlier Listed race, but it’s an interesting sprint nevertheless.

It can’t have happened often before, and perhaps never, but this is an opportunity for red-hot apprentice Cieren Fallon to ride a horse that his father Kieren, the retired six-times champion jockey, also rode, albeit only twice, five years ago.

Fallon junior rides veteran Pettochside for 77-year-old John Bridger, who kept that great favourite Megalala sweet until he was 16, and there’s plenty to like about their chance. After all, Pettochside was rated 95 at this time last year and his mark has now plummeted to just 75.

In handicapping terms that 20lb drop equates to the best part of seven lengths over this distance, and on top of that you might add a couple of lengths for Fallon’s 7lb claim. Pettochside shaped better last time, and Bridger is sure to get him back on track one day. It’s just a matter of when. 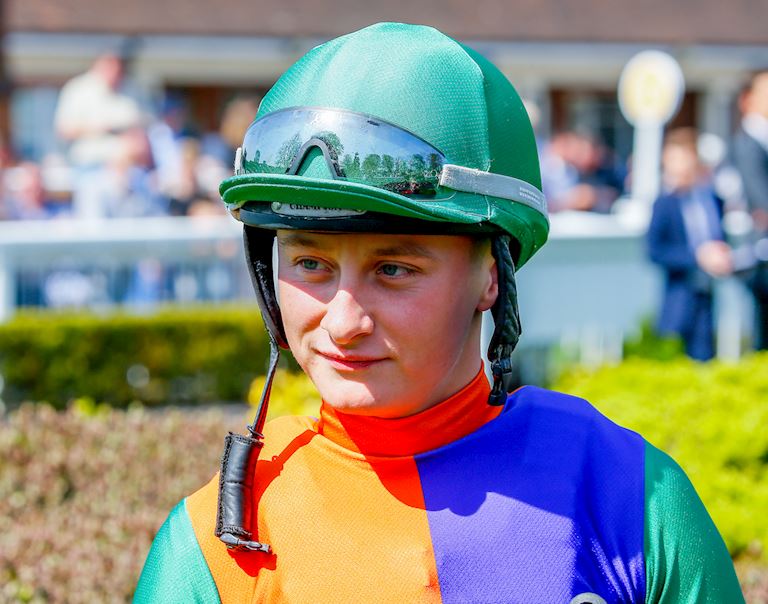 If Pettochside looks too risky you might try Fantasy Keeper, who is very happy on soft ground and has champion jockey Silvestre De Sousa on board. The pair looked a bit unlucky at Goodwood on Sunday.

The three joint top weights in the 1mile Randox Health Handicap still have entries in Wednesday’s Hunt Cup at Royal Ascot but currently have little prospect of making the cut. A penalty for winning here would make all the difference.

That’s perhaps what’s on David O’Meara’s mind with Baltic Baron, who cost connections a not insignificant 75,000 euros at Deauville in February and might have made a winning debut for them at Nottingham earlier this month, but for meeting trouble in running in a messy race.

He looks just the type O’Meara does well with, title-chasing Oisin Murphy is a very positive booking and with an eye on Ascot the stable clearly doesn’t mind running one twice in five days.

Joint top weight Greenside won this two years ago and is only a pound higher. His trainer Henry Candy also saddles the much more lightly raced Thrave, and neither will mind the ground.

For some the party will only just be starting when the principals for the concluding Randox Food Handicap make their way back to the winner’s enclosure at around 5.40pm, as Sandown Park has booked Rockaoke for the post-racing entertainment.

According to their own publicity, Rockaoke are the UK’s original, best and only specialist live karaoke band, and they invite their audience to “live the dream” by taking to the stage and singing with a live rock band.

If singing on stage with a live band is high on your bucket list then this might be your chance. If not, it’s a great opportunity to slip away quietly and beat the traffic!