You might have expected Jumps genius Willie Mullins to be at home with his feet up at this time of year.

However, not content with taking many of the main prizes at The Festival™, presented by Magners, and again at Aintree’s Randox Health Grand National Festival, he’s back saddling the hot favourite in a Group 3 Flat race for fillies at Haydock Park.

Mullins has never had a Flat runner at Haydock before, but the Betway Pinnacle Stakes offers an ideal opportunity for a winning start, because his useful hurdler True Self has risen so rapidly through the ranks being switched to the Flat that she arrives here bidding for a fifth consecutive victory, following three good wins in Listed company. 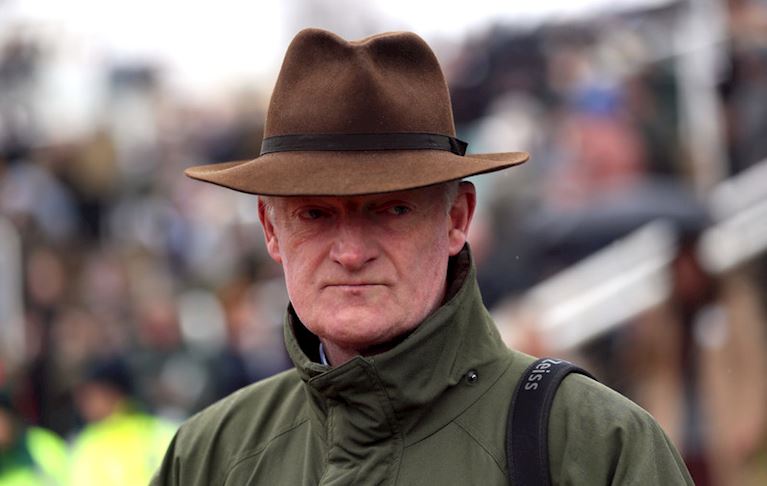 The ratings suggest True Self will be very hard to beat, and it’s hard to see a weakness as she won’t mind soft ground and a stiff test of stamina will suit her fine.

It’s not a one-horse race though, and expect Frankie Dettori on Highgarden and Danny Tudhope on Klassique, in particular, to be doing their best to spoil the Irish party.

HAYDOCK OFFERS FREE SHUTTLE AND BRING YOUR OWN FIZZ

Talking of parties, Haydock Park’s ‘Summer Saturdays’ programme is in full swing now and, unusually, racegoers are invited to bring their own ‘sparkle’ to the races.

For one day only sparkling wine, prosecco or champagne can all be brought into the racecourse, where the track’s own angels promise to transform you into a glitter goddess at the sparkle station.

The fun isn’t over when racing finishes either, as there’s a DJ set from Anton Powers afterwards. With a free shuttle service to Newton-Le-Willows station there’s no need for the car, so make the most of it.

NO PLACE LIKE HIS HOME FROM HOME FOR SAFE VOYAGE

The Betway John Of Gaunt Stakes is another Group 3, and it could provide last year’s QIPCO 2000 Guineas second place horse Tip Two Win with just the opportunity he needs to get his career back on track. We know how well he goes fresh, and on his best form he’s the pick in an open race.

There are plenty of alternatives though, including the splendid Sir Dancealot and mud-lover Breton Rock, although Haydock Park regulars probably won’t want to look any further than course specialist Safe Voyage.

Safe Voyage won at the Galway Festival last year and Haydock is his home from home and he is in the form of his life. He’s unbeaten in three visits to the track, two of them this year, and he’s very effective on the likely soft ground.

With a Listed five furlong race headed by back-to-his-best veteran Danzeno, plus an opening handicap featuring a clutch of progressive three-year-olds there’s plenty to look forward to, both on and off the track.

PLENTY OF REASONS TO HEAD TO THE JULY … IN JUNE

At Newmarket the action switches to the beautiful July Course for the first time this year, and with an after-racing show from the legendary Nile Rodgers & Chic the summer season could hardly be kicking off in better style. 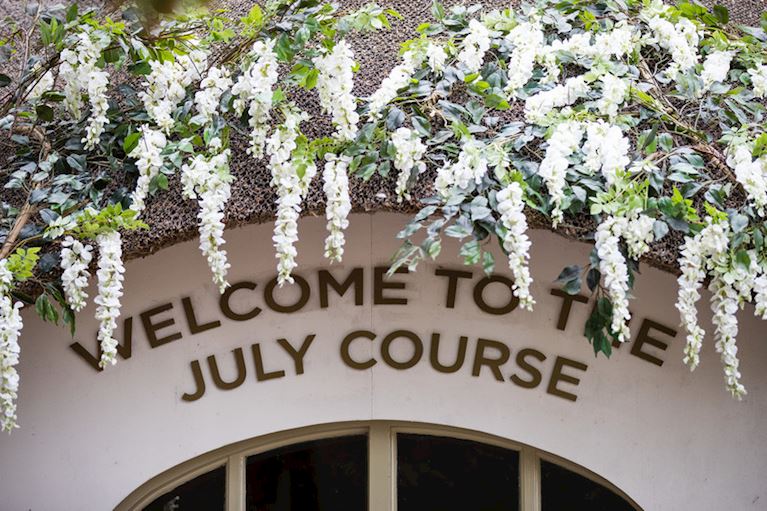 Rodgers will be a huge draw in himself at an event like this, but there’s good racing too. The action begins with two strong handicaps, both of which feature in ITV Racing’s coverage, which also embraces the best races from Haydock Park and Beverley.

Awe had no luck in running in the Silver Bowl at Haydock Park last time and is of obvious interest for William Haggas and Tom Marquand in the seven furlong Bentley Cambridge Handicap. However, you would struggle to entirely rule out any of his rivals.

It’s a similar story in the 1m 6f Bernard Sunley Handicap, in which 17 horses have been declared. Amanda Perrett’s Spirit Ridge has decent claims, but the heart will be with the gutsy improver What A Welcome, who won six of his seven races last year and at Goodwood last time was beaten only a nose. The winner that day was King’s Advice, who this year has won an even more impressive six out of six.

The later RWS/Strawberry Fields Stud Handicap is every bit as competitive, and the winner could well be going on to Royal Ascot for the Wokingham Handicap.

Royal Ascot is almost upon us, but there is still time for unheard of youngsters to book their places.

John Gosden introduced Calyx for a five-length winning debut in the six furlong novice on this Newmarket card 12 months ago, and just 10 days later he was a hugely impressive winner of the Coventry Stakes.

This time Gosden runs the only filly in the race, Daily Times, and as she’s a half-sister to last year’s brilliant Breeders’ Cup winner Newspaperofrecord she needs taking very seriously.

There are also opportunities at Beverley for Royal Ascot hopefuls to make their mark, and just three years ago Prince Of Lir made a winning debut in the Brian Yeardley Stakes before going on to win at Royal Ascot.

Wherever you are, keep an eye on the other meetings. But above all enjoy yourselves.