Racegoers at Haydock Park have a rare opportunity to see Frankie Dettori in action when he makes a flying visit, solely to ride Wissahickon in the feature Rose Of Lancaster Stakes.

And, if that’s not enough to set the pulse racing, get this.

It’s Ladies’ Day, so you are invited to put the sass into your summer and make the day all the more memorable at the track’s social occasion of the year, with off course attractions dedicated to fashion, style and music, plus an opportunity to win a holiday worth £2,000.

On top of all that there will be a DJ performance after racing by style guru Gok Wan, who will spin the decks in a set that’s sure to keep Haydock Park rocking into the early evening.

PROMISING WISSAHICKON LOOKING TO GET BACK ON the winning trail

Pretty much everyone will have heard about Frankie Dettori’s sensational summer of Group 1 glory, when Advertise’s win at Deauville last Sunday followed big-race wins on Stradivarius and Too Darn Hot at Goodwood earlier in the week to make it 12 top level wins in just two months. 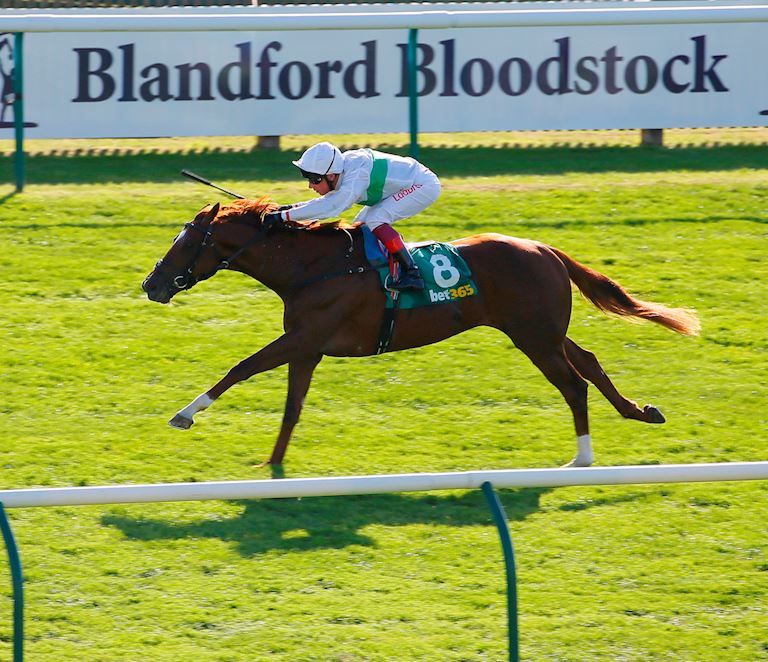 Frankie is 48 now, though he certainly doesn’t look it or act it, and he is keeping one eye on prolonging his career and so is very selective about where he rides these days, and how often. To underline it, this season might be more than halfway over now, but he has so far ventured North only for nine rides at York and two at Doncaster.

Five of those eleven rides were winners - a pretty astonishing strike rate by any standards - so we can assume he means business on Wissahickon, who carried all before him on the all-weather through the winter and impressed in the Winter Derby before he was surprisingly hammered seven lengths by Matterhorn in the Easter Classic on Finals Day.

Wissahickon had looked a Group 1 horse in the making until that shock defeat, and a subsequent 113-day absence suggests he can be forgiven as something presumably wasn’t quite right that day.

We know from last year’s Cambridgeshire win at Newmarket that he is effective on grass, and if he’s back on song he  could prove hard to beat if handling the softish ground.

Royal Ascot winner Addeybb, with Haydock specialist Richard Kingscote on board in place of Shergar Cup-bound Danny Tudhope, looks set to start favourite and will be no pushover, and the softer the ground the better so far as he is concerned.

However, this might be one of those rare occasions when punters can get a bit of value from one of Frankie’s rides, and be ready for that trademark flying dismount if Wissahickon wins. The Rose Of Lancaster might not be a Group 1, but Frankie won’t disappoint his fans on a day like this.

Another strong Summer Saturday card at Haydock Park also features the competitive Vulcan Village Handicap and the Listed British Stallion Studs EBF Dick Hern Stakes, both over a mile and both joining the Rose Of Lancaster Stakes on ITV4, where the schedule also takes in Newmarket’s feature race and the entire Shergar Cup card.

The Dick Hern Stakes is a cracking affair and features a head-to-head between two fillies who are both unbeaten in their only two races and both already proven on soft ground.

The ex-Irish four-year-old Miss O Connor made a sensational start for William Haggas when blasting home eleven lengths clear at Nottingham last week. She is the mount of Oisin Murphy, who is odds-on favourite for a first jockeys’ title but is being made to fight for it by Danny Tudhope.

The Ralph Beckett-trained Feliciana De Vega has not raced yet this year, but she looked a really bright prospect when winning by six lengths on her debut at Newmarket and by four and a half lengths when upped to Listed company at Deauville.

Feliciana De Vega is the mount of Harry Bentley, dubbed ‘the horse snogger’ in an interview earlier this week after featuring in one of the most popular Tweets from Goodwood. If you haven’t seen it yet just enter Harry Bentley Beyond Reason into your search bar.

It’s Royal British Legion Day at Newmarket - one of the track’s most popular afternoons of the summer - and so racegoers have an opportunity to support a very worthy cause while enjoying a great day of racing, with entertainment for kids of all ages including the Army Air Corps Lynx Helicopter and Battlestations.

The feature race is the Group 3 german-thoroughbred.com Sweet Solera Stakes, in which all nine fillies are already winners and three of them are unbeaten.

The likely favourite here is Ultra Violet, locally trained by Ed Vaughan, who won a six-furlong maiden there with ridiculous ease on her debut at the end of June, coming home eight lengths clear of a filly who went on to run well at Ascot next time. 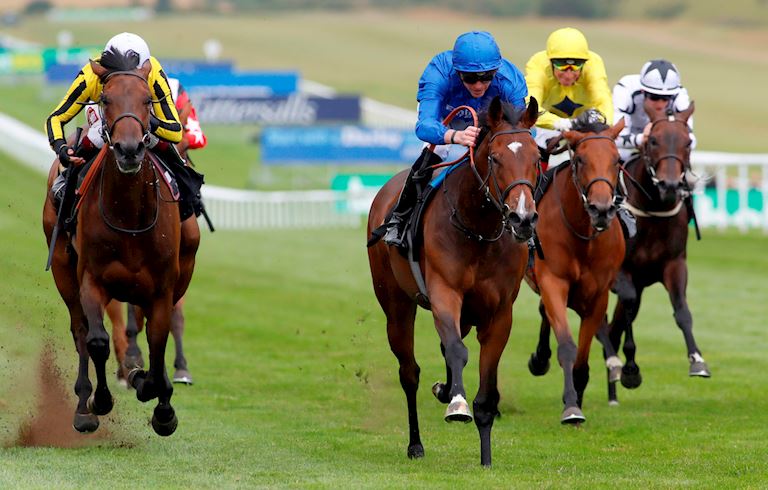 It’s a bit of a cliche, but Ultra Violet really could be anything, but so too could Soffika, who is trained by Sir Michael Stoute for Stradivarius’ owner Bjorn Nielsen and made a promising winning debut at Pontefract, and Dalanijujo, who was a Nottingham winner for Mick Channon first time out.

It’s not as if it’s just between the three of them either, as Dark Lady bids to give Richard Hannon a third win in the race in four years, and Godolphin’s five wins in the last ten years suggest William Buick’s mount Light Blush is worth a close look.

If any one of them is impressive we can expect a few ripples in the ante-post markets for the QIPCO 1000 Guineas.

GRENADIER GUARD CAN STRIKE FOR THE RELENTLESS JOHNSTON TEAM

Newmarket has a strong supporting card, and Qaysar is bound to be popular in the BBAG Germany’s Yearling Sales Handicap, making a quick reappearance under a penalty after bolting up at Newbury on Tuesday, where he featured in a five-timer for Richard Hannon and a hat-trick for James Doyle.

Later in the afternoon check out Grenadier Guard in the Stan Holdstock 80th Birthday Handicap. Trainer Mark Johnston continues in great form after a record-breaking July, and Grenadier Guard is the only three-year-old in a field of relatively exposed stayers.

We should never underestimate the advantages that the younger horses enjoy in handicaps over this sort of distance in the second half of the year. They have invariably been outnumbered in this race yet have a very good strike rate.