Five things you need to know about the weekend's racing action

The news on Friday morning that neither of the leading three-year-olds will take part in the Betfair Sprint Cup at Haydock Park might have robbed the race of two outstanding talents, but it remains a race with real depth even without Advertise and Ten Sovereigns.

Khaadem was not at his best behind Advertise in the Commonwealth Cup at Royal Ascot, and he was subsequently beaten by German challenger Waldpfad at Newbury. 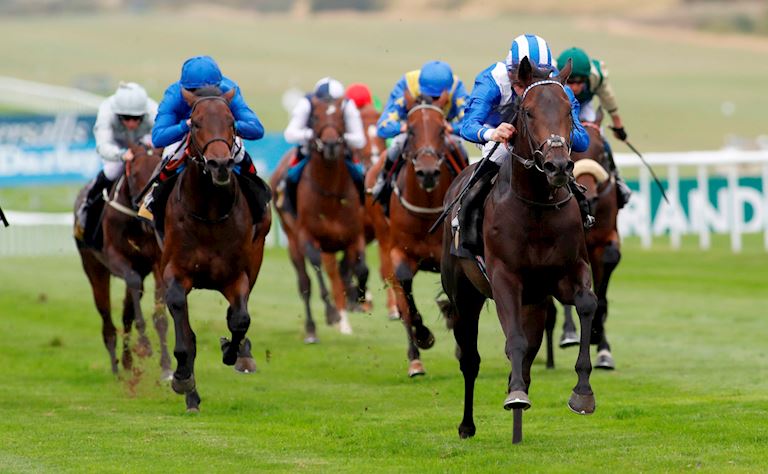 But he looked a different horse when landing a gamble in the Stewards Cup at Goodwood last time and few will need reminding how expert Charlie Hills is proving when it comes to getting the best out of a top-class sprinter.

Really soft ground is an unknown, but on Goodwood form Khaadem is going to play a big part.

Hello Youmzain did himself no favours at the start when third in the Commonwealth Cup, but looked good beating Calyx at Haydock Park the time before. He has been kept fresh for an autumn campaign, and the Betfair Sprint is a prime target.

His trainer Kevin Ryan is determined to have a big say in the result, for he also saddles evergreen veteran Brando and the tough and dependable Major Jumbo.

Diamond Jubilee runner-up Dream Of Dreams is another key runner.

And while Danny Tudhope’s hopes of a first championship might be slipping away, success in this £300,000 race on Sir Michael Stoute’s much improved five-year-old would help ease the pain.

DODS GIVES RODRIGUEZ A SECOND CHANCE ON THE BIG STAGE 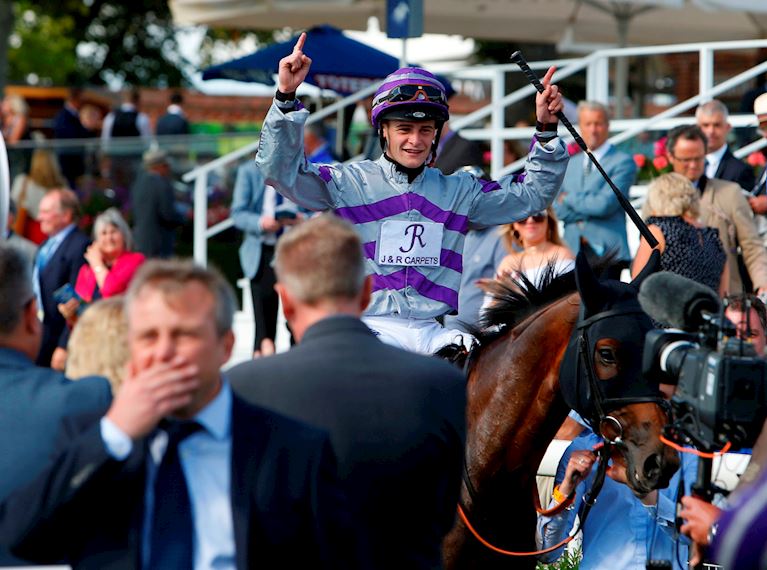 Rodriguez ought to have had the world at his feet when he won the Ebor at York two years ago as an apprentice on Nakeeta, but he was suspended for six months in March after failing a drugs test and has much rebuilding to do if he is to fulfil his potential.

He will be glad to have the backing of trainer Michael Dods, who has given him the chance of a memorable comeback on the first day he is eligible to ride again, putting him up on a smashing filly who he has already won on five times, although not here 12 months ago.

Everyone deserves a second chance, so we wish him luck.

HERE COMES WHEN CAN PROVE SUPERIOR AGAIN 12 MONTHS ON

Here Comes When, a one-time Group 1 winner in the Sussex Stakes, is back in the Group 3 Bet In Play On The Betfair Exchange Superior Mile which he won last year when heavy rain turned Haydock Park into a mudbath. It is unlikely to be so soft this time however, but a repeat is by no means impossible.

Reshoun, another comfortable winner 12 months ago, returns off just a 3lb higher mark in the £100,000 Betfair Exchange Old Borough Handicap. This looks really competitive, but Jim Crowley is on board again and this race might have been the target all season.

The Haydock Park card opens with another £100,000 race, the Better Odds On The Betfair Exchange Handicap.

The distance and ground look tailor-made for Moon King, who is unbeaten in five races under similar conditions this year, while John Gosden and Frankie Dettori have a likely type in last month’s York runner-up First In Line and the Queen has an improving stayer on her hands in Calculation.

However, there are plenty of alternatives, and Alan King likes the chance of Trueshan, who has slipped in under the radar after low key wins at Wolverhampton and Ffos Las and is expected to be very much at home on soft ground.

Just 12 months ago Kempton Park was graced by the presence of Enable, the undisputed queen of our sport and now officially rated the world’s best racehorse.

Last year John Gosden was using the Group 3 Sun Racing September Stakes as a last-chance opportunity to get a prep run into her before she went to Longchamp to defend her crown in the Qatar Prix de l’Arc De Triomphe.

History relates that Enable beat another ‘great’ in Crystal Ocean, before scraping home by the skin of her teeth at Longchamp and then heading to Churchill Downs, where she beat Magical.

After a far smoother run in 2019 she is now poised to become the first horse ever to win the Arc three years in succession.

There is no Enable in Saturday’s line-up, and there’s no Crystal Ocean either, but the race is arguably all the better for that as it’s the most competitive renewal in memory, with plenty of realistic chances in a field of 12. 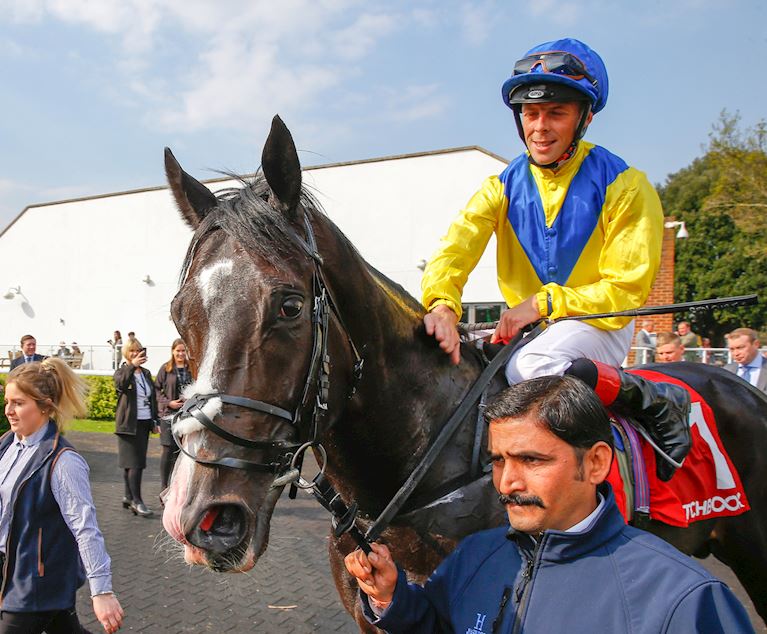 Likely favourite Best Solution was a multiple Group 1 winner abroad last year for Godolphin but has not raced for ten months and is presumably being readied for an international campaign this autumn, so he might not be wound up.

He could still win of course, but it might pay to look elsewhere, perhaps to all-weather specialist Mootasadir, or else to last year’s York Group 2 winner Thundering Blue, from the bang-in-form David Menuisier stable.

With around £250,000 in prize money on offer and a supporting card that includes the Group 3 Sun Racing Sirenia Stakes for two-year-olds and the £70,000 Sun Racing London Mile Final, the racing ought to be attraction enough at Kempton Park.

However, there’s much more to your day there. For Spandau Ballet’s Martin Kemp is hosting an afternoon of retro fun, with an after-party DJ set at which he will be mixing all of the best hits from the 80s.

It’s a great way to celebrate the changing of the seasons, and you are very much encouraged to dress up in appropriate costume for the period. Have fun.