IMPRESSIVE PINATUBO OUT TO PROVE HE HAS PERFECT 2020 VISION

Few races come even close to Newmarket’s Darley Dewhurst Stakes when it comes to crowning champion two-year-olds and pointing towards the stars of next year.

Saturday’s duel is expected to give us at least some idea of who might be a Classic winner in 2020, especially when one contender is an unbeaten colt with a higher rating than even the legendary Frankel had after his 2010 defeat of Roderic O’Connor.

Frankel, widely acknowledged as the greatest racehorse of the modern era, if not of all time, went into the Dewhurst unbeaten in three races, which he had won by an aggregate of 23 lengths, and with an official rating of 123. After his impressive win, he was raised to 126, and he ended his career on 140. 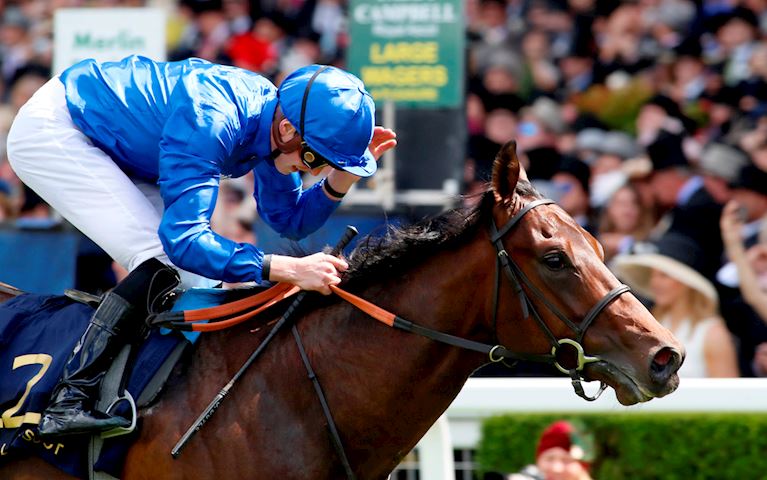 Godolphin’s Pinatubo is already unbeaten in five races, which he has won by an aggregate 22 lengths, and he already has an official mark of 128, which is just about off the scale so far as two-year-olds are concerned.

Unlike Frankel, Pinatubo has already won a Group One - and by nine lengths no less - and whereas Frankel faced a rival with a higher rating in Dream Ahead, who failed to run his race, Pinatubo is head and shoulders better than his rivals according to the figures.

It’s true that if Pinatubo reproduces either last month’s Curragh form, or even his slightly lesser defeat of Positive at Goodwood, he is pretty much a banker. However, he has had a long season, is unproven on ground softer than good, and Newmarket’s undulations have been known to find out even the best.

Also it’s a horse race after all and four contenders from the stable of Aidan O’Brien are among eight decent rivals. O’Brien, who has won the Dewhurst five times in the last 10 years, is not one to run scared of a horse and Coolmore has stumped up £40,000 to supplement Wichita, a No Nay Never colt who could hardly have been more impressive when winning a Group 3 over the course and distance at the end of last month.

The deflation of Enable’s defeat at Longchamp is still raw for many fans. Might Wichita be another Waldgeist?

AUTUMN STAKES WINNER CAN TAKE PUNTERS BACK TO THE FUTURE

Dubai Future Champions Saturday isn’t just about the Dewhurst. For the two supporting Group 3 races both also have the potential to produce future stars.

Recent winners also include Ghaiyyath, Best Solution and Kingston Hill, so Saturday’s victor will be well worth keeping a close eye on next spring. 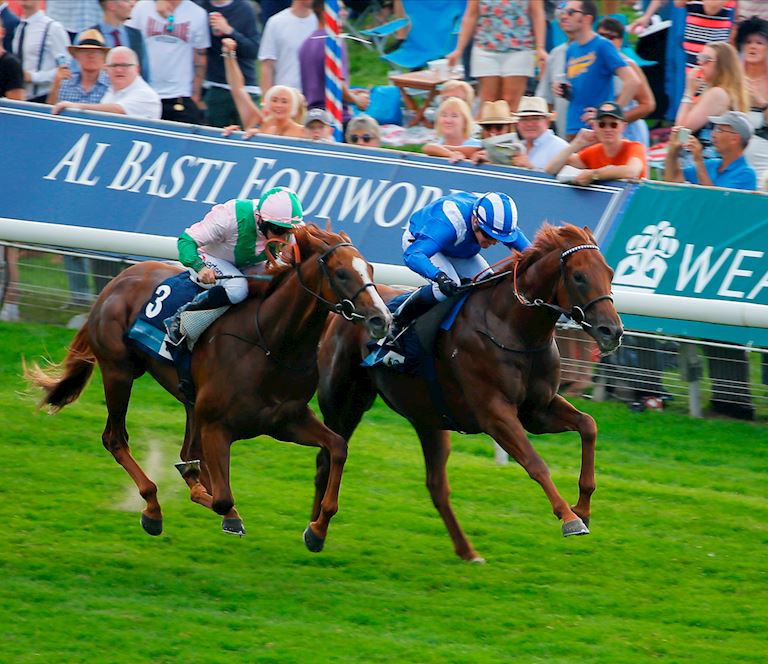 Molatham, from the Kingston Hill stable of Roger Varian, beat Wichita at Doncaster and is the likely favourite, but Al Suhail, Cherokee Trail and Persia are all entitled to have a say in the finish.

The Godolphin Flying Start Zetland Stakes has been elevated to Group 3 status for the first time. Unsurprising perhaps when you consider that the race’s 2016 winner Coronet has won two Group 1s this year, while 2017 winner Kew Gardens won the Grand Prix de Paris and the St Leger as a three-year-old.

Other smart recent winners include Hartnell, who won at Royal Ascot the following year and is still going strong at the age of eight in Australia, where he has taken his career earnings to just shy of £4 million.

All but two of the nine runners this time were last-time-out winners, and Volkan Star, Mythical and Max Vega all won by upwards of six lengths, so this is a very strong race for the grade.

The 1 mile 2 furlong trip is an extreme test of stamina for a two-year-old, especially on autumn ground, so it’s not one for the faint-hearted.

The Emirates Cesarewitch Stakes is the day’s big betting race, and with £350,000 prize money on offer it’s hugely competitive.

Buildmeupbuttercup had plenty going for her even before superstar jump racing trainer Willie Mullins booked Frankie Dettori. As the pair have previously linked up for an Irish St Leger and a Lonsdale Stakes, plus second in a Melbourne Cup, from barely a handful of opportunities, it’s no surprise she has been heavily backed through the week. 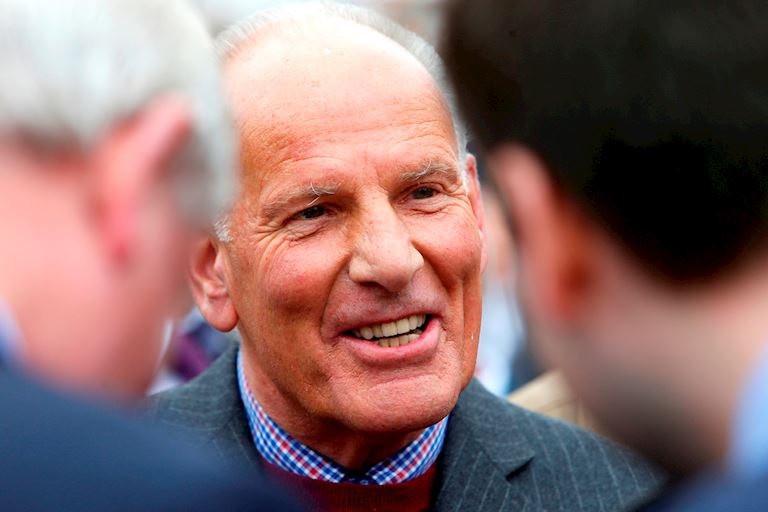 Sir Mark Prescott, whose bad luck in the Cesarewitch is the stuff of legend, has two major players in Land Of Oz and Timoshenko, so he too has been making headlines.

Prescott’s litany of high profile defeats include one with a filly who was 19lb well in and suffered a hairline fracture to her pelvis when poised to win, so stall 30 of 31 has the makings of another hard luck story.

There can be no complaints about Timoshenko’s draw in stall 12 however, so perhaps this will be Prescott’s year at last. Still, with two 66-1 chances and a 50-1 shot among the race’s last seven winners you really can’t count on anything.

RADIO 1 DJS HELP NEWMARKET ROUND OFF A SUPER SATURDAY

If you’re not flagging after a seven-race card that features three Group races and the Cesarewitch then we have the perfect end to the day.

Newmarket’s Après Racing party returns, and Radio 1 DJs Scott Mills and Chris Stark will be hitting the decks to round your Saturday off in style.

With some great racing, some of the best horses of next season giving us a glimpse of what’s to come in 2020 and a party atmosphere after the action is finished, the Rowley Mile really is the place to be on Saturday.