While all eyes on Sunday will be focused on Enable’s bid to make history in Paris, there’s some excellent sport on this side of the English Channel first.

Newmarket’s Gold Season is in full swing now, and on the last weekend before the sales’ ring excitement begins at the October Yearling Sales at Tattersalls - Europe’s most prestigious bloodstock auctioneers - there is some terrific action on the racecourse.

Pride of place at Newmarket goes to a Group 1 Kingdom Of Bahrain Sun Chariot Stakes which features the last two winners of the QIPCO 1000 Guineas among five individuals who have already won at the top level.

On almost any other weekend this race would have been the week’s big talking point but it’s hard not to be casting our minds forward to 3.05pm on Sunday.

Every one of us is wishing Prince Khalid Abdulla’s fabulous mare Enable and partner Frankie Dettori the very best of luck as she bids for an unprecedented third successive win in the Prix de l’Arc De Triomphe.

TAKE A CHANCE ON LAVENDER’S BLUE FOR ABBA’S BENNY

Benny Andersson is destined to be forever associated first and foremost with ABBA, whose popularity remains undimmed more than 40 years after they first achieved international fame.

Less well known is his fascination with horseracing. Now, 24 years after he first dabbled in ownership with Singoalla, who was placed on all of her four starts for John Dunlop but failed to win, he at last has his own ‘Dancing Queen’ in his home-bred Sandown Park Group 3 winner Lavender’s Blue, who has a live chance in the Sun Chariot Stakes.

Andersson has had Classic winners in Scandinavia and won a Group 3 in France with Beatrice Aurora, who is the dam of Lavender’s Blue.

However, this filly looks a bit special, for she was trapped behind rivals at a crucial stage in Sandown Park’s Atalanta Stakes, yet when a tiny gap appeared she squeezed through willingly before sprinting away impressively.

Andersson could not be present that day, but the smart money (money, money) would be on him not missing this one.

TOP 1000 GUINEAS RIVALS DO BATTLE AGAIN IN THE CHARIOT

While Lavender’s Blue will be among the favourites for the Sun Chariot, the strength of the opposition might be gauged from the fact that last year’s 1000 Guineas winner Billesdon Brook looks set to start at 20-1 or more, notwithstanding her return to the winner’s enclosure at Goodwood last time.

That was a welcome step back in the right direction, but there’s no question others have stronger form.

After all, Hermosa is a dual 1000 Guineas winner this year. Iridessa who beat Hermosa in the Matron Stakes last time, is a three-time Group 1 winner, including in the Fillies’ Mile over Saturday’s course and distance a year ago.

Laurens, second to Billesdon Brook in the Guineas, is now a six-time Group 1 winner, including in this race last year. And Veracious, who looks to have been saved specifically for this and will be fresher than most, is a typical Sir Michael Stoute-trained improver who gained her first Group 1 win in the Tattersalls Falmouth Stakes on Newmarket’s July Stakes.

If that’s not enough, let’s not forget that I Can Fly ran the brilliant Roaring Lion to a neck in the QEII at Ascot last October.

The Sun Chariot Stakes is the most valuable race on the card at Newmarket, but there’s big money on offer too in the £150,000 Tattersalls October Auction Stakes.

At first glance this is a cavalry charge to rival last Saturday’s bet365 Cambridgeshire, but while there will be 30-odd runners again there are only two who count if previous form proves an accurate guide.

The James Tate-trained Under The Stars has been showing high-class form all year and ran as well as ever at Newmarket last Friday when a close fourth to Daayeh in the Rockfel Stakes, a Group 2 with much more strength in depth than this race.

She will be ridden by Oisin Murphy, who will be crowned Champion Jockey for the first time at Ascot in a fortnight.

The only rival whose form comes close is Archie Watson’s Lambeth Walk, who was fourth to Raffle Prize in the Group 1 Duchess Of Cambridge Stakes on Newmarket’s July Course. 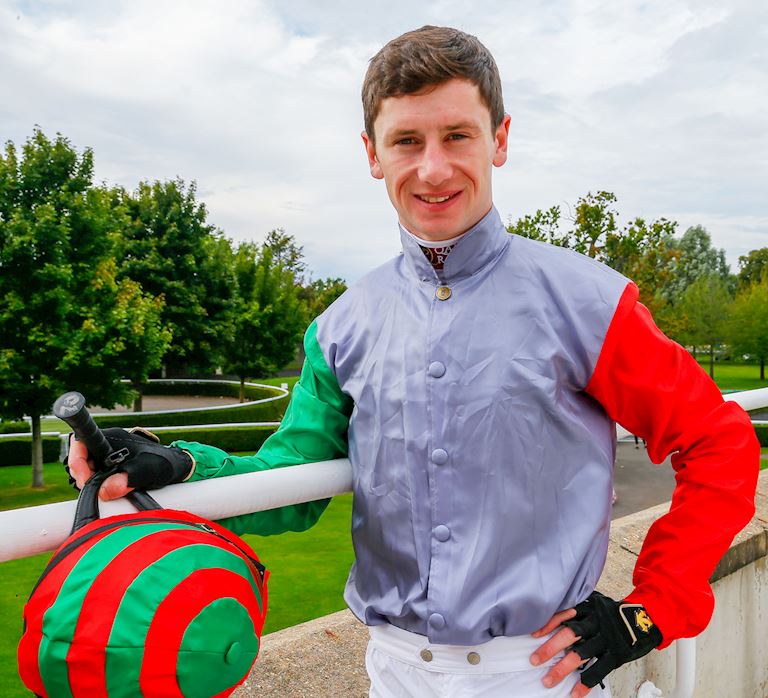 Murphy has ridden Lambeth Walk every time so far, but the weight would be an issue here and he is replaced by the excellent Hollie Doyle, who is fast approaching the 100-winner mark for the year.

CHAMPION-ELECT MURPHY CLOCKS UP THE MILES TO SECURE TITLE

Ever-popular Oisin Murphy has effectively been Champion Flat Jockey in all but name for weeks, and it’s hard to believe now that through July and August it looked as if Danny Tudhope would make him fight all of the way.

Nobody could accuse him of taking his foot off the gas though. A good book of rides at Newmarket also includes Veracious in the Sun Chariot, highly promising Godolphin first-time-out winners White Moonlight and Raaeb.

In a week which started at Chantilly on Monday and will finish at Longchamp on Sunday he will also have ridden at Kempton Park, Nottingham, Kempton again, Chelmsford and Dundalk. The championship could not be more deserved.