There’s a feast of jump racing to look forward to over the weekend, but if you tune in to just one race make sure it’s the Badger Beers Silver Trophy Chase at Wincanton, where Present Man and Jockey Club Racecourses Ambassador Bryony Frost will be bidding for an unprecedented third successive win.

This is the 58th running of a race that local brewers Hall and Woodhouse have remained loyal to throughout and is actually the oldest unbroken sponsorship in jump racing.

The race promises to be another cracking renewal, featuring 2017 Ladbrokes Trophy Chase runner-up Whisper as a classy top weight and strong contenders from all of the West Country’s top stables.

It’s hardly surprising that this is the first big target every season for Present Man, since he races for Mark Woodhouse, the sponsor’s outgoing Chairman and a Jockey Club Member.

And while it didn’t go so well in 2016, when Jack Sherwood was unseated at the second, there has been no mistake the last twice with Bryony on board. The nine-year-old has become one of Bryony’s great favourites, and although he has crept up the weights, Paul Nicholls will have him spot on.

A third win for Present Man would make a great story, but so too would success for veteran The Young Master, who was first past the post as a novice five years ago, only to be disqualified on a technicality.

There are plenty of other possibilities too, and if there would be a certain justice to The Young Master winning, the same could be said of White Moon, who last time out had another Wincanton handicap at his mercy when falling at the last.

TIZZARD HOPES HIS RISING STAR HAS PLENTY IN THE TANK

Reserve Tank was beaten at Chepstow on his chasing debut, but he will be all the better for the experience and he is already among the leading fancies for the JLT Novices’ Chase at The Festival, presented by Magners. 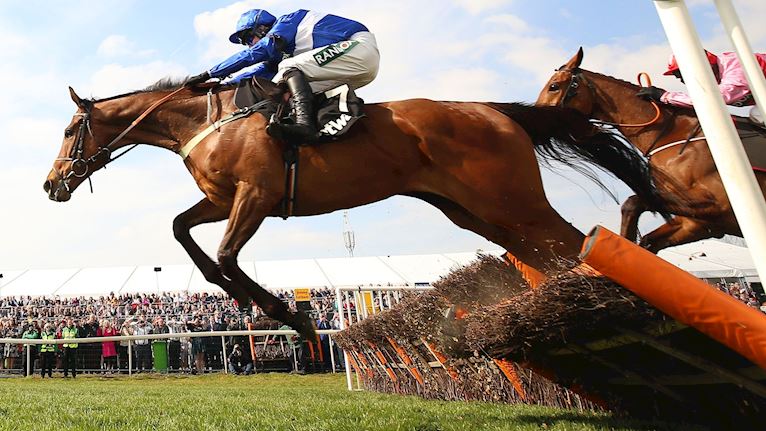 Fusil Raffles has made a big impression since arriving from France and an impressive return here could well see him shorten further for the Unibet Champion Hurdle, for which he is already fourth favourite in some lists.

There is also plenty of interest in the Richard Barber Memorial Mares’ Handicap Hurdle, since Barber had a huge influence on West Country jumping before his death in the summer and many of those whose careers he helped mentor, including Harry Fry, Anthony Honeyball and Paul Nicholls, will be keen to win this first running of the race.

If the racing itself isn’t enough, Loose Connections will be performing between races, and then in the Badger Band Tent afterwards.

It’s Virgin Bet Autumn Raceday at Aintree, where the running order has been rejigged slightly in a bid to reduce the likelihood of obstacles having to be omitted owing to low sun, and the card’s three chases should all have been run before it becomes a serious issue.

Let’s hope so, because while it’s the iconic Grand National fences which Aintree will always be principally associated with, chases run on the Mildmay Course can be just as spectacular in their way. It’s flat and fast and favours slick jumpers who like to race close to the pace.

Follow The Bear, Trio For Rio and Champagne Mystery all fit the bill in the opening novice handicap chase, while Theflyingportrait and Indian Temple are likely types in the two later handicaps.

They should all go well, but these are three competitive handicaps and there are plenty of dangers. After last year’s impressive win in the race it would be no surprise if Philip Hobbs has had the Virgin Bet Handicap Chase in mind for a while for War Sound, and he’s handicapped well enough to score again.

SKELTON’S ROKS STAR CAN GO ONE BETTER AT AINTREE

Roksana will always have a special place in Dan Skelton’s heart, as she gave him a landmark first Grade 1 win as a trainer in the OLBG Mares Hurdle at Cheltenham in March.

Skelton would probably be the first to admit it was a somewhat fortuitous success, since Benie De Dieux looked set to score when emulating Annie Power four years earlier by falling at the last when holding a clear lead. 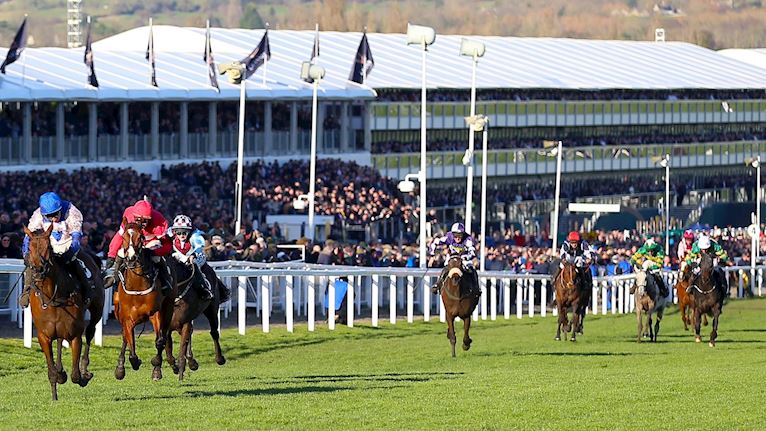 Nevertheless, Roksana confirmed herself a top-class hurdler in her own right by splitting If The Cap Fits and Apple’s Jade in the finish of the meeting at Aintree a few weeks later, and she has a great chance of resuming with a win in the Bet And Watch At Virgin Bet Hurdle at the same course on Saturday.

Last year’s runner-up Vision Des Flos, who has had wind surgery since we last saw him, and 14-time winner Top Notch head the dangers.

Sandown Park’s return to jump racing on Sunday looks just as enthralling as Wincanton and Aintree. The card gives racegoers an opportunity to see the return to action of one of the leading lights for the Magners Cheltenham Gold Cup in the Virgin Bet Future Stars Intermediate Chase, and later some very special old friends in the Casino At Virgin Bet Veteran’s Handicap Chase.

Santini was beaten at both Kempton Park and Cheltenham after his impressive winning chase debut at Newbury a year ago, but that was in two of the hottest Grade 1 novices of the season and he ran well in both.

He remains such an exciting prospect that he is pressing last Sunday’s exciting Carlisle winner Lostintranslation for the third favourite’s spot in betting for the Gold Cup, with the pair headed only by 2019 winner Al Boum Photo and his stable-mate Kemboy, who beat him in the Punchestown Gold Cup.

This is a race recently won by Gold Cup winner Coneygree and King George VI Chase winner and Gold Cup second Might Bite, and if you delve a little deeper you will find stars of the past such as Looks Like Trouble, another Gold Cup winner.

With bet365Gold Cup winner Talkischeap in opposition, along with Now McGinty and Steely Addition this is no cakewalk, but Santini ought to be hard to beat.

For Jumps fans who follow the form each year there are some familiar faces in the veterans’ chase, including Loose Chips, who won the race last year and in 2016, and Houblon Des Obeaux, who was successful in between.

Racegoers know what to expect with Loose Chips, who loves to lead, and provided he doesn’t face too much competition up front he’s going to give backers a great run for their money, despite his advancing years.

The handicapper has certainly done his bit, for having won the race off 137 and 130 he now gets in off bottom weight on a mark of 123.