Five things you need to know about Boxing Day's racing

With three Grade 1 races and a roll of honour which includes most of the biggest names in Jump racing the Ladbrokes Christmas Festival is not only the jewel in Kempton Park’s crown but the racing highlight of the entire winter.

Year after year in the 1980s Boxing Day belonged to Desert Orchid, who would have won the King George VI Chase five times in a row but for the intervention of the unheralded French challenger Nupsala in 1987.

More recently the great Kauto Star enjoyed an even longer reign, winning every year between 2006 and 2009 and then regaining his crown from Long Run for an unprecedented fifth win in 2011. 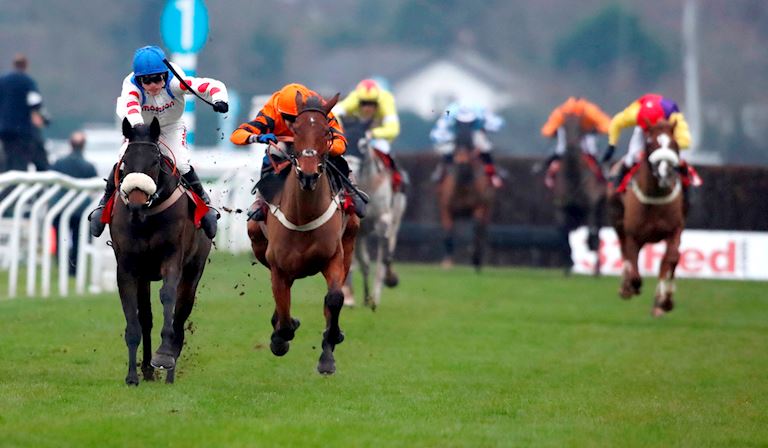 Multiple winners of the King George seem to be the norm nowadays - Long Run won it twice and so too did The Fellow, One Man, See More Business, Kicking King and Silviniaco Conti. But while both last year’s winner Clan Des Obeaux and 2016 winner Thistlecrack have sound claims, this is such a hot renewal that they are barely even being talked about.

All the talk this time is about their respective stablemates; Lostintranslation for trainer Colin Tizzard and Cyrname for Paul Nicholls. And you can see why.

Lostintranslation looked a future star when comfortably getting the better of RSA Chase winner Topofthegame in a Grade 1 novice at Aintree in April, and he could hardly have looked more accomplished when beating Bristol De Mai in the Betfair Chase at Haydock Park, where he found himself in front plenty soon enough but still won well. He looks to have it all.

Victory for him would keep him on target to become the first horse in history to win the £1 million bonus for winning The Jockey Club’s Chase Triple Crown, with the small matter of victory in the Magners Cheltenham Gold Cup in March the only thing in his way.

However, Cyrname has been a complete revelation in the last 12 months, with two breathtaking performances at Ascot in the spring and another there on his reappearance, where he ended the brilliant Altior’s record-breaking winning streak of 19.

He has to prove himself at three miles, and he is such an enthusiastic front runner that he perhaps won’t help himself, but he’s the choice of Harry Cobden and at the weekend was endorsed by none other than Sir Anthony McCoy, who would love to be riding him.

It cannot be insignificant of course that Cobden, who had the choice, has deserted Clan Des Obeaux in favour of Cyrname, especially as he chose correctly in similar circumstances 12 months ago when he might have ridden the shorter-priced Politologue.

Nicholls’ number one jockey gave Clan Des Obeaux an unbelievably cool ride that day for a mere 20-year-old, delivering his boss an extraordinary 10th win in the race. It’s worth remembering the horse is owned not only by Sir Alex Ferguson, but also by Harry’s sponsor Ged Mason.

He must have seen something very special in Cyrname to get off Clan Des Obeaux.

HENDERSON TRIO LINE UP FOR A COMPETITIVE CHRISTMAS HURDLE

Last year’s Ladbrokes Christmas Hurdle delivered the finish of the festival, when Verdana Blue got up at the post to deny her stablemate Buveur D’Air a repeat win that most, not least trainer Nicky Henderson, thought was a formality.

Verdana Blue is back - carrying new colours following her recent 370,000 guineas sale to Michael Tabor - and this time she faces two stablemates. One of them, Fusil Raffles, is a course and distance winner who has reportedly come on enormously for last month’s Wincanton win. The other, Epatante, looks hugely progressive and has been backed at long odds for the Champion Hurdle.

All three have claims, and this is probably not one even Henderson himself would want to predict. Besides, there are others with decent claims, including Champion Hurdle third Silver Streak, Fergal O’Brien’s new recruit from Willie Mullins, Quick Grabim, and a rare Australian raider in Big Blue. 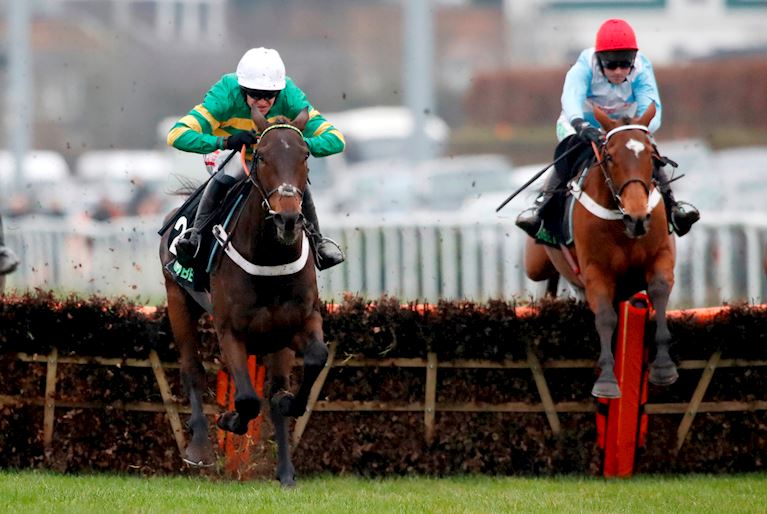 A former French-trained Godolphin stayer, Big Blue has impressed both on the Flat and over hurdles in Australia, where he is trained jointly by Ciaron Maher and David Eustace.

Look out for Ciaron in the parade ring by the way. He wears his hair ‘Sideshow Bob’ style, like David Luiz or Matteo Guendouzi, so you are unlikely to miss him.

The afternoon’s first Grade 1 contest is the Ladbrokes Kauto Star Novices’ Chase, another race with a rich history. There’s not an obvious Long Run or Coneygree in this year’s line-up, but perhaps it’s all the better for that, as there are four strong candidates in a field of seven.

Black Op is already a winner at this level, over hurdles at Aintree in 2018, and he has made a good start to his chasing career, winning impressively at Stratford before finding only the RSA Chase favourite Champ too good at Newbury. Trainer Tom George is having an excellent season and jockey Jonathan Burke won the big handicap hurdle at Ascot on Saturday.

Two years ago Black Corton delivered a first ever Grade 1 for Jockey Club Racecourses-sponsored Bryony Frost and trainer Paul Nicholls. And it is the latter who saddles a talented pair in Master Tommytucker, the choice of Harry Cobden, and Danny Whizzbang, and this is another race in which Harry will not have found choosing easy.

Colin Tizzard’s Slate House is exciting and looked unlucky when a late faller in the BetVictor Gold Cup, but he then made harder work of winning than expected at Huntingdon.

Jumping is going to be key, and that’s just how it should be.

RAIN CANCELS HUNTINGDON BUT FROST CAN BE THE STAR AT WINCANTON

There will be huge disappointment among the 8,000 or so racing fans who were looking forward to enjoying their traditional Boxing Day at Huntingdon, as the meeting had to be abandoned on Monday morning due to flooding.

It’s been unusually wet at Wincanton too, but the ground staff spent Monday morning moving rail to avoid areas of standing water and the weather is hopefully set fair now.

There’s a long tradition behind racing on December 26th here, and a good crowd is expected for a seven-race card that is complemented by live music from The Hipcats and a rare opportunity to bring dogs and picnics to the Course Enclosure adjacent to the second-last fence.

Bryony Frost will be there and she’s got a full book, with four rides for her boss Paul Nicholls and three for Neil King. Her best chance looks to be If You Say Run in the mares’ novices’ chase.

A decent hurdler she made a winning debut over fences before finding only the classy Reserve Tank too good in a Grade 2 at Wincanton. Her previous chasing experience could swing it for her against Annie MC, who was similar class over hurdles but has never jumped a fence in public. 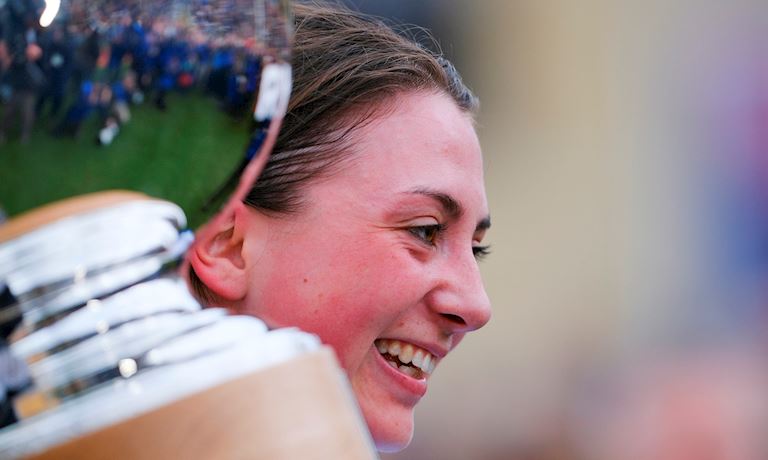 A competitive card also features a qualifier for the Pertemps Network Hurdle at Cheltenham, and the Lord Stalbridge Memorial Cup, won in the past by horses as popular as Monkerty Tunkerty, who was successful in 2012, and Friday’s Welsh National hope Potters Corner, who won 12 months ago.

They’ve been racing at Market Rasen on Boxing Day since 1946, and these days it’s Rand Farm Park day, with the first three races on a seven-race card receiving the backing of the local attraction.

Rand Farm Park offers fun for all of the family, and that’s the theme here too. There’s free children's entertainment, including carol singing, a Christmas treasure hunt, face painting and real reindeer, and there’s plenty for the adults too, with live music, an ‘egg and spoon’ race for dads in which the eggs will be replaced by brussels sprouts, and a grown up treasure hunt.

In addition, for £20 there’s a rare opportunity to walk the course before racing with the clerk of the course, a top jockey and the raceday presenter.

It’s a cracking card and there’s no need to miss the King George as that will be shown on the big screen between races.

The feature race is the Clugston Lincolnshire National Handicap Chase, over 19 fences and just short of three and a half miles. This renewal looks a great opportunity for Dan Skelton’s Very First Time to complete a hat-trick after good wins at Southwell and Catterick. He’s got more on his plate, but he’s only seven and was rated much higher than this with Tim Easterby two years ago.

If you fancy a more speculative wager you might try Cyclop, who won this in 2017. Cyclop has yet to repeat that form, but he’s been given every chance off a 9lb lower mark and has another big plus.

Not everyone enjoys this time of year, but Cyclop’s three wins over here have all been in December and the first of them was also on Boxing Day, five years ago. Don’t say we didn’t tell you.