Sandown Park’s first raceday of the year offers a great opportunity to get close to the rising stars of the sport as well as some much loved old-timers at one of the best viewing tracks in the country. And for once this winter the weather is shaping up nicely too.

The rising stars are out in force in the Unibet Tolworth Novices’ Hurdle, which back in 1984 was won by the great Desert Orchid.

When ‘Dessie’ won he was making a quick return after impressing at Kempton Park on Boxing Day, but Emma Lavelle’s fast-improving Hang In There has been kept nice and fresh specifically for this Grade 1 since his good win at Cheltenham’s November Meeting, while likely favourite Fiddlerontheroof has had four weeks off since his effortless course and distance win.

Fiddlerontheroof bids to give Colin Tizzard a third Tolworth in four years, following wins with Finian’s Oscar and Elixir De Nutz, and the six-year-old’s earlier second placings behind Thyme Hill and Edwardstone read even better now than they did at the time. 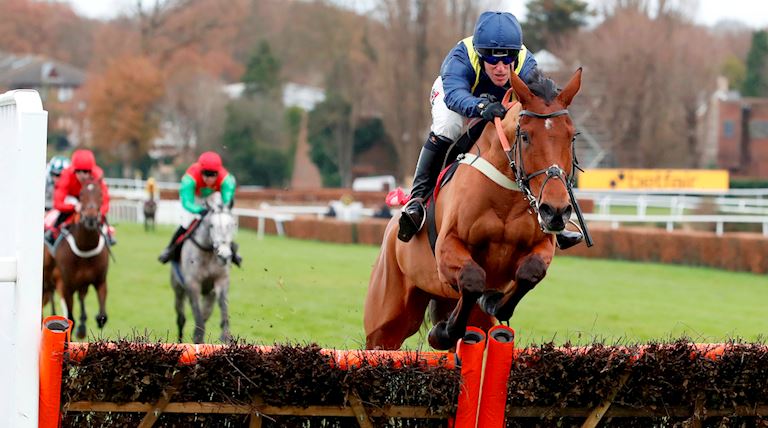 Newbury winner Son Of Camas looks another big player, and we also have a rare Irish challenger Jeremys Flame, sent over by Champion Hurdle winner Gavin Cromwell, the part-time farrier with a real gift for training racehorses.

We’ve only had one previous Irish-trained Tolworth winner - Yorkhill four years ago - but Jeremys Flame has to come into calculations with her 7lb mares’ allowance.

While the Tolworth Hurdle will be the race that has the purists drooling, it’s the £100,000 Unibet-sponsored Veterans’ Chase Series Final that the paying public will be looking forward to most.

The veterans’ series has been one of the success stories of the last few seasons, as it has provided great opportunities for many of our most popular chasers to race competitively for worthwhile prizes without being exposed to young up-and-comers against whom they would be up against it.

Last year’s winning finalist Houblon Des Obeaux was a stalwart of the series, and it’s highly appropriate that this year’s final is being run in his memory after his tragic heart attack in last month’s London National.

His trainer Venetia WIlliams would no doubt love to win again with her good Ascot winner Burtons Well, while Evan Williams, whose 2018 winner Buywise was closing on Houblon Des Obeaux when a final-fence faller, has chances with King’s Odyssey and On Tour. 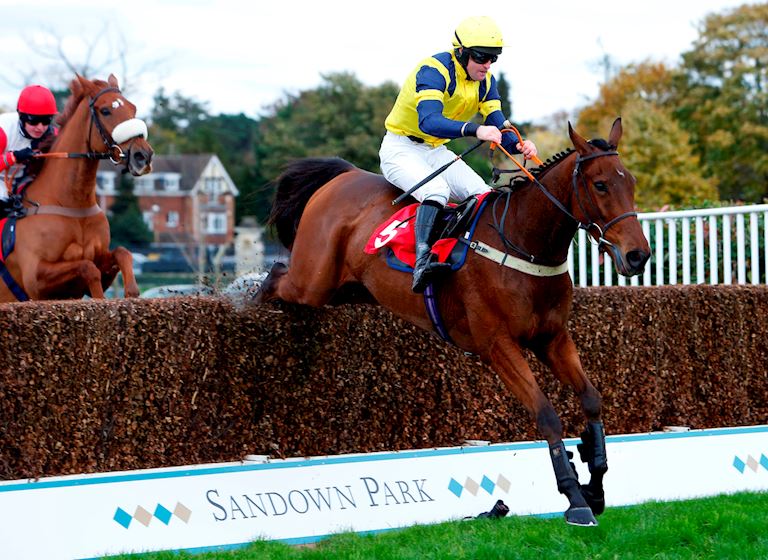 Dark Flame, who passed the post second in the London National before the race was voided, is another who must have a good chance with his light weight, especially after the ‘winner’ Doing Fine gave the form such a boost at Cheltenham on New Years Day.

HENDERSON HOPING TO PUT NEW YEAR'S DAY MISERY BEHIND HIM

Sandown Park’s supporting programme comprises three more good handicaps, a competitive Listed mares’ hurdle and a juvenile hurdle in which Nicky Henderson has a great opportunity in which to start putting behind him the nightmare of New Year’s Day.

Nicky has spoken at length about his afternoon at Cheltenham, when his nine beaten runners included dual Grade 1-winner Champ, who came down at the second last with a good prize at his mercy, and King George winner Might Bite, who ran another mystifying race when pulled up over hurdles.

Henderson’s new recruit Palladium, beaten a short head at Warwick on his hurdles debut, is not one of his stable stars - not yet anyway - and it’s on the shoulders of Son Of Camas in the Tolworth that the stable’s principal hopes for the day are resting.

Nevertheless, success here in the juvenile would be very welcome after all those setbacks.

Wincanton stages an all-encompassing day that promises to enlighten, enthrall, and garner new interest for a sport that is as social as it is entertaining.

It’s been designated Newcomers Raceday and thanks to champion trainer Paul Nicholls, who is based just down the road, racegoers can enjoy an unexpected bonus when dual King George winner Clan Des Obeaux parades at 1.45pm. 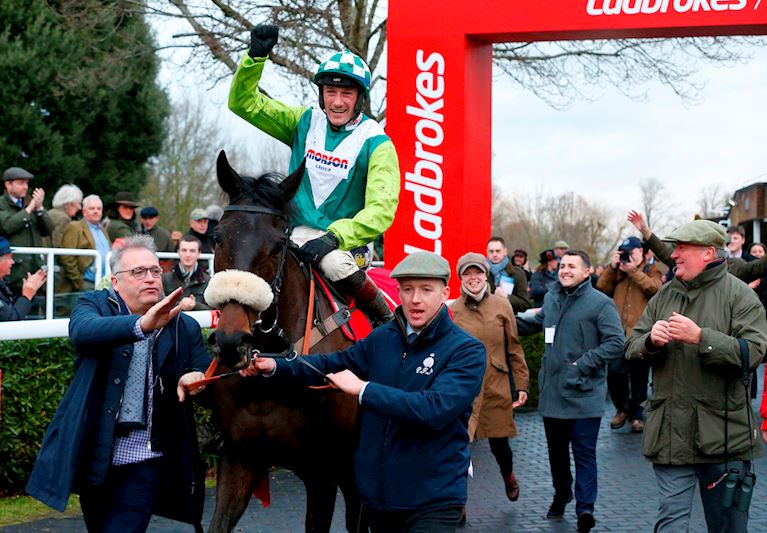 Former jockey Mark Wall is hosting the track’s 'All You Need To Know Zone’ and he will answer any questions and to help demystify the ins and outs of a day at the races. And remember under 18s go for free, with a full paying adult.

The feature race is the £20,000 Boylesports Handicap Chase in which Alan King fancies his 13-year-old Valdez to go well despite top weight. Instantly recognisable with just about the broadest white blaze in the business, Valdez is relatively low mileage despite his years and has already been in the winner’s enclosure this winter, having won well at Hereford last month.

Boylesports also sponsor a handicap hurdle worth nearly as much, in which young Bryan Carver has another good chance to continue his red-hot recent run on Nifty At Fifty, and a 2m chase in which Jockey Club Racecourses Ambassador Bryony Frost will be hard to beat on her recent course and distance winner Saintemillion.

All three races feature alongside the Sandown Park highlights in ITV4’s coverage.

Just a few miles from Sandown Park, but on the other side of the Thames, Kempton Park stages its first meeting of the new year.

It’s Flat racing under floodlights, so it could hardly be more different from last week’s spectacular two-day Ladbrokes Christmas Festival, where Clan Des Obeaux and Epatante promoted their Festival prospects so emphatically, but it’s a competitive eight-race card and it has a particularly classy staying handicap as its centrepiece.

Two years ago Mildenberger won a recognised Derby Trial at Newmarket and then chased home the brilliant Roaring Lion in the Dante Stakes at York. He hasn’t won since, but the 2m 32Red Handicap offers him a great chance to put that right.

Named after the German heavyweight Carl Mildenberger, who unsuccessfully challenged Muhammad Ali for the World Heavyweight Title in September 1966, his third to Raymond Tusk at Newcastle last month showed he still packs a punch.