WHY TRIALS DAY AT CHELTENHAM WILL OFFER PLENTY OF FESTIVAL CLUES

Saturday’s seven-race card at Cheltenham is not called Festival Trials Day for nothing. It has four Grade 2s and a hot handicap, so it’s a great day’s racing in its own right, but there’s not a one-day fixture all winter that regularly provides more clues for The Festival™ presented by Magners.

Just look at last year, when Frodon, Paisley Park and Siruh Du Lac all followed up their Festival Trials Day triumphs with success on the biggest stage in March. They took the Ryanair Chase, Stayers' Hurdle and Brown Advisory and Merriebelle Stable Plate Handicap Chase respectively, and the history books offer many more examples besides. 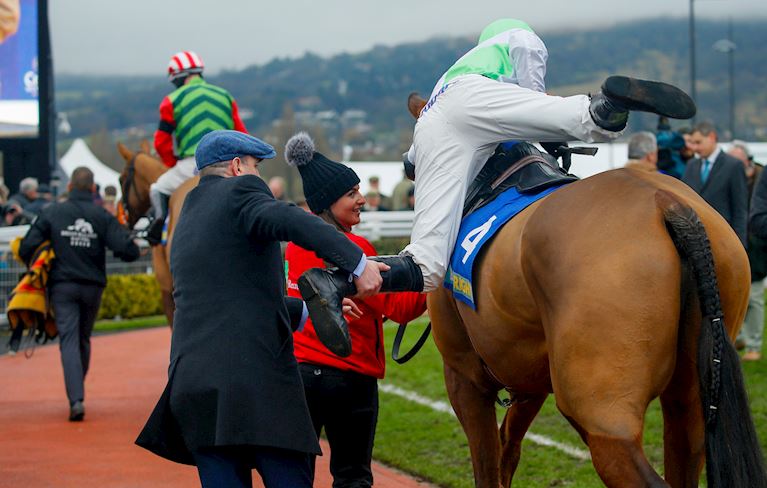 Four winners of the Paddy Power Cotswold Chase have gone on to win the Magners Cheltenham Gold Cup, and it’s a pretty good trial for Aintree too, with another three going on to win the Randox Health Grand National in April, the most recent of them Many Clouds in 2015.

The weather forecasters predict it will remain dry and relatively mild and with a supporting card that also features a competitive novice handicap chase and a tricky two-mile handicap hurdle it’s a great opportunity to enjoy Cheltenham for the last time before the Festival gates open on March 10.

There’s also more to the afternoon than just the racing. There will be live music around the course from The Hipcats, then more music after racing from Lampa in the Centaur Centre, plus a variety of hand-picked boutiques in the Shopping Village.

On top of that Tattersalls Cheltenham are staging the January Sale, at which a select group of winning and placed point-to-pointers and Jump horses will be offered for sale after racing.

Horse auctions are fascinating affairs, and we can expect some of them to change hands for eye-watering sums. Anyone can attend, so stick around, but best keep your hands in your pockets - unless of course you still have some Christmas money burning a hole in your pocket.

There’s no question the horse most racegoers will be looking forward to seeing is Paisley Park, who was following in the footsteps of the great Big Buck’s when impressing in last year’s galliardhomes.com Cleeve Hurdle.

Big Buck’s never looked back and nor so far has Paisley Park, whose Stayers’ Hurdle success the same afternoon as Frodon won the Ryanair made day three of last year’s Festival the best of the week for many racegoers.

We’ve only seen Paisley Park once since, when successful at Newbury in November, but Emma Lavelle’s decision to bypass Ascot the following month on account of desperate ground has reportedly paid off as he’s said to have thrived for the break. 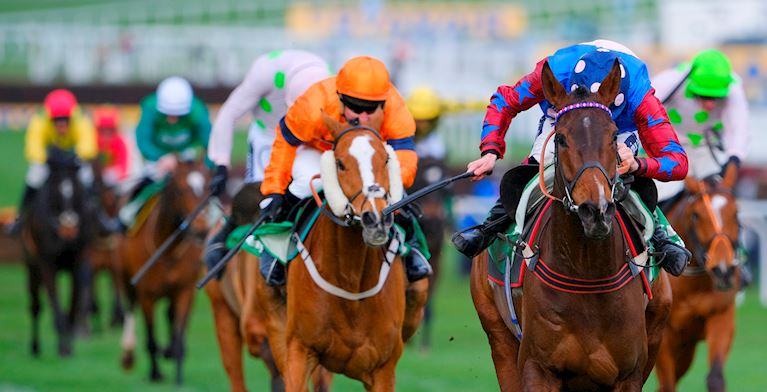 He’ll need to be near the top of his form mind you, as among his seven opponents are If The Cap Fits, who won a Grade 1 at Aintree in April on his only start over the trip, and Summerville Boy, a Festival winner in the Supreme Novices’ two years ago and successful again at Cheltenham last time out in the Relkeel Hurdle.

Most racegoers will be rooting for Paisley Park and his owner Andrew Gemmell, but If The Cap Fits has only 3lb to find according to official ratings and he reportedly enjoyed a good workout at Larkhill point-to-point course at the weekend.

It’s going to be interesting.

However, on paper the eight-year-old has plenty to find with the Gold Cup third and dual Betfair Chase winner Bristol De Mai expected to be a particular threat.

There is confidence too behind last year’s RSA Chase runner-up Santini, who Nicky Henderson assures us is “a completely different horse” to the one who struggled to win at Sandown Park on his reappearance.

The race is also all the better (and fascinating) for the inclusion of Colin Tizzard’s talented novice Slate House, pitched in against such established opponents at this stage of his career.

Throw in former Festival hero Mister Whitaker and Charlie Hall winner Top Ville Ben and it promises to be a cracker.

WOOLLACOTT HOPEFUL OF GETTING MORE FROM LALOR

The big betting race is the Paddy Power 45 Sleeps To Cheltenham Trophy Handicap Chase, in which Lalor bids to build upon a terrific third at the last meeting.

Lalor got into a great rhythm with Aidan Coleman on board and cheekpieces applied, looking back to somewhere near the form which carried him to an emotional Grade 1 hurdles win at Aintree two seasons ago and a hugely promising chase debut at Cheltenham last term. 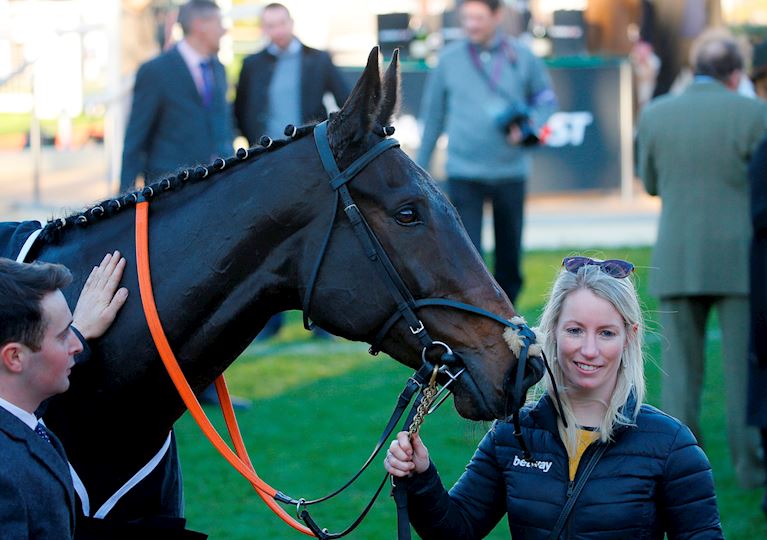 Kayley Woollacott is enduring a frustrating time of it and is still awaiting her first winner of the season, but Lalor ought to go very close.

Chris Gordon’s Highway One O One is another of the market leaders in an open race, and it’s always dangerous underestimating Paul Nicholls, who saddles My Way.

ON FORM CURTIS HEADS TO KEMPTON TO CONTINUE ALL WEATHER CHARGE

Saturday’s action on Jockey Club Racecourses is not confined to Cheltenham, as Kempton Park stages an eight-race meeting under lights which starts soon after the last race at Prestbury Park.

It might not boast the equine talent Cheltenham offers, but it’s competitive fare all the same and among the jockeys in action will be Ben Curtis, who has made a blistering start to the new year with more than 30 winners already, and Hollie Doyle, who is chasing him hard.

Curtis is running away with the all-weather jockey’s championship, which concludes on Good Friday, but Doyle is a match for anyone on the all-weather and has had three trebles in the last week alone.

Both will be doubling up after riding at Lingfield Park in the afternoon, and Curtis has obvious chances on Triple Spear and Los Camachos while Doyle will fancy her chances on Beau Geste and Vibrance.